Royal visit 2016: Keep up with Will and Kate

Tips and tricks on how to see Prince William and Kate Middleton—on TV, online, or in person. Here's what's happening Friday

Prince William and Kate Middleton, the duke and duchess of Cambridge, and in Canada with their children Sept. 24 and Oct. 1. Here is your guide to the monarchical affair, complete with a compilation of websites, TV channels and magazines through which you can watch the event—along with strategies to let you spot the visitors in person so you can bestow upon them the proper public displays of affection. 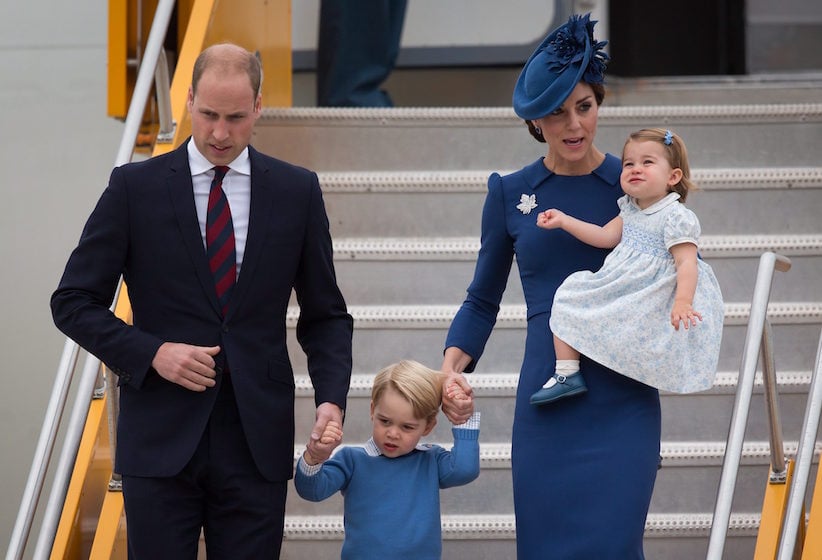 The Duke and Duchess of Cambridge and their children Prince George and Princess Charlotte arrive in Victoria, B.C., on Saturday, September 24, 2016. (Darryl Dyck, CP)

Haida Gwaii
Canoe to Skidegate at 11:50 a.m. to 12:20 p.m. They will attend the Haida heritage centre from 12:25 to 1:25, then receive a welcoming from First Nations leaders on the beach. They will later go on a boat fishing trip with the Skidegate Youth Centre.

The royal visit will take place in British Columbia and the Yukon. Vancouver bureau chief Nancy Macdonald will be on tour to report for Maclean’s, which will also post commentary from our royal specialist, Patricia Treble. The Maclean’s Archives will post throwbacks from Prince William’s 1998 trip to British Columbia when he was 15 years old.

CTV British Columbia has created a designated site for the royal visit, with photo galleries, live streams and “insider info.” The websites of Hello! Canada, Flare, Chatelaine, Today’s Parent and People will buzz with royal news; for British perspectives, you can read The Telegraph or even peek at tabloids like The Daily Mail.

Twitter will teem with live updates, too. Follow Kensington Palace and Heritage Canada, along with the Governor General of Canada and the Lieutenant-Governor of British Columbia.

Bloggers have already begun to commentate. Duchess Kate is among the most popular. For fashion critics, follow Go Fug Yourself or What Kate Wore. Maclean’s will publish a video and photo series of outfits designed by Canadians, custom-created for Kate Middleton. While most of the designs will be dresses, a more functional outfit will come from a designer at Mountain Equipment Co-op.

After visiting the East Coast in 2011, the royals will stick to the West Coast this time. Their itinerary goes as follows: 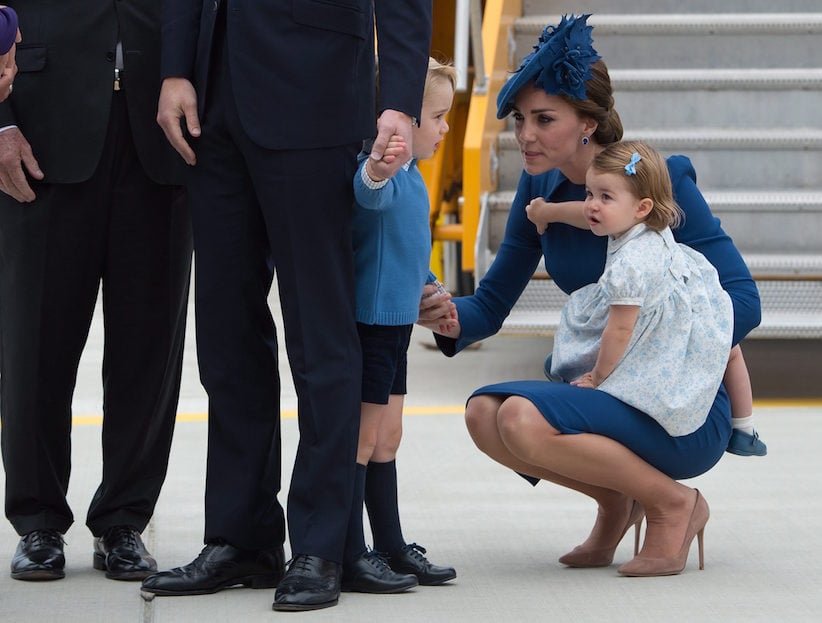 The Duchess of Cambridge holds Princess Charlotte as she speaks to Prince George as the family arrives in Victoria, B.C. (Jonathan Hayward, CP)

Public arrival at the Victoria Airport. 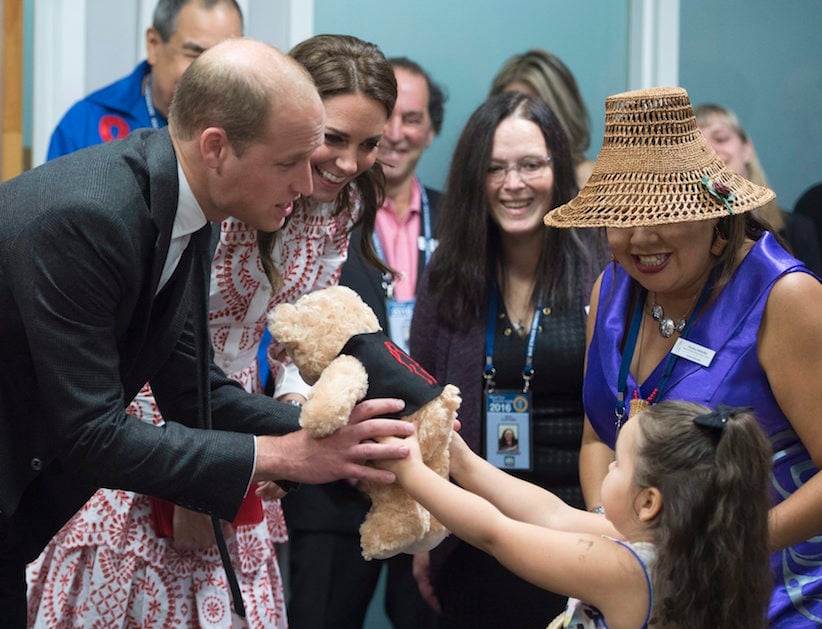 Five-minute public appearance as they board a seaplane in the Victoria Harbour.
Public arrival in Vancouver at the Vancouver Harbour Flight Centre.
They will spend the rest of their day in engagements with charities regarding pregnancy outreach, youth leadership and immigrant services, and will with meet the Canadian Coast Guard and Vancouver First Responders. 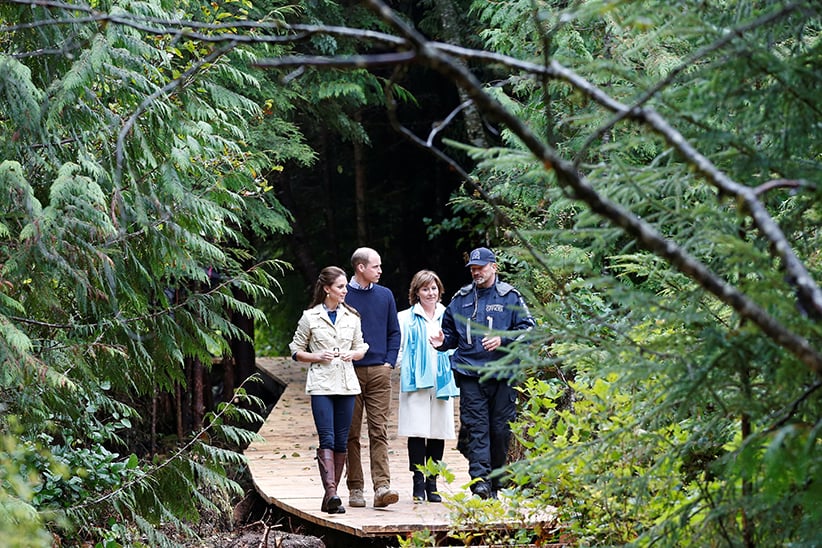 Arrival at the Bella Bella airport at noon and transfer to a float plane. Return to Victoria for a dinner with Canadian leaders. 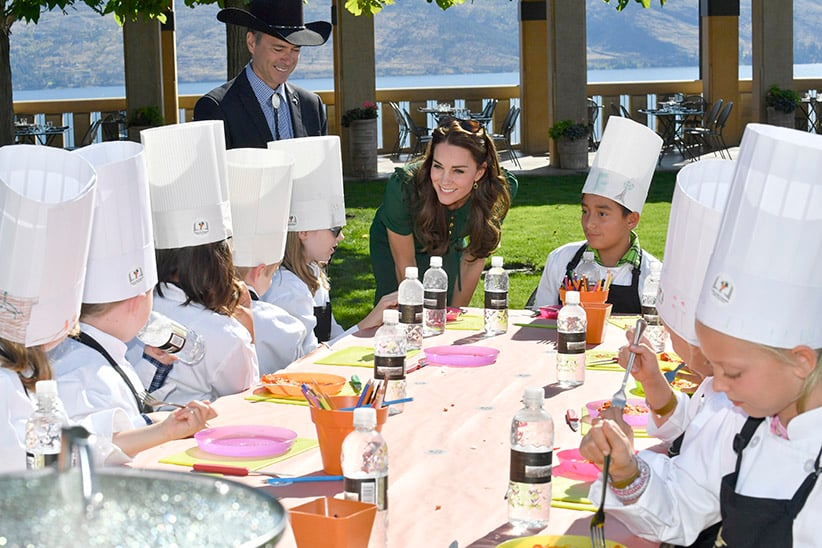 Public event at the UBC Okanagan Campus with speeches from UBC Kelowna’s women’s volleyball team. They will then visit a winery.
Arrival at the Whitehorse Airport with a welcome from the Canadian Rangers. 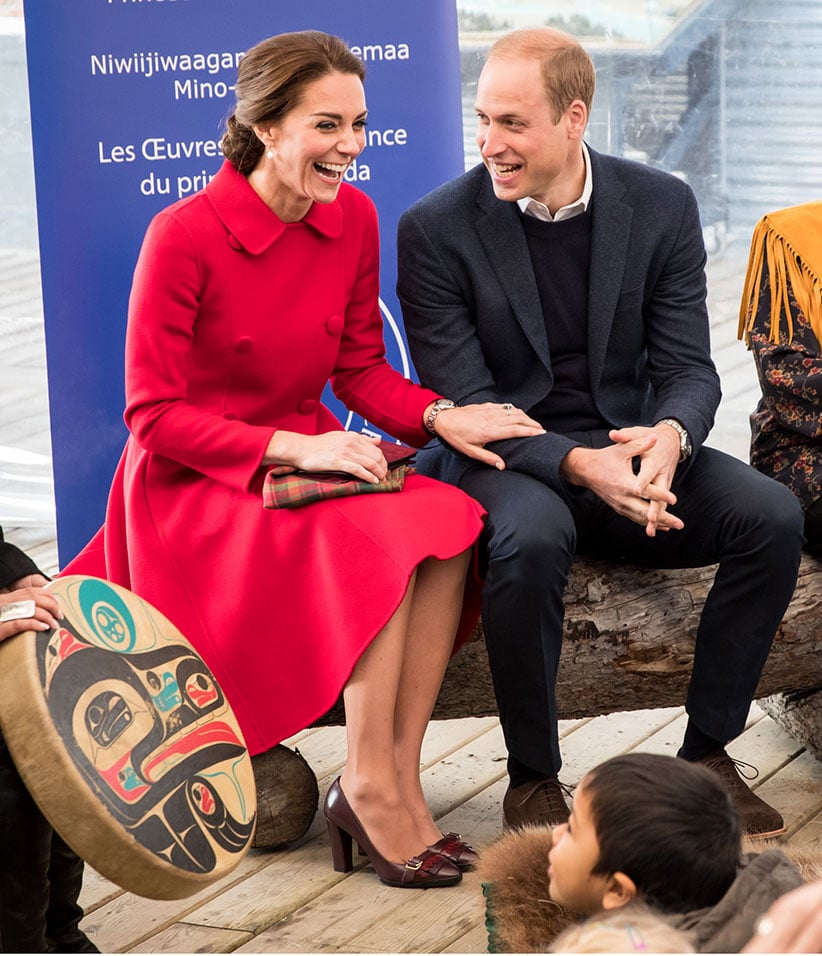 Public party on Main Street in Whitehorse. Appearance in Carcross Commons from 11:50 to 12:45. They will then see a mountain biking demonstration.

The Duke and Duchess of Cambridge, take part in a tea party with Prince George and Princess Charlotte at Government House in Victoria. (Jonathan Hayward, CP)

After the party for military families at Government House, the family planned to spend the day privately.

Oct. 1 – Victoria
Victoria harbour tour. They will board a tall ship with group of youth from a mental health organization and sail between 11:45 and 12:45.
Official farewell at 3:40 to 3:50 p.m. They will depart from the Victoria Harbour Airport.

Tips on how to see the royals

For the public events, arrive around three hours early wearing comfortable shoes. If you’re driving, park far, far away. Bring binoculars and rain gear if appropriate, and don’t bring an umbrella or lawn chair, which may confiscated by security to make room for other people. The departure will provide the only chance to see Prince George and Princess Charlotte. Otherwise, they will be with their nanny. Don’t expect to see any of the royals at non-public events, especially not at Government House, where they are reportedly staying in Victoria. The gardens of the House are closed, so don’t even think about it.

No selfies. Queen Elizabeth II and Prince Harry have both expressed hatred for selfies, so think of them as royalty, not celebrities. As the duke and duchess pass by, don’t reach for them unless they reach out to you. Even though the family owns a cocker spaniel, don’t bring your dog to meet them.

Only bring your children to public events if they really want to go, as they will likely be waiting around for hours. If your child desperately wants to see a prince or princess, make sure they know that they might not even catch sight of them. To increase the slim chance of a royal encounter, children can wear a formal outfit and bring a bouquet of colourful flowers to give to the prince or princess, which might lead the couple to approach.

Do not lift children onto your shoulders because people behind won’t be able to see, or the crowd could be so packed that you won’t be able to get the child down. If the child—or a fanatic parent—is disappointed about not seeing the royals, you can write a message or have your child draw a picture and mail it to the below address. Kensington Palace responds—with a signed and sealed envelope—to every single letter.