How to raise outdoor-loving, independent kids? Ask the Germans. 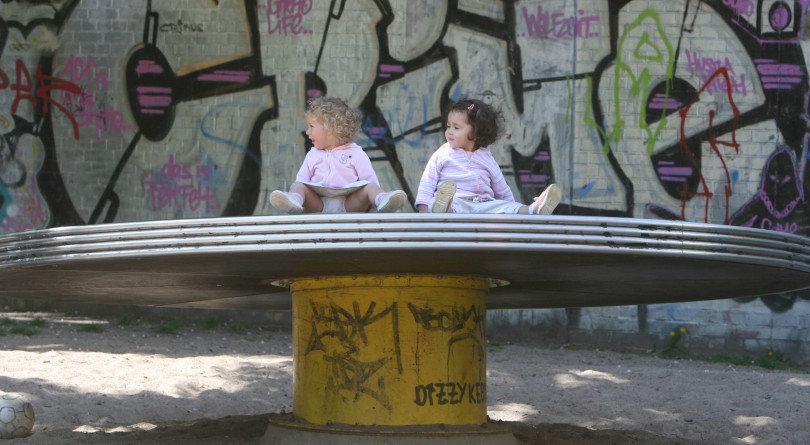 First rule of contemporary parenting: you’re not doing it right. Second rule: somebody else, somewhere else in the world, is.

Perhaps it’s the Finns, whose offspring don’t enter school until age 7 but are nonetheless The Smartest Kids in the World, according to science writer Amanda Ripley. Maybe the Chinese, depending on whether you think Yale law professor Amy Chua’s Battle Hymn of the Tiger Mom is the ultimate parental guide or child abuse or the peculiar practices of one hyper-achieving family. Could be the French, if you are of the heretical school that hardly dares—outside of journalist Pamela Druckerman in Bringing Up Bébé—speak its belief: the best parenting style is the one that’s easiest on parents.

Or maybe, surprisingly for any North American still harbouring notions of Teutonic strictness, it’s the Germans, who have made corporal punishment—and homeschooling—illegal, and whose children are far more free-range creatures (in every sense) than their counterparts across the Atlantic. As Sara Zaske recounts in Achtung Baby: An American Mom on the German Art of Raising Self-Reliant Children, she would often arrive at her daughter’s preschool on a hot day to find 18 tiny kinder happily splashing naked on its well-appointed grounds.

Zaske is not starry-eyed with wonder at all things Germanic in Achtung Baby, which makes it that much more valuable as a comparative to child raising in North America. But the weight on the scales certainly comes down on the European side. There is solid—from a U.S. perspective, massive—government support for parents as well as for their offspring: parental leave for mothers and fathers, heavily subsidized childcare, universal health coverage and parks galore. Berlin, half the size of New York, has more public playgrounds than the American city, while surveys show more than twice as many Germans (77 per cent) as Americans (31 per cent) aged 3 to 10 play outside daily.

READ MORE: How did good parenting become a crime?

The state support is crucial in every regard, from childbirth mortality stats on. Maternal and infant death rates for white, college-educated, married women are essentially identical in the two countries. But while rates for poor and minority women are roughly equal to those for the affluent in Germany, they are far from it in the U.S., making the overall national statistics starkly different: maternal fatality in America in 2012 was 15.9 per 100,000 live births, while six infants in a thousand died before their first birthday; in 2015, the German equivalents were six women and 3.4 infants.

From there, the help keeps on coming. German parents—and residents like Zaske, who arrived in Berlin with a toddler and delivered her second child there—have inexpensive, often free, daycare options. Almost 60 per cent of two-year-olds are enrolled; from age three onwards, participation is above 90 per cent. In the U.S., less than a quarter of under-fives are in formal care.

It may seem regimented to North American parents, even the well-off ones who have their kids enrolled in structured, formal settings—sports, music, summer camps—virtually every non-school instant. But it’s done in the name of selbständigkeit, or self-reliance. German parents debate the merits of attachment theory (strong emotional and physical attachment to at least one primary caregiver) and the Ferber method (getting babies to sleep encouraging through “self-soothing,” crying for some time before parents comfort them). They feel the same worry about allowing their children out of their sight, and the same concerns over their educational (and hence financial) futures. But the societal consensus is that confidence and esteem is built not only on assurance of parental support but also on problem solving and mastering (to a degree) one’s environment.

So the kinder not only spend far more time outdoors; they have class sleepovers in preschool; walk, bike or take public transit unaccompanied by adults at ages that that could get the police or child service officers called in Canada or the U.S.; play in parks with dangerous structures while out of parental sightlines; direct a lot of what they learn in preschool (instructors find the topics that interest their charges); have their toys taken away at regular intervals (to encourage their imaginations); are left to sort out their own disputes; and get early lessons in using fire and sharp knives. The way to make children free and responsible, writes Zaske, is “by giving them freedom and responsibility.” Druckerman, whose Bringing Up Bébé is as enjoyable for its snarky asides (French women, who have long been held up as superior to their Anglo counterparts in every way, do get a tad fatter the farther they are from Paris) as for its reporting, stresses similar state aid and social consensus in France.

And the second is as important as the first. Yes, the low rate of daycare participation in North American is primarily driven by the high, privately borne cost of it. But there is still a powerful belief that an at-home, full time mother is best for children, even among women who cannot afford to be that mom. There is little to no social consensus on parenting in contemporary North America, which is why Debra Harrell, a single black mother in South Carolina was arrested—and her child put in foster care—for dropping her nine-year-old daughter off in a park while she worked her McDonald’s shift. No one on any side of the roiling parental debates of the day could explain how any party—child, mother or state of South Carolina—was better off after that travesty.

Now that legal issues have joined social-media scorn, it’s hardly surprising that one of the most frequently cited stress-inducers among surveyed mothers is the feeling of being under constant judgment, a feeling intensified by their uncertainties about what’s right or wrong. Does any North American mother of young children not listen as much to subtext as surface comment, even from friends? When Druckerman mused aloud about placing her daughter in daycare, an American friend obliquely referred to her own child in response: “I want him to have a little more individual attention.” Sounds innocuous to an outsider, perhaps, but what Druckerman heard was, “Unlike you, I actually love my child and don’t want to institutionalize him.”

Nothing illuminates the maternal times like a story in Kim Brooks’ forthcoming Small Animals: Parenting in the Age of Fear, a book that had its genesis in the two-year legal odyssey that followed Brooks leaving her four-year-old son alone in her car for five minutes. After suggesting to three friends that they collectively establish, for a few summer weeks, an independence camp, with rotating home bases. When it was her turn, Brooks said, she’d be present but not organizing—the kids would have a radius, and within it would be free to “go to the park, go to the whatever, just do their own thing.” The women looked at her, she writes, as though they had judged her crazy. But it was Brooks’ response to that, which was most telling: “Why the hell not? Do you think they’re going to arrest us all?”