How to talk about cultural appropriation

Andray Domise explains why it's long past time for the conversation to evolve. 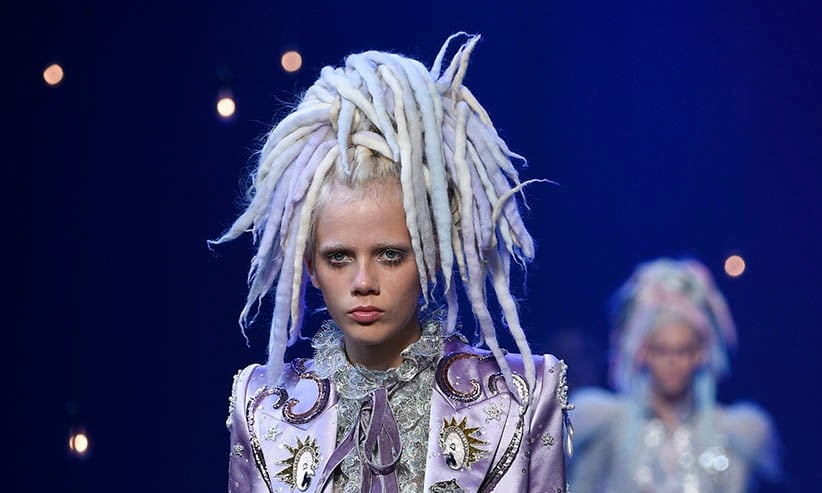 At Sunday’s Primetime Emmy Awards, Jeffrey Tambor picked up his second win for Outstanding Lead Actor in a Comedy Series. On the Amazon series Transparent, Tambor plays Maura Pfefferman, a transgender woman whose transition forces her shallow, upper-class wife and adult children to grapple with their own shortcomings. Jeffrey Tambor is a cisgender man—which means someone who identifies with their sex at birth, or anyone who isn’t transgender—and when he accepted the award, he made an open plea to Hollywood to make him an anomaly. “Please give transgender talent a chance. Give them auditions. Give them their story . . . I would not be unhappy were I the last cisgender male to play a transgender character on television.” With his acceptance speech, Tambor was the first high-profile name in weeks to address the issue of cultural appropriation with any degree of tact. Up to that point, the mainstream response to claims of appropriation have been pleading childlike ignorance at best, and downright hostility at worst. It’s long past time for the conversation to evolve.

Some refer to cultural appropriation as “borrowing” from other cultures, which is about the same as your least favourite houseguest “borrowing” your silverware. In the creative industries, where touching off trends among receptive audiences can bring multimillion dollar rewards, cultural appropriation is theft. It is plunder. It is lifting cultural aspects from underrepresented groups of people, and not only offering nothing in return, but expecting their gratitude for the promotion. It is trying other people’s identities on as costumes, while people who live within their skin, hair, culture, and gender identity struggle for acceptance. Navneet Alang, a writer for Hazlitt, wrote a piece last year on the appropriation of South Asian culture and offered a most succinct explanation of the phrase:

“[For] a certain kind of person, the whole world is waiting to be mined, packaged, and sold, regardless of what the things in question mean to people, or whom such selling benefits.”

Cultural appropriation is when Marc Jacobs affixes ludicrous neon dreadlocks to the hair of white models during New York Fashion Week, while the fashion industry has fewer high-profile black designers and models now than it did in the 1970s. It’s Jacobs’s claim “I don’t see colour,” in response to criticism, while putting his name on a makeup line whose colour scheme runs from “bone china” to “paper lunch bag,” and then claiming that Black women straightening their hair is also cultural appropriation. Never mind that many Black women’s hair is naturally straight, and that many curly-haired white women also straighten theirs. At a time when Black children are being disciplined by schools for wearing their hair in natural afros, when a biracial Zara employee in Toronto was reprimanded by management for her box braids, and when a Black employee at a Toronto Jack Astor’s was sent home for wearing her hair in a bun, this should not be a talking point.

I spoke with April Reign, managing editor of Broadway Black, and the creator of the #OscarsSoWhite hashtag that shook up Hollywood in the lead-up to last year’s Academy Awards. “In movies,” Reign said, “they hire cops as consultants in films. So why wouldn’t you respect someone else’s culture in an area where you’re getting paid? If you’re going to make money off my culture through your book, your fashion line, your movie, or your TV show, but you’re not being considerate of it, that’s where I really have a problem.” I joked that an answer might be, for example, to hire “Blackness consultants.” But Reign said the idea wasn’t so far-fetched, because in order to properly respect a culture, entertainment creators need to engage with people who were born into and live within the culture. These exchanges need to be meaningful and mutually beneficial.

Put another way, cultural appropriation is what keeps scores of trans actors underemployed, while cisgender men like Jared Leto and Eddie Redmayne are hailed for their bravery in playing trans women on screen. It’s Matt Bomer, another cisgender man, refusing to answer to trans women who questioned his decision to accept the role of a trans woman in the upcoming film Anything. It’s his castmate Mark Ruffalo pleading for compassion and understanding because the film’s already been shot, rather than showing compassion and understanding to trans women fed up with seeing their identities simplified to men in drag by the film industry.

Yet, with less than 30 seconds of speaking, Jeffrey Tambor showed how easy the dialogue on cultural appropriation can be. If he can use his platform to do this so effortlessly, then his creative peers are out of excuses.