I fled Putin’s Russia for Canada. It opened my eyes.

Canada showed me the importance of Indigenous rights. Now I want the same for Indigenous people in Russia. 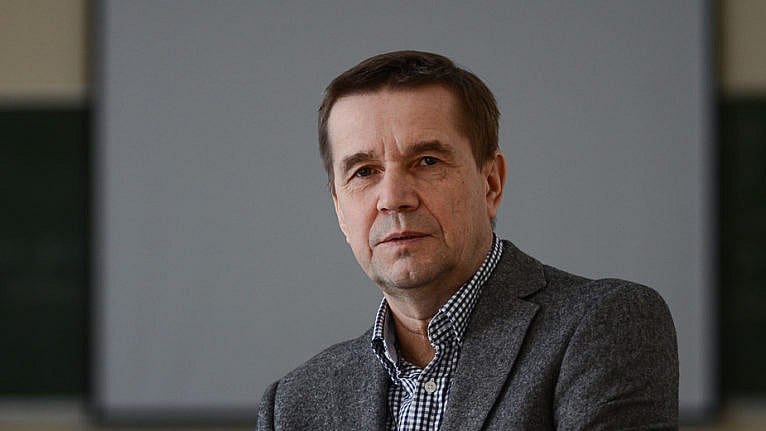 Inspired by Canada's reckoning with its colonial past, Nikola Zyuzev is developing projects to support Russia's Indigenous communities targeted by the Putin regime (Photo courtesy semnasem.org)

I decided to leave Vladimir Putin’s Russia—the first time—in 2006. And though it’s almost impossible to imagine now, people at home and around the world that year were applauding the Russian president’s successes. Russia had just hosted a G8 summit and signed a deal with the U.S. which eventually allowed it to join the World Trade Organization. Oil and gas profits were up, the economy was booming and Russians were enjoying middle-class luxuries—cafés, restaurants, vacations—that people in the West take for granted.

But as a social and political philosopher, it’s my job to look beyond the glittery surface, and it wasn’t hard to see signs of rot. Russia’s state-controlled gas monopoly, Gazprom, had cut off supplies to Ukraine over price disagreements, demonstrating the Kremlin’s willingness to use energy as a geopolitical weapon. Tensions with Georgia were rising as the former Soviet Republic butted heads with Putin by developing closer ties with the West.

And Putin and his supporters were growing bolder and less tolerant of dissent at home. In October, the brutal assassination of journalist Anna Politkovskaya was a chilling warning to whose who dared to criticize the regime. Politkovskaya had become famous for criticism of Putin, and for her sympathetic reporting from Chechnya, which during the Soviet era had existed as an autonomous ethnic republic within the Soviet Union. After the fall of the USSR, Chechens demanded their freedom, sparking years of brutal conflict with Russia.

Politkovskaya’s murder was a warning to dissidents, and the crushing of the Chechen uprising was a warning to members of Russia’s Indigenous and ethnic minorities. I was both. I’m from the Komi minority, a Finno-Ugric people whose own republic, with a population of nearly one million, lies 1,000 kilometres northwest of Moscow. The Komi people have a distinct language and culture dating back at least two millennia, but under Putin’s rule, we face cultural and linguistic extinction. Like all of Russia’s nearly two dozen republics and four autonomous districts, the Komi Republic is supposed to have some degree of autonomy; in practice, it has none.

I didn’t want to live in a nation tumbling headlong toward fascism—and I definitely didn’t want my daughter growing up in one. I applied to Canada for permanent residency, and in July 2009, I left for Toronto. In 2015, I became a Canadian citizen.

During those years, I watched from a distance as all my worst fears about my homeland materialized. Just months before I left Russia, a radical priest named Kirill—a Putin ally—became patriarch of the Russian Orthodox Church. Likely under Putin’s orders, he began delivering sermons glorifying the “Russian World,” an idealized ethnic Russian homeland populated by true Christians fighting an onslaught of Western decadence. It goes without saying that this worldview left no room for communities like mine to exist with any degree of self-determination—instead, they were to be assimilated into Putin’s monolithic vision of Russia.

In Canada, these developments hit unusually close to my new home. When I arrived, Canada was struggling with its own relationship to its colonial past, and the crimes committed against Indigenous people in this country. The Truth and Reconciliation Commission was hard at work investigating the residential school system, which bore striking similarities to an attempt in Russia to erase the Nenets people in the country’s far north between the 1950s and 1970s: children were forcibly removed from their families to be “re-educated” in Soviet schools, where they were abused and many died. Russians don’t talk about that past anymore—any mention of it would almost certainly mean imprisonment. Canada, by contrast, had struck up a national conversation about redressing these evils, and I was amazed by the willingness of so many Canadians to confront this dark past with honesty.

My experiences in Canada planted a seed. Would it be possible for ethnic Russians to wake up to their imperialist past and own up to the damage done to Indigenous peoples who lived on the lands they now occupied? Was reconciliation possible within the so-called Russian World? It if was, could I help make it happen?

In 2015, I was asked to lead a new research centre at the Pitirim Sorokin Syktyvkar State University—right in my hometown of Syktyvkar, the capital of the Komi Republic.

How could I say no? My daughter had grown into a remarkable teenager who excelled in her new Canadian life, but my marriage had unravelled, and I was having no luck breaking into Canada’s tough academic job market. Despite my reservations about what was happening in Russia, I couldn’t pass up a chance get back into the classroom with students and reinvigorate my scholarly career. The research centre’s mandate involved forging new relationships with scholars in Europe, North America and elsewhere. It felt like a way to push back against Putin’s parochial vision of Russia’s future.

But soon after arriving back in Russia in July 2015 I realized just how unbearable things had become—and it was the attitude to Indigenous and other ethnic communities that was most disturbing. Rather than moving closer to the Canadian model of engagement and conversation that had inspired such optimism in me, things had gone in the opposite direction. People accepted official propaganda almost unquestioningly. Most cheered on Russia’s 2014 annexation of Crimea, in southern Ukraine, as a legitimate exercise of power, to bring back to Russia what belonged to it. And animosity toward the Western world had grown—increasingly, people were convinced that the West wanted to destroy Russia. It was impossible to debate any of these claims; even university colleagues would simply claim I’d been “fooled” by American propaganda.

The idea of making an impact as a scholar looked remote. I still found solace in the classroom—most of my students were immune to official propaganda and interested in my firsthand experience in the west. They were my main moral support throughout that seven-year stint in Syktyvkar. But the oppressive weight of Putin’s Potemkin nation eventually became too much to bear.

So in the fall of 2021, I approached two friends—one a sociologist and retired politician, the other a linguist studying the Komi language—and brought to them a radical new idea: to establish an online Finno-Ugric University. It would offer high-quality social sciences education to Komi youth, help them think more critically and, importantly, raise awareness about the injustices suffered by the Komi people. 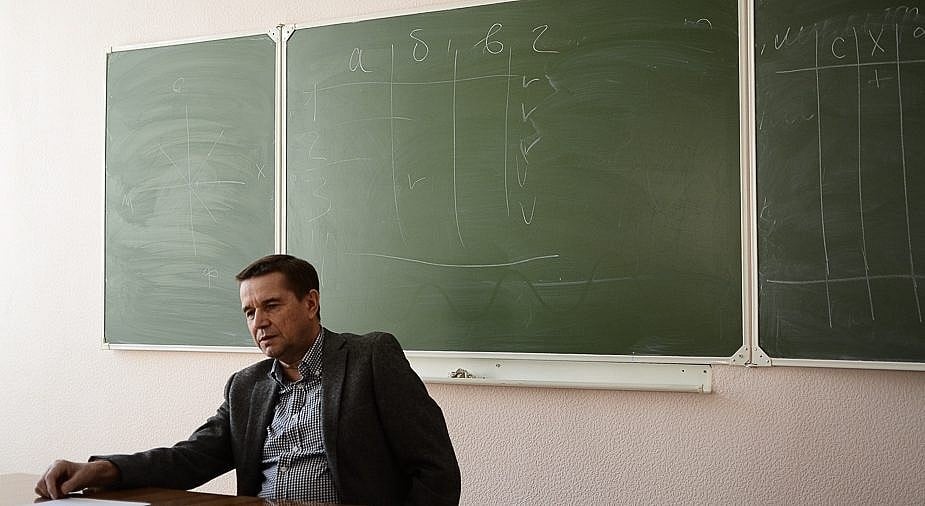 While we were trying to find funding, Leonid Zilberg, a Jewish businessman and advocate of minority rights in Russia, suggested that we collaborate with his online magazine, 7×7, and expand the project to include all of Russia’s minority groups. Zilberg had fought against rising antisemitism for years in Russia, and he founded 7×7 in 2010 to tell the stories of Russia’s minorities.

Our project got an extra boost of urgency after the invasion of Ukraine last year. Leonid and his staff at 7×7 were forced to relocate to Vilnius, the Lithuanian capital, after Putin announced a new law punishing anyone who questioned the war with up to 15 years in jail. It was already obvious to me and my colleagues that launching the project inside Russia was impossible—we’d never get a licence for it, and if by some miracle we did, we would instantly be labelled a “separatist” organization and jailed.

Putin’s newest crackdowns made it even more obvious that self-imposed exile was the only option, so in May of 2022, I boarded a flight to Istanbul, one of the few cities still accepting air travel from Russia. From there I headed to Vilnius, joining Leonid and his team.

Since then, Leonid and I have been travelling throughout Europe raising awareness—and money—for what we’re tentatively calling the Indigenous Russia Information and Education Center. We sense an opportunity in the aftermath of Putin’s disastrous invasion of Ukraine: Indigenous peoples have been disproportionately affected by the war, both on the battlefield and as conscripts to Russia’s army. Minority groups in the republics are waking anew to the threat the Kremlin poses. Our hope is that demands for decolonization will become stronger, and the Kremlin will lose its grip on the republics. There may be a rare window of opportunity now to change the conversation in Russia—one we can’t waste.

I know that in Canada, the fight for Indigenous rights is far from over, and abuses and racism are still part of daily life for many Indigenous people. But the scope of legal rights Indigenous peoples have achieved—governing their ancestral lands, compensation for natural resources, financial support from the government, official apologies for past injustices—is simply unthinkable in Russia. I look at the resurgence of Indigenous peoples in Canada and wonder what might be possible at home. And I look at my daughter, who has completed a master’s degree and now works for the Canada Revenue Agency. What would her life be if we hadn’t left?

She was lucky, and so was I. But millions of people belonging to ethnic and Indigenous groups in my homeland are suffering. Their languages and cultures are being wiped out by a regime that believes diversity is a threat, that it must absorb and assimilate anything that’s different. In less than two decades I’ve watched my country throw away a seemingly bright future to become a warmongering global pariah. The only way to course-correct now is to repudiate Putin’s vision, and to embrace the diversity and vitality of its many peoples.

—As told to Adnan Khan