Nicknamed Bablo (meaning bubbly), he liked to explore. He was devoted to his church and planned to marry in February. 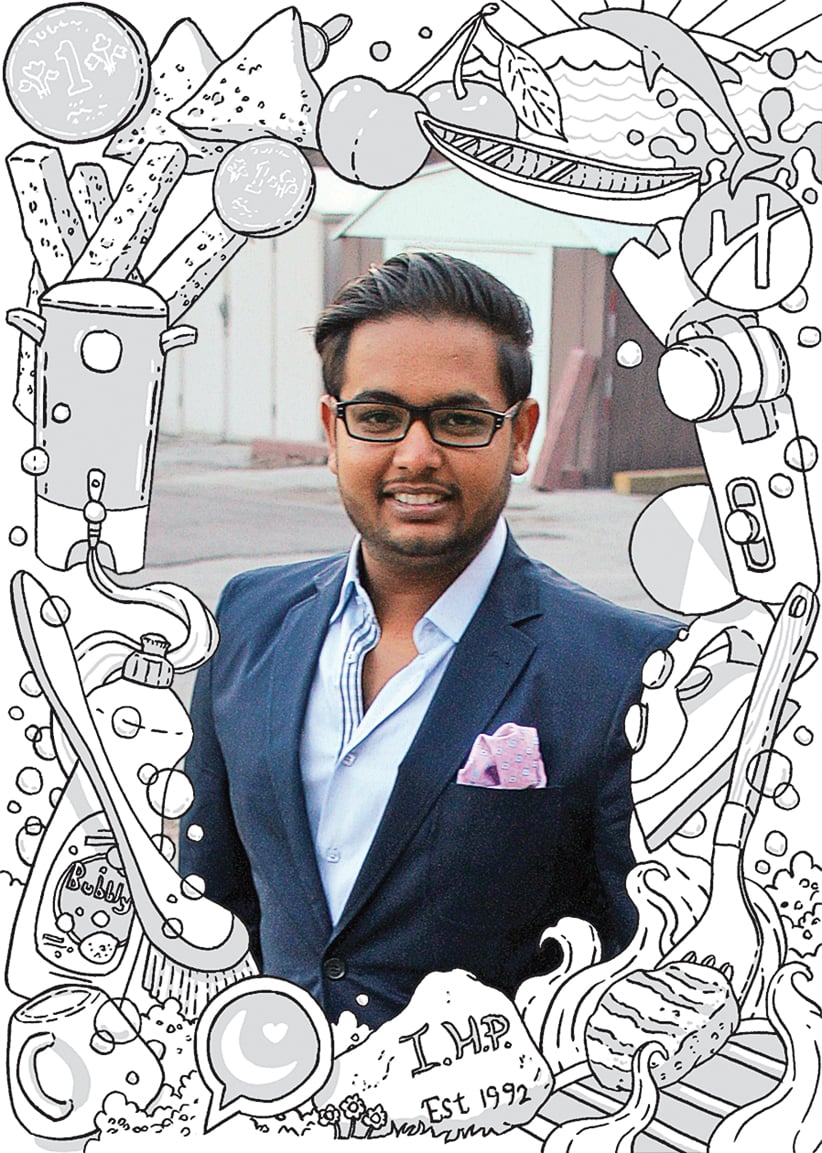 Ian Henrey Pervez was born on Jan. 8, 1992, in Karachi, Pakistan, to Nasreen, a housewife, and Pervez Pervez, who worked in a pharmacy. His sister, Jacinta, was one year older, and his brother, Harrison, a year younger. His third sibling, Mark, was four years his junior to the day.

While neighbouring children played cricket, Ian prioritized class. Each morning at 6 a.m., a bus shuttled Ian and Jacinta across Karachi to a private school, which they supplemented with evening tutoring sessions. “He was such an obedient child,” says Jacinta. To the extent that Ian had fun, he would hop around pillars at school and use his pocket money to buy samosas or french fries while waiting for the afternoon bus ride. His nickname was Bablo, meaning “bubbly.”

When Ian was 11, his father immigrated to Canada, where he worked as a truck driver for Canadian Tire in Brampton, Ont. Three years later, Nasreen and the children joined him. From touchdown in Toronto, Ian was the family guide, navigating the airport and loading the luggage cart. They reached their father’s apartment and fell asleep at noon. When his mother and siblings awoke the next day, Ian was already out with his father, shopping for beds.

Canada was full of surprises. First: the houses weren’t made of concrete like they had been in Pakistan. Ian worried about leaving a stove open or slamming a door in such a fragile structure. “When we got to know the house was wood-made,” says Jacinta, “we just looked at each other like, ‘What is going on?’ ” At Ian’s Grade 8 graduation ceremony that spring, he was eager to get a grad photo taken, only to learn the pictures had been shot in January. “That was heartbreaking for him,” says Jacinta.

Ian became devoted to his Protestant church, the Cornerstone Asian Church in Mississauga. Every Sunday during prayer, he disappeared to the basement to brew tea for the congregation, and he brought a T-shirt to wear while scrubbing teacups afterward. He taxied parishioners to and from mass and bought new sound gear using earnings from a job at KFC. In choir, he learned to play an instrument resembling the bugle. “He never, ever missed church,” says his pastor, Peter Paul.

Cherry-picking in Muskoka, dolphin-watching at Marineland—Ian liked to explore. “He would sit down with Google and look up new places,” says Harrison. When he turtled his canoe on one camping trip, not knowing how to swim but wearing a lifejacket, he splashed around dramatically for 15 minutes until a lifeguard heaved him aboard her own canoe. “She basically gave him a boost,” says Ian’s best friend, Ayub Paul. “He was pretending to be a little princess.” On every trip, Ian was responsible for food. He preferred all things barbecued and would erect a grill on any available surface (non-wooden). Helpful without being asked, he would also iron his father’s church clothes, usher his sister over black ice in the winter and coach Mark to reverse-park the family’s Toyota sedan. “I’m telling you, it is possible,” he would say, as Mark recalls.

After graduating high school, Ian enrolled in engineering at Humber College with a focus on robotics. He had always been tech-savvy, finding glitches in PlayStation games and being first of his friends to sign up for MSN and Facebook. Throughout his degree, he worked at Fujifilm and Watch Station. When he drew in his sketchbook during time alone, he stuck to two preferred subjects: luxury cars and his favourite character, Winnie the Pooh.

In the fall of 2015, Ian got a job as a ramp operator with Air Canada at Toronto Pearson International Airport. He often worked night shifts ending at 11:30 p.m., and he took his siblings on vacations using his employee benefits. Around the same time, Ian’s father returned to Pakistan to find him a bride. He chose the daughter of a family friend, Stephanie Kahn, who Ian befriended to great delight through Skype and WhatsApp. They met in Karachi and held an engagement ceremony. “Suddenly he had this urge to get married,” says Ayub Paul. The wedding was set for February 2017.

On the night of April 22, Ian was working at the airport. As he drove a luggage cart around 11 p.m., the cart rolled over. Ian was “ejected” onto the tarmac, police say, and he was pronounced dead on the scene. Police are investigating the death. Ian was 24, and his wedding was 10 months away.