In praise of Bubbie Shoshie

For my Bubbie, news of my gayness wasn’t cause for celebration. It was an afterthought. 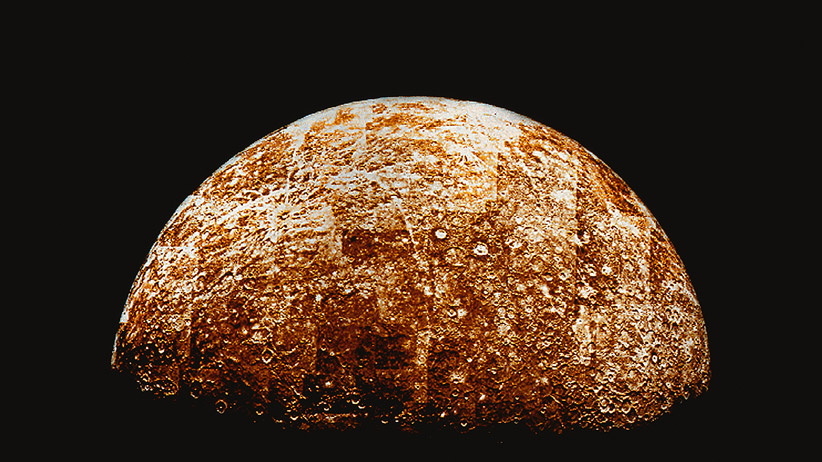 Three weeks ago I stepped out of the shower and stubbed my big toe, very hard, on the bottom corner of the bathroom door—a collision that tore my nail clean off. As I sat naked on the toilet, writhing in pain, gripping my blood-soaked foot, my girlfriend, Ella, appeared in the doorway. “It’s Mercury,” she said. “Mercury is in retrograde.”

For anyone unfamiliar with astrology, “Mercury is in retrograde” is the astrologist’s “I told you so.” More specifically, it is the theory that when the planet Mercury slows in its orbit, creating the optical illusion that it is moving backwards, life on Earth is adversely affected. “In astrology, each planet is associated with a different area of life, and Mercury is the communication planet,” says Ophira Edut, co-author of Astrostyle, a popular horoscope blog. “Anything associated with communication, especially electronics, is affected by Mercury in retrograde.” (Mercury was last in retrograde between Jan. 21 and Feb. 11—hence Ella’s recent astrological alert).

What any of this has to do with my toenail, I’m still not sure. All I know is since my mishap Ella has become increasingly fond of imparting this kernel of mystical wisdom, rather annoyingly, after something in our lives goes wrong. When our Netflix froze one day and I tried to rejig the cable that connects my laptop to our television, she crouched down to remind me for the millionth time that Mercury was in retrograde. When I lost my cellphone at a house party she blamed Mercury (I blamed Smirnoff) and when she accidentally forwarded an embarrassing private email to our apartment building’s property manager (in which I referred to the woman, regrettably, in terms that cannot be published in this magazine), I received several text messages from Ella that read, “OMG, OMG, OMG,” followed by her now short-form pronouncement of doom: “MERCURY.”

When I tried to explain to Ella that bad things happen everywhere all the time—if you live in West Africa or you’re a player on the Toronto Maple Leafs, Mercury must feel like it’s in retrograde every day—she looked at me like I was profoundly lame. “Who cares,” she says. “It makes me feel better. Why does that bother you?”

I suppose it bothers me because despite the fact that it is Ella who is newly preoccupied with astrology, all of Mercury’s bad juju seems to be affecting me. You could call it the astrological/Jewish Princess version of the Book of Job: First they came for my nail. Then they came for my iPhone. And finally, they came for my grandmother.

Last week my Bubbie Shoshie died. She was 94 years old. She was not, to my knowledge, a believer in astrology, but she would never fault Ella—or anyone for that matter—for being one. There is a stereotype about grandmothers, Jewish ones in particular, that they nag excessively, and like, say, Mercury in retrograde, they push you in directions you don’t want to go. Bubbie Shoshie was not that kind of grandmother. She was honest to a fault (when I asked her if she liked my manicure she said very plainly that she didn’t) but her only concern was my contentment.

“Emma has a girlfriend,” my father told her five years ago—his way of explaining that I was gay. “Emma has lots of girlfriends,” was her response. “No,” he corrected her, “Not a girl who is a friend, a girlfriend.” “Oh,” said Bubbie Shoshie. “That’s nice.” And that was that.

This radically minimalist response to my coming out meant the world to me, especially since my mother (whom I love and appreciate very much) had taken to laminating gay rights posters and hanging them in my childhood bedroom. Almost everyone around me was vocally supportive—another rare privilege I don’t take for granted—but for my Bubbie, news of my gayness wasn’t cause for celebration. It was an afterthought, a slight shift no more jarring than a change in lunch plans.

Ella possesses this same easygoing lightness in spirit; a constitutional refusal to pester others about their choices or beliefs, not because doing so is wrong but because, I suspect, doing so simply doesn’t interest her. “Who cares,” she’d say. “As long as you’re happy.” Their similarity in spirit dawned on me, last Tuesday, when the phone rang at 6:00 a.m. We both immediately knew the tenor of the call because of the time—only the details were in doubt. I turned to Ella and told her it was my Bubbie. “Mercury,” I said. “It’s in retrograde.”