In the Great War, 1916 marked the point of no return

This year marks the centennial of many important—if under-recognized—historic events. The first in a series of why 1916 was such an interesting year 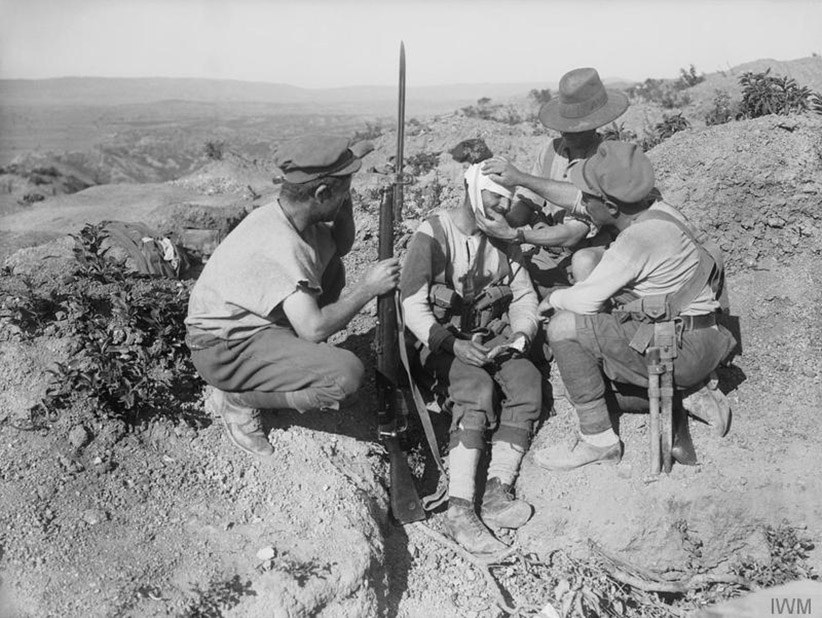 For Canadians, 2016 is a pause point in the four-year span of notable 100th anniversaries of the First World War, because 1916—the year before Vimy Ridge—was a pause year in the history of the Western Front as it pertains to Canadians. At least, that is, to the nine-province Dominion that fought both world wars. For Newfoundlanders, no single year of the conflict looms more importantly, or more darkly, than 1916. On July 1, they will commemorate their part in the centennial of the opening day of the Battle of the Somme, the bloodiest day in imperial Britain’s military history. At Beaumont-Hamel, their part of the line, 780 men of the Newfoundland Regiment advanced: within 20 minutes 80 percent were dead, dying or wounded: only 68 appeared at roll call the next day. Canadians, although they fought later during the months-long battle, and would die in their thousands at Vimy and Passchendaele the following year, were spared the worst of the Somme.

Yet 1916 was a hinge year in the Great War, the year that produced “the first cracks in the bodies politic” of the belligerents, as Irish historian Keith Jeffery says in an interview. His 1916: A Global History, describes it as the year of slaughter that presaged the collapse to come of the pre-war world by making it “impossible to return to the status quo ante,” while demonstrating—for nations fixated, in collective memory, on the Western Front—why the conflict is called a world war. In 12 chapters, organized on a monthly basis, Jeffery ranges from the Somme to Central Asia and Africa before ending the December murder of Rasputin in Russia. Maclean’s will revisit these events through the year as their centennials arrive, beginning with Jeffery’s January entry, the retreat from Gallipoli.

Winston Churchill’s attack on the Ottoman Empire, an attempt to mount an end-run around the quagmire in Europe, is as iconic a moment in birth-of-the-nation mythology for Australians and New Zealanders as Vimy Ridge is for Canadians. The attempt to seize control of the Dardanelles strait in Turkey in April 1915, brought a global kaleidoscope of ethnicities on both sides to the fight: British, French, Turks, Arabs, Sengalese and more, including Anzacs, as the combined Australian-New Zealand forces were known. That it was a bloody military catastrophe—some Anzac regiments experienced Beaumont-Hamel-level casualties—proved immaterial in the campaign’s place in national consciousness in the Anzac countries. (In that regard, agrees Jeffery, whose great-uncle fought at Vimy with the Royal Canadians, Canada’s victory at Vimy—secured by men from every province fighting together for the first time—was not as important as the sense of common purpose the battle engendered.)

For the Anzac dominions, both even younger than confederated Canada, there is a straight line from what was seen as a “baptism of fire” to their emergence as independent nations. The April 25 early morning landing is commemorated every year in both countries as Anzac Day; dawn services are popular events on a day of commemoration that surpasses Remembrance Day. Nor were nationalistic repercussions restricted to them: victory at Gallipoli has an iconic place in the creation of the Turkish republic out of the ashes of the Ottoman Empire, while the high level of Irish casualties among Irish troops in the British forces was one of the factors that contributed to the Irish Easter Rising, the subject of Jeffery’s April chapter.

For Jeffery, increasing nationalism in the British dominions is a muted sign—most dominion troops fought for “Empire as well as country,” he says—of how, in more oppressed or restive populations, nationalism was beginning to defeat empire in the last great imperial conflict. Gallipoli, like the Irish rebellion and even Vimy, represents a moment in the “disaggregation” of not just the British Empire, but Britain itself, a process, as witnessed by 2014’s Scottish referendum, still ongoing a century later.

Brian Bethune will be writing a new story in this series on 1916, an under-recognized year in world history, every month.