Inuktut deserves a place in the Official Languages Act 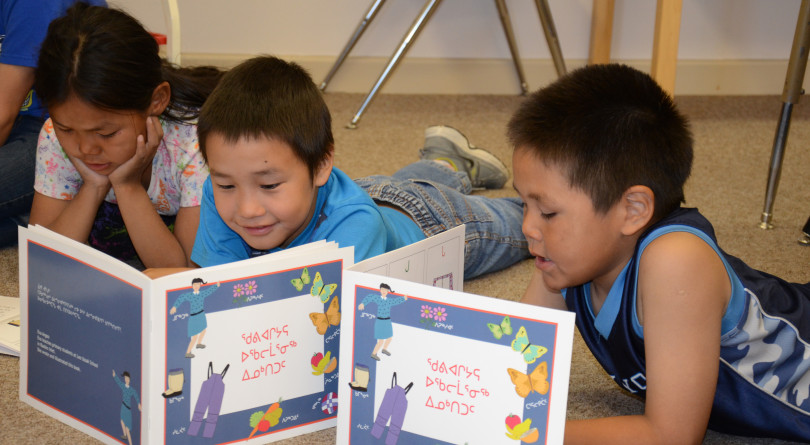 Aluki Kotierk is the president of Nunavut Tunngavik Inc., the organization founded to ensure the promises made to Inuit under the Nunavut Agreement are carried out

Read this article in Inuktut here.

Imagine the international envy if Canada took the bold step of modernizing the Official Languages Act to include an Indigenous language. It would be a courageous step in the advancement of reconciliation at a time when there is no relationship more important than that with Indigenous peoples.

Now is the time for such a bold step; 2019 marks the 50-year anniversary of the Official Languages Act, the 20-year anniversary of the Territory of Nunavut and it is also the UNESCO International Year of Indigenous Languages. Earlier this year, Melanie Joly, the minister of tourism, official languages and the Francophonie announced that the federal government would hold a series of consultations meant to lead to a thorough modernization of the act.

Nunavut Inuit are proud Canadians but are equally and fiercely proud Inuit. Inuktut, our Inuit language is the heart of who we are. It is an important aspect of our collective identity. In Nunavut, the public majority speak Inuktut as their mother tongue. Unlike any other jurisdiction in Canada, French and English are both minority languages in Nunavut. This is a unique fact that was certainly not considered in 1969 when the Official Languages Act was passed into law.

RELATED: As Nunavut turns 20, Inuit rethink their own governance

At the time, Nunavut as a political and geographic jurisdiction within Canada did not exist. Inuit envisioned, through the creation of the Territory of Nunavut, that Inuktut would be the working language of the territorial public service and that the programs and services delivered by this territorial public government would incorporate the Inuit language and equally important, the Inuit culture and Inuit ways of being.

The modernization of the Official Languages Act must capture the current, modern jurisdictional map of Canada and recognize that Inuktut is the mother tongue, and the language most used, by the public majority in Nunavut. This is crucial if the act is to remain relevant and appropriate.

In Nunavut, Inuktut is declining at the rate of one per cent per year. At that rate, in 30 years, Inuktut will be spoken at home by only four per cent of Nunavut Inuit. Nunavut Inuit are very young. With such a young population, the passing of language skills becomes even more important. The importance of supporting Inuktut as Language of Instruction (LOI) in formal education systems cannot be over-emphasized.

RELATED: On the Inuktut language, the Inuit may have been too welcoming

One of the purposes of the federal Official Languages Act is to ensure that the powers, duties and functions of federal institutions reflect the official languages of Canada. In Nunavut, a jurisdiction of Canada, Inuktut is recognized territorially as an official language, alongside English and French. The majority Inuit Canadians expect and deserve to receive essential services in Inuktut. The Official Languages Act needs to be modernized to affirm and support the right of Inuit Canadians to communicate with and receive services from federal institutions in Inuktut.

With the federal government’s work on Bill C-91, the Indigenous Language Act, Inuit have been clear that essential services must be available, in Inuktut, for Inuit in the areas of health, education and justice. It is a matter of life and death. The version of Bill C-91 passed recently by the House of Commons fails to address key requirements. We continue to work through the process, now in Senate Committee review, towards possible amendments to C-91.

Reconciliation requires that there be an end to the inequitable treatment of Inuit. Inuit Canadians should not be dying because they are unable to access and receive essential services on an equitable basis with other Canadians. What we expect, in our homelands, is that Nunavut Inuit can walk with dignity and receive the services that are available and comparable to other Canadians who receive services, in their own language, rather than relying informally on relatives to interpret. Accessing such services is a basic human right that must be upheld for all Canadians.

RELATED: What happens when Nunavut’s rapidly growing capital city runs out of water?

Canada was a world leader 50 years ago, in affirming more than one official language. Today, the country can remain a world leader by affirming official language status to an Indigenous language in a jurisdiction where it is the public majority language. It is entirely open to the federal government to give statutory official status protection to Inuktut within Nunavut, without impairing the Constitutional rights pertaining to French and English.

Canada, as a country, needs to make this commitment to recognize Inuktut as an official original founding language within the Nunavut Territory. Strengthening Inuktut supports in Nunavut will have a lasting and positive impact on social and economic conditions on Inuit Canadians; a fitting and invaluable legacy.