Is it time to kill the funeral procession?

Drivers are less aware—and less respectful—of the fading tradition. And while accidents are rare, some argue the risks are now too high. 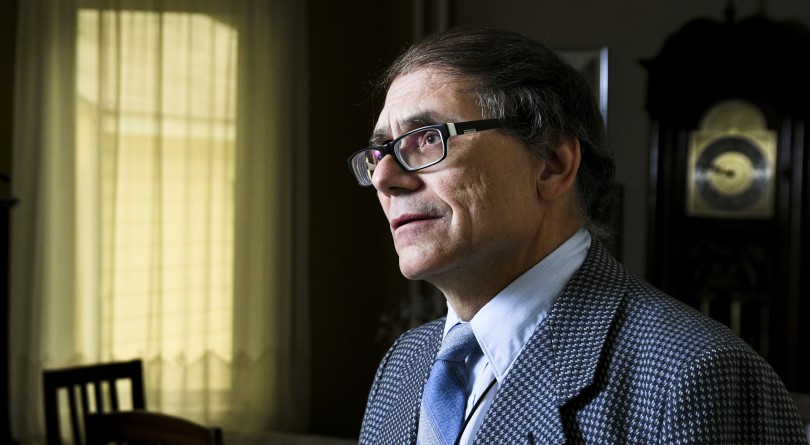 It was a crummy day for Winnipeg lay minister Thomas Novak. On Aug. 13, Novak, 62, a brother with the Missionary Oblates of Mary Immaculate, was presiding over a funeral. There was a dreary rain falling as a modest procession of vehicles went from the funeral home to the cemetery.

Novak ministers to two or three funerals a week in Winnipeg and has participated in numerous processions, but that day the lead car from the funeral home, followed closely by the hearse, proceeded at an unusually brisk pace, he says. As those two vehicles entered the busy intersection at Inkster Boulevard and McPhillips Street on a green light—where 12 lanes of trafﬁc criss-cross—the lead driver, recounts Novak, “barrelled through.”

Driving solo in fourth position in his purple 2004 Ford Focus, Novak had to make a split-second decision. Normally, the lead vehicle, which by law must sport the required flashing purple light on its roof, slowly enters an intersection then, where provincial laws and trafﬁc conditions allow it, slows or pauses momentarily to hold up opposing trafﬁc. Once trafﬁc halts in all directions, and followers in the procession catch up, the lead vehicle proceeds.

That didn’t happen this time. Novak entered the intersection on a yellow about to turn red. He could see trafﬁc in most of the opposing lanes had halted, but had to instantly decide whether to slam on the brakes—risking a rear-ender with a vanload of mourners behind him—or proceed to keep up. He booted through and was T-boned on his passenger side by an SUV. Neither he nor the other driver was hurt. But the crash wrote off both Novak’s car and his already shaky faith in this particular ritual of death.

Now, argues Novak, the time has come to outlaw funeral processions in Canada. They’re already falling into disuse, he says. And drivers today are dangerously less aware—and less respectful—of them. “So banning would be a rational option.” Novak fully accepts that he was at fault for the accident, as stated by Manitoba Public Insurance, though he’s unhappy he was slapped with ﬁve demerits, that his driver’s licence premium is going up from $40 to $420, and that his car insurance will be jacked up signiﬁcantly.

Trafﬁc laws differ somewhat for funeral processions on Canadian roadways. In Manitoba, drivers in a funeral procession can go through a red light or a stop sign with caution. In B.C., the law says they “should not be impeding the flow of trafﬁc.” Prince Edward Island, where traditions must die harder, is the only province that requires drivers to pull over for a procession.

READ MORE: When God isn’t green: Religion versus the planet

Novak says he’s getting some support for the idea of terminating funeral processions. He managed to get a meeting in October with Manitoba’s NDP opposition leader to pitch a ban. Novak argues that in the age of GPS, those attending funerals can easily ﬁnd a cemetery themselves.

Manitoba Public Insurance doesn’t track whether vehicular collisions have involved funeral processions, but notes it is very uncommon. In Sgt. Dale Seddon’s 35 years with the Calgary Police Service, he can’t recall a single accident involving a funeral procession. His trafﬁc unit escorts two or three funeral processions a month. For big ones, involving hundreds of cars, the Calgary police provide escort vehicles to stop trafﬁc at intersections. As a community service, when requested and when ofﬁcers are available, it will also provide a police car or two to lead smaller funeral processions. In those cases, explains Seddon, the processions drive slowly, at least 20 km/h under the speed limit, and obey all laws of the road, including stopping at red lights.

Two weeks after his crash, Novak says he had another close call while riding in another procession; this one while in a lead car being driven by Peter Kilcollins, managing director of Kilcollins Cremation Services. Kilcollins, recounts Novak, was driving cautiously and doing everything right. Yet still an accident nearly happened.

Kilcollins, a third-generation funeral director in Winnipeg, has been in the funeral business for 35 years. His company does about 250 funerals a year, and he drives the lead vehicle in many of its processions. Neither he nor his other drivers—who are all trained, he says—have ever had an accident on the way to a cemetery. “I don’t agree with banning [processions],” he says. “We are losing the ritual as it is.” Though conceding the number of burial services is declining, for many, the processions are part of the grieving process and “still important to a lot of families,” he says.

When he was young, Kilcollins’s parents taught him to show respect for processions as they passed by. “In the days when I started, everybody would pull over and wait for everybody to go by.” People would, he says, even get out of their cars. Cyclists would dismount. “And children would take off their hats and put their hands over their chests. That’s gone.” He’s had people angrily shake their ﬁsts at him. “I’m like, this is a funeral procession. Show some respect!”

Yet the decline of funeral processions is no reason to do away with them entirely, says Yves Berthiaume, president of the Funeral Service Association of Canada, which represents 1,600 funeral homes and cemeteries across Canada. His family has operated the Berthiaume Funeral Home in Hawkesbury, Ont., since 1896. “We have never had an accident in a procession,” he says. And as far as he knows, that’s going back to the horse-and-buggy days when his grandfather started the business. So while many people attending funerals these days do skip the custom of a procession, or use GPS to navigate to cemeteries on their own, others, says Berthiaume, “love to have a ritual to honour their loved ones.” One accident in a million is not likely to change that.