Is there anything Benedict Cumberbatch can't do?

The actor, who is playing the slain king, will read a poem at Richard III's reinterment 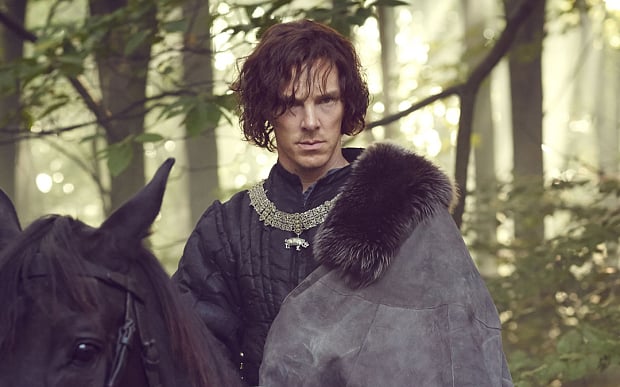 Benedict Cumberbatch will read a poem created by Britain’s poet laureate, Carol Ann Duffy, at Thursday’s reinterment service for King Richard III. He’s currently filming The Hollow Crown, a series about the Wars of the Roses, in which he plays the controversial Richard III. In addition, he’s a third cousin, 16 times removed of the king who was slain in 1485.

Even the writer of the  Richard III Twitter account realized the news overshadows reports that a message written by Queen Elizabeth II will be read during the service.

Is there anything that the British actor  can’t do better than the rest of us?

1. His engagement announcement in the Times newspaper was a masterpiece of restraint that makes the proposals of so many other celebrities seem obscenely vulgar. 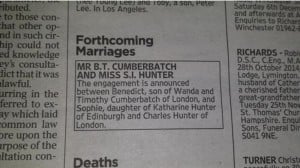 2. His video for the ALS Ice Bucket Challenge was the epitome of restraint and humour, and most importantly, it actually focused on raising funds.

3. His response to his “sweet” fans, the Cumberbitches, is a model of concerned understatement that the women may be undermining feminism:
“I definitely didn’t [come up with it]. That’s part of my problem with it. I just went: ‘Ladies, this is wonderful. I’m very flattered, but has this not set feminism back a little bit? Empower yourselves if you’re going to get silly about a guy with maybe a little bit more of a sort of, you know, a high-regard, self-regarding name!’ ”

4. Not only can he act, but he’s accomplished the difficult feat of being a very good, very prolific actor, tackling everything from the dragon Smaug in The Hobbit and Khan in Star Trek Into Darkness to acclaimed roles as Alan Turing in The Imitation Game and a slave owner in 12 Years a Slave.

Then there’s Sherlock. He reinvented one of the most difficult characters in fiction and keeps returning to the role—a new TV episode will be out this year—at a time in his career when most other actors would turn their backs on the small screen. Bonus: He can wear a deerstalker without looking like a total git.

5. He’ll win an Oscar, if only because everyone wants to hear his witty, humble acceptance speech. Or watch him photobomb celebs on the red carpet and during the show.

Now that he’s crossed “recite a poem at a king’s funeral” off his career bucket list, there’s only challenge left: playing James Bond. He may not have the brute magnetism of Daniel Craig, but his brand of humorous intelligence would appeal to lots of fans. And we already know he looks good in a tuxedo.