Islamic State and the changing rights of Yazidi women 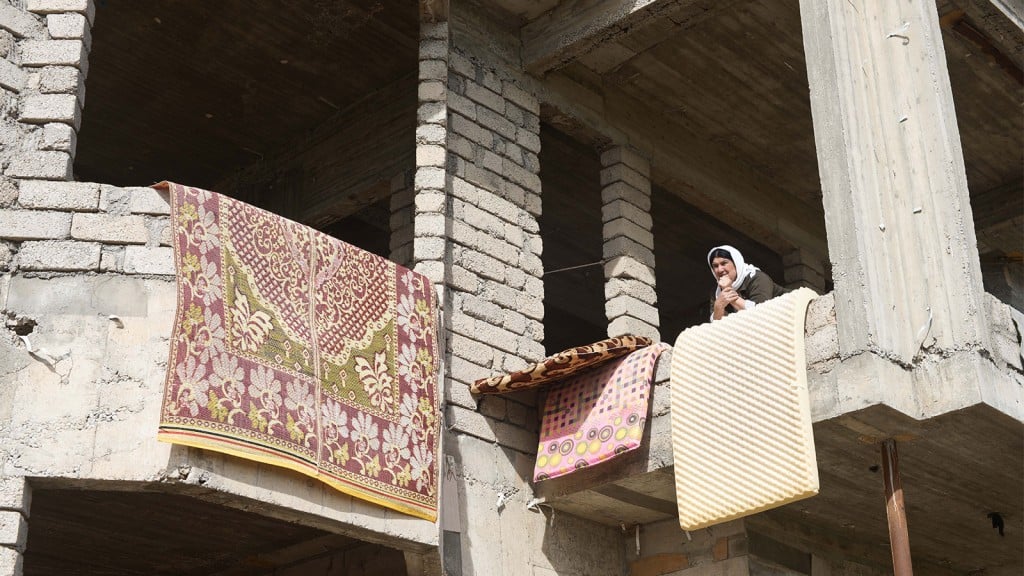 After a violent takeover of Yazidi villages in northern Iraq in October 2014, Islamic State proudly declared in its online magazine Dabiq that its fighters had captured and enslaved Yazidis as “spoils of war.”

“This large-scale enslavement . . . is probably the first since the abandonment of this Shariah law,” the article says.

Islamic State has continued torturing, killing and enslaving tens of thousands of people from minority groups in Iraq, especially Yazidi women and girls. Yazidis—ethnically Kurdish and one of the oldest religious minorities in the region, with an estimated population of 700,000—adhere to a complex belief system that combines aspects of Zoroastrianism, Islam and Christianity. But members of Islamic State see them as nothing more than worthless devil worshippers.

Over the past couple of months, Islamic State has been releasing its captives en masse. Last Wednesday, the group released more than 200 Yazidis who were abducted near Sinjar in northern Iraq in August. This follows another 200 Yazidi captives released in January. Common themes among the Yazidi girls and women enslaved by Islamic State fighters who have spoken out about their experiences include horrific accounts of rape and abuse.

Islamic State has no doubt crippled the Yazidi community. In March, the United Nations office for human rights released a report saying Islamic States’s actions against them may amount to genocide. At the same time, many activists with local NGOs and health-care service providers see a faint glimmer of hope coming from the Yazidi community about the future of these women.

In September of last year, and again in February, Baba Sheikh, a Yazidi religious leader, released a statement to his community in response to the kidnappings and acts of sexual violence being committed against Yazidi women and girls.

“These survivors remain pure Yezidis,” the statement reads. “And no one may injure their Yezidi faith, because they were subjected to a matter outside their control . . . We therefore call on everyone to co-operate with and support these victims, so that they may again live their normal lives and integrate into society.”

His unprecedented call for Yazidis to accept and care for victims of sexual assault was a welcome surprise to women’s rights activists in Iraq. The Yazidi community has long been criticized for practising honour killings and harshly punishing women who disobey the strict codes of sexual conduct or who marry outside their faith. When Yazidi women were sexually assaulted in the past, before Islamic State came to power, they would typically be ostracized or even put to death by their families, said Yanar Mohammed, president of the Organization for Women’s Freedom in Iraq, in an interview in Toronto. Her group is working to eradicate the honour-killing provision in the Iraqi penal code, and has set up shelters and provides services to Yazidi women who have escaped Islamic State captivity.

It’s one of the first times a religious group in the region has taken such a stance on sexual assault, according to Mohammed. “It’s setting a very good precedent for the rest of the communities in Iraq and beyond,” she says. During her work with Yazidi women in refugee camps in Dohuk, Kurdistan, over the past few weeks, Mohammed says she has seen numerous examples of Yazidi families adopting girls who escaped Islamic State.

By the time one young Yazidi girl arrived at the camp after she was held prisoner and raped by Islamic State fighters, she was pregnant. “When she came to Dohuk, she was adopted by a Yazidi family who didn’t know her before. They got a doctor to come and abort the baby,” she says. For Mohammed, this is another example of how Yazidis are adapting to atrocities committed by Islamic State. “In our current era, it’s not easy, or necessarily legal, to get an abortion,” but Iraqis and Yazidis are having these conversations now, because they have to, she says.

She predicts that more women captured by Islamic State will return pregnant. “This will be a big issue soon,” she says.

“What we’d like to see now is that state adopting an official position that would encourage even more families to take these girls, to treat them as prisoners of war who were subjected to torture, and to provide some sort of compensation,” says Mohammed.

For Samer Muscati, a Toronto-based researcher for the women’s rights division of Human Rights Watch (and a former adviser to the Iraqi government in Baghdad), it’s statements such as Baba Sheikh’s that will encourage more of these women to speak out about their experiences and to seek help to overcome the trauma. “This has been a dramatic and welcome development that normally we haven’t seen in a place like Iraq,” he said. “When you have such a large number of people affected by something like this, the society has to change, because you can’t isolate or ostracize a huge portion of your people.”

On Wednesday, Human Rights Watch released a report about Yazidi survivors of rape and the social services they require to recover. It includes research Muscati conducted in Dohuk this January and February. Muscati and other researchers interviewed Kurdish officials, medical workers and 20 women who escaped Islamic State captivity, 10 of whom had been raped by Islamic State fighters. An estimated 3,000 people, mostly Yazidis, remain in Islamic State captivity, according to a recent UN report.

A doctor working with women and girl survivors of Islamic State captivity told Human Rights Watch researchers that, of the 105 women and girls she examined there, 70 appeared to have been raped. The report describes a 12-year-old girl named Jalila, who says she was raped by four Islamic State fighters on multiple occasions. “Sometimes I was sold. Sometimes I was given as a gift. The last man was the most abusive; he used to tie my hands and legs,” she says in the report.

The report recommends that the Iraqi government urgently reconsider its stance on abortion, which is illegal in the Kurdistan region, even for cases of rape, except when the mother’s life is in danger. “In addition, [the Kurdistan regional government] should encourage religious and community leaders to welcome children born from rape, if the mothers freely choose to raise them in the Yezidi community,” the report says.

Mohammed says she and her group are working on bringing the topic of abortion as a basic right for women out into the open. “There are doctors already doing this without fees. And many Yazidi families are taking it upon themselves to bring doctors in for these services.” As for whether the government will acknowledge abortion any time soon, Mohammed says it’s unlikely, but she remains hopeful.

“These massacres have shown us there is more reason for a women’s movement in Iraq now, because we see thousands of our sisters being enslaved and the unexpected consequences.”