A born climber, she was scaling objects before she could walk. In tough times, she took comfort in friends, family and her ukulele. 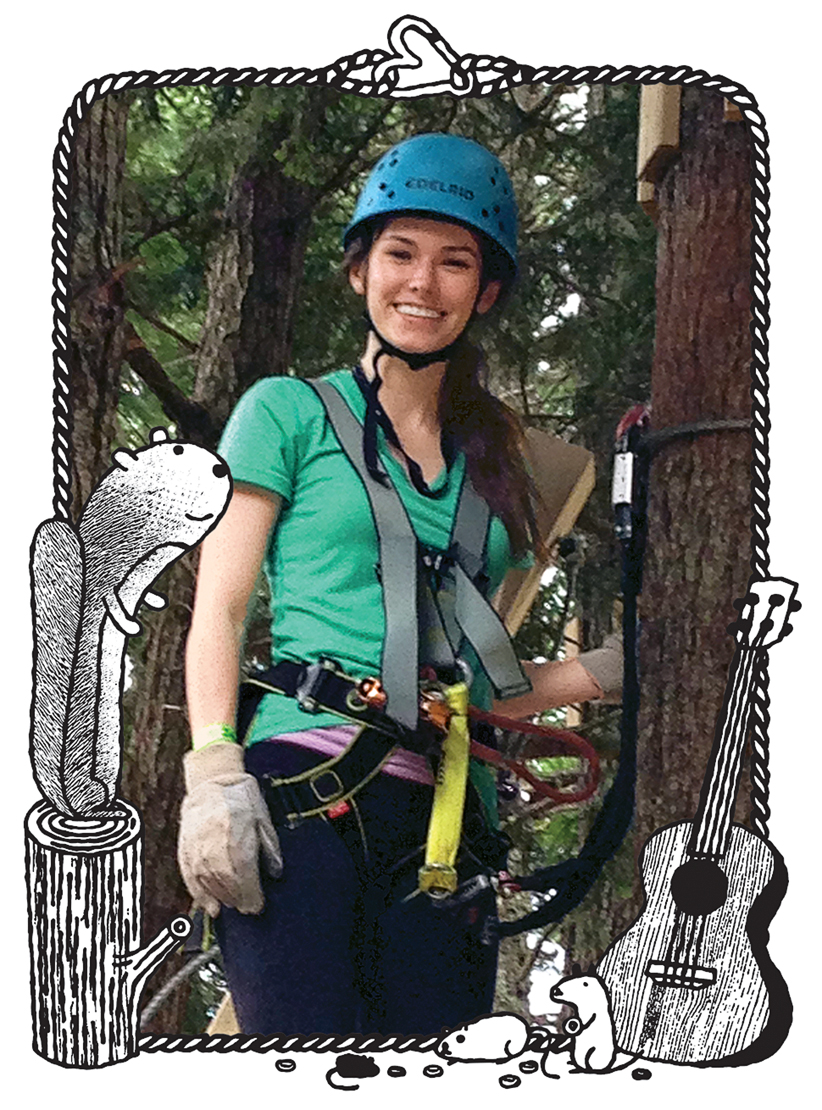 Jessica Lauren McErlean was born on March 24, 1994, in Yorkshire, England, to Sandra, a Newfoundlander and primary school teacher, and Liam, an Irishman and human resources manager. Within a year, she became an older sister to Timothy. When she was five, the family travelled to St. John’s to visit for a month while Sandra’s mother was ill, but a month became months, Jessica began kindergarten and they never left.

After learning to crawl, Jessica skipped the walking phase and figured out how to climb. At age 1, she pulled herself up a living room lamp. Swaying at the top like a baby King Kong, she enjoyed a moment of triumph before the fixture toppled beneath her weight. “She got a bit of a fright,” says Sandra, “but she just saw that as a challenge for other climbs.” Jessica scrambled up anything she could get a grip on—doorways, monkey bars. She even attempted to scale a brick wall. “It didn’t go well,” says her longtime friend, Kate Steneker, who was watching. When Jessica’s grandfather cut down her favourite tree in her backyard, six-year-old Jessica spent hours as a grump on a stump. “I found her sitting on the stump crying,” Sandra recalls. “She had lost a friend.”

Jessica first mounted a formal rock wall at a birthday party in Grade 3. Petite and competitive, she was a natural talent, and she spent that summer in a six-week climbing camp and the following school years with climbing clubs. In Grade 5, she challenged Kate’s dad, a marathon runner and triathlete, to a pull-up competition. Jessica won. She also loved heights, stepping off top diving boards at pools or jumping from rugged rocks into the ocean. “But she was very cautious, believe it or not,” says Sandra. “She had to think twice before doing anything.”

Jessica’s bedroom walls were collaged with posters of animals. Her creature of choice was the otter, mainly because otters hold hands when they sleep so that they don’t drift apart. Jessica had a handholding demeanour herself—she spent many midnights talking with her brother about anything on his mind; she hung out with her pet terrier in the basement when he was banished from the main floor; and she went out of her way to compliment strangers. “There’s just something about your nose,” she once told a woman in a park. “It complements your face so well. Sorry, that’s all I wanted to say.”

Each activity she tried, Jessica took in her stride. When she scored the lead part for an elementary school performance of The Elephant’s Child, she memorized the lines without her parents knowing anything about her role, except that she needed—urgently—to build a retractable trunk. In high school, she decided she would learn the ukulele, so she bought the cheapest one available. It was green and plastic, and she strummed it at school and tried to teach her brother at home. “I couldn’t even play the recorder,” says Timothy, “but still, she wanted to teach me.”

After high school Jessica attended Memorial University. She joined the Women in Science and Engineering society, through which she got a job training rats to climb towers, rewarding them with Froot Loops. “She was very proud of them,” says her mother. But under the pressure of school, she stopped her own climbing. By the end of first year, she struggled with depression and an eating disorder. “I think when she gave up the rock climbing, she became unwell,” says Sandra. “Her one goal was to get back to climbing.”

Her family and friends, her ukulele and a group support program helped Jessica recover. “If anyone is feeling lost or alone,” says Kate, “she would want them to go out and get a ukulele and learn to play their favourite song.” During her third year of university, Jessica started climbing again at her local gym, where she met her boyfriend, Donavan Wilkens, who was studying to operate underwater robots. She delighted in climbing with Donavan, sharing heart-to-hearts with Timothy, and serenading her family with ukulele tunes at dinner.

On Aug. 21, Jessica was camping with Donavan and other climbers at a site in Flatrock, N.L. She was attempting one of the black-diamond climb in the area, a cliff called Maggie, which she had attempted many times before. On this Friday afternoon, with chalky and calloused hands, she finally gripped hold of the summit. But while rappelling down, an accident sent her falling to the rocks below. Before rescuers arrived, she died from her injuries. She was 21.