A daring boy, he became an Olympic canoeist and a passionate teacher. A serious brain injury didn’t diminish his love of life. 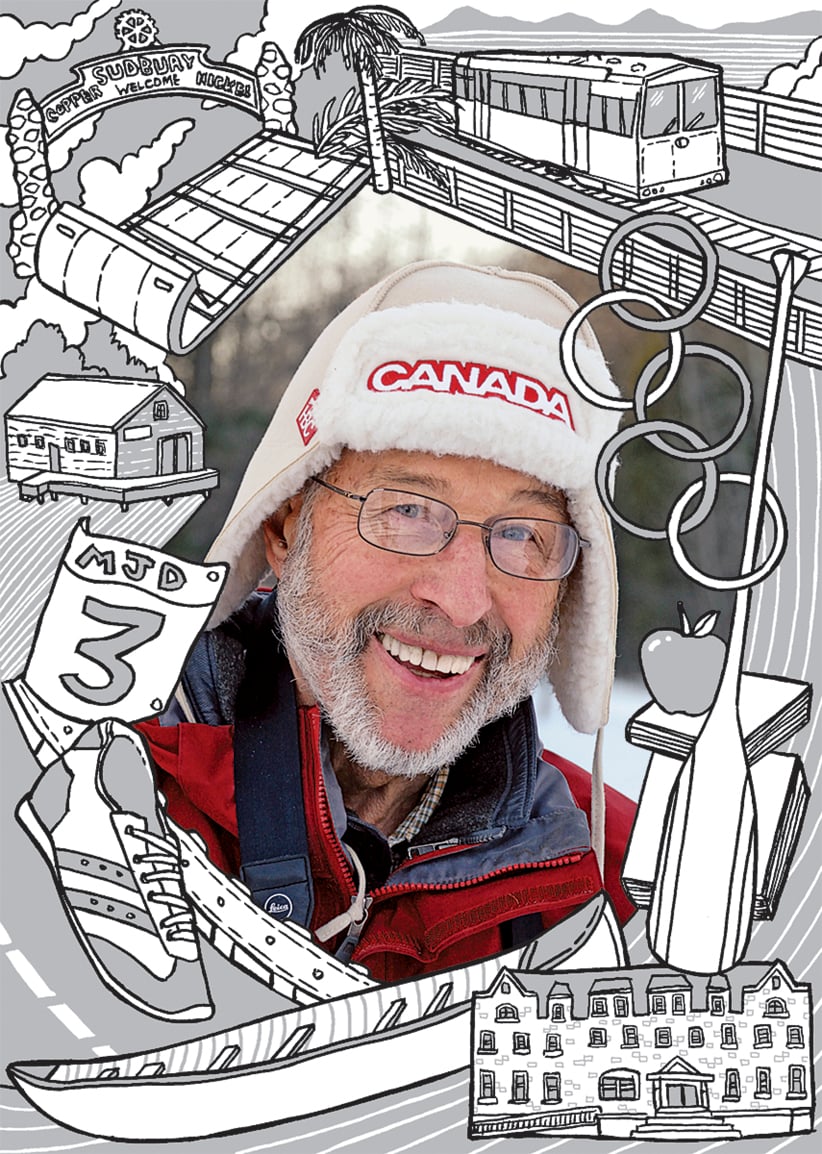 John Leslie Beedell was born on Feb. 14, 1933, in Wellington, New Zealand, the eldest of two children born to Ethel, a home-maker, and John, a marine engineer. When John was a baby, Ethel would take him down the funicular to the port to wave goodbye to his father, who would often spend weeks at a time at sea. John’s first words were “Daddy” and “boat.”

When he was two, it was clear that John had a daring streak. One afternoon, he snuck out and hopped onto the funicular in search of his father. A neighbour recognized him at the dock and returned him home. Shortly after that, he was riding in the back seat of the car with his mother, when he opened the door and rolled out onto the road. His mother quickly turned around and scooped the boy back into the car, thankful he suffered only a few scrapes.

In 1937, the family moved to England after John’s father got a job with an aluminum company, and his sister, Nina, was born. Not long after, his father was relocated to work at a bauxite mine in British Guyana, where the family lived in a small colonial village. John contracted malaria and his mother wanted to send him away to recover until her husband finished his contract. She went to Montreal and met with the bishop of the Anglican church, who found a family to look after John for the year.

In 1941, the family reunited in Battersea, Ont., just north of Kingston, where John’s father got a new job with an aluminium manufacturer. Still as rambunctious as ever, John convinced his mother to let him attach his toboggan to the back of the car and pull him and Nina along the road. “John was always getting into something,” says Nina.

John’s father wanted him to become an engineer, but he wasn’t so keen. Although he dropped out of Queen’s University after his first year in the engineering program, it was there he met his future wife, Ann. They married in 1955 and moved to Sudbury, where he started work at a mining company and began running and canoeing competitively at the Sudbury canoe club. “He had such a wonderful sense of humour, and was a very positive and determined person,” says Ann. In 1956, Ann gave birth to their first child, Michael.

John trained tirelessly every day with his paddling partner, Joe Derochie, and they represented Canada at the World Championships in Prague in 1958. That was also the year his second child, Jeffrey, was born. In 1960, John and Joe competed at the Summer Olympics in Rome. They were eliminated in an early round, but it was one of the best experiences of John’s life. “John had the true Olympic spirit: He just set his mind to his goal and did his best, all while carrying the load of a full-time job and raising a family,” says his sister, Nina. The following year, his youngest child, David, was born.

John and his family moved to Ottawa, where he completed his teaching degree and took a job at Ashbury College, a private school. He taught science and outdoor education and filled his classroom with quirky objects, such as a Volkswagen engine and animal bones. “He was so passionate about working with young people and was adamant that they enjoyed physical exercise,” says Ann. John was also an avid skier and marathon runner—participating in more than 20 marathons around the world. “My dad encouraged all around him to get off the couch, not smoke, get outdoors and play hard,” says Jeff.

Ann and John were divorced for two years before he suffered a serious brain injury in 1988. He was doing some repairs to the family cottage and fell off the roof. While he couldn’t be as active as he once was—he had to start using a cane—the silver lining was that Ann helped him recover and they became close again. “We became the best of friends. I supported him and he handled his injuries in a most admirable way,” she says. The accident forced him to retire and limited his ability to be outdoors, but he accepted the challenge. “He shook it off and found a new way to enjoy life, from supporting the arts to volunteering,” says Jeff.

In 2013, John was hit by a car and had to start using a walker. But he still zipped around town on an adult tricycle. “He lived an adventurous existence; he certainly was out there more than most,” says Jeff.

On Nov. 28, 2014, John was crossing the street outside of his apartment in Ottawa when he was hit by a school bus. He died on Dec. 18 due to injuries from the accident. He was 81.