A passionate sailor, devoted father and loyal friend, he knew how to navigate some dangerous corners of the world 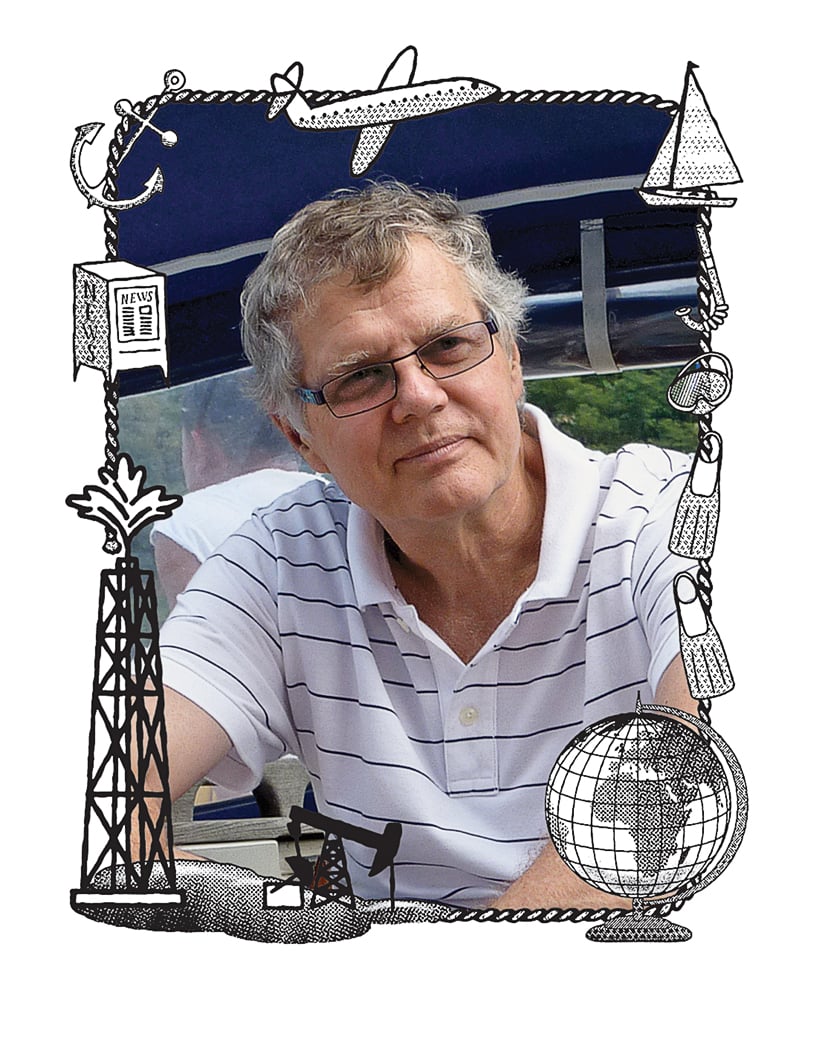 John Bramwell Ridsdel was born in London, England, on Sept. 9, 1947, the son of William, a British ophthalmologist, and Jessica, a Scottish nurse. When John was a toddler, the family moved to Durban, South Africa—his first international sojourn, though hardly the last. As John would later joke, he lived, worked and travelled in so many parts of the world that his nationality was “complicated.”

John was seven when his parents packed up again, this time for Yorkton, Sask., where William (everyone called him Billy) operated an eye clinic and dispensary. Joan, John’s sister, was born in 1958. Although settled in Western Canada, the Ridsdels regularly vacationed back in England, where Billy docked his beloved sloop Zillah, a 47-footer. “I remember being astonished that John’s dad let him sail his boat across the English Channel at night while he slept below, at an age when my dad wouldn’t even let me practice driving the family car,” says Tony Pargeter, a friend who met John when they were 13-year-old roommates at Toronto’s prestigious Upper Canada College. “He was very mature. He always seemed older than he actually was.” Nancy Morrison, another family friend, can attest. She was a 24-year-old law student in Toronto when John turned 14. “He phoned me and asked me for a date,” she laughs. “John was always 14 going on 20.”

A voracious reader who was as gregarious as he was curious, John went on to study political science at the University of Toronto and the London School of Economics. Living in Calgary after graduation, he worked as a producer for CBC’s local morning radio show before moving to the Calgary Herald, where he won a National Business Writing Award for a 1979 exposé on the taxpayer-funded exploration activities of a firm called Dome Petroleum. The article caught the attention of Petro-Canada’s chairman, Bill Hopper, who recruited John to become his director of public relations—at a time when the then-Crown corporation was a flashpoint for western resentment of the National Energy Program. “That was a really difficult time for anybody to be head of public affairs,” says David Hocking, a close friend and co-worker. “John was the kind of guy who liked challenges. That is what he thrived on.”

Related: Bob Rae on the remarkable life of his friend John Ridsdel

He loved nothing more than his daughters: Breanna and Janis. They spent spent countless hours sailing together, and John always encouraged his girls to believe in themselves and chase their dreams. “He was absolutely devoted to his daughters, remarkably so,” says Heather Prittie, David’s wife. (John and his wife later divorced.)

In the 1990s, John moved out of the public affairs portfolio and into Petro-Canada’s overseas operations, with stints in volatile countries such as Pakistan, Myanmar and Algeria. Unlike most Canadians, he became accustomed to bodyguards and armed-convoy commutes; when he was posted in Algeria, he lived in the south of France and flew to work every Monday morning, returning on Fridays. “He was extremely aware of the danger and he was not stupid about it—ever,” Nancy says. “He said: ‘You don’t take the same route, you don’t always stay in the same hotel, you don’t always stay in the same hotel room.’ ” Says Heather: “He was adventurous but not careless.”

By 2004, John had joined TVI Resource Development in the Philippines, a subsidiary of the Calgary firm TVI Pacific Inc. The company operates gold and silver mines in the volatile Mindanao region, and John, a confessed workaholic, was instrumental in ensuring the projects met strict environmental standards and benefited the local economy. “He was very well-known,” says Peter Sutherland, who served as Canada’s ambassador to the Philippines from 2003 to 2007. “I never met a person who didn’t like him, who wasn’t impressed.”

Although John was officially retired, he continued to work as a consultant for TVI and planned to remain in the Philippines. “It was his adopted country,” says Marian Bantjes, a cousin. On Sept. 1, he was supposed to participate in a sailing rally through Indonesia and New Guinea, piloting his catamaran, the Azizah de Niamkoko. Unfortunately, a nasty bout of tuberculosis forced him to bow out.

After sunset on Sept. 21, John was inside his docked sailboat when a dozen armed men descended on Samal Island’s Holiday Oceanview Marina. They took four hostages, John included. Seven months later, on April 25, John was beheaded by members of Abu Sayyaf, an Islamist militant group. He was 68.