Despite facing many challenges in life, he always forged ahead, with ‘a glint in his eye and smile on his face’ 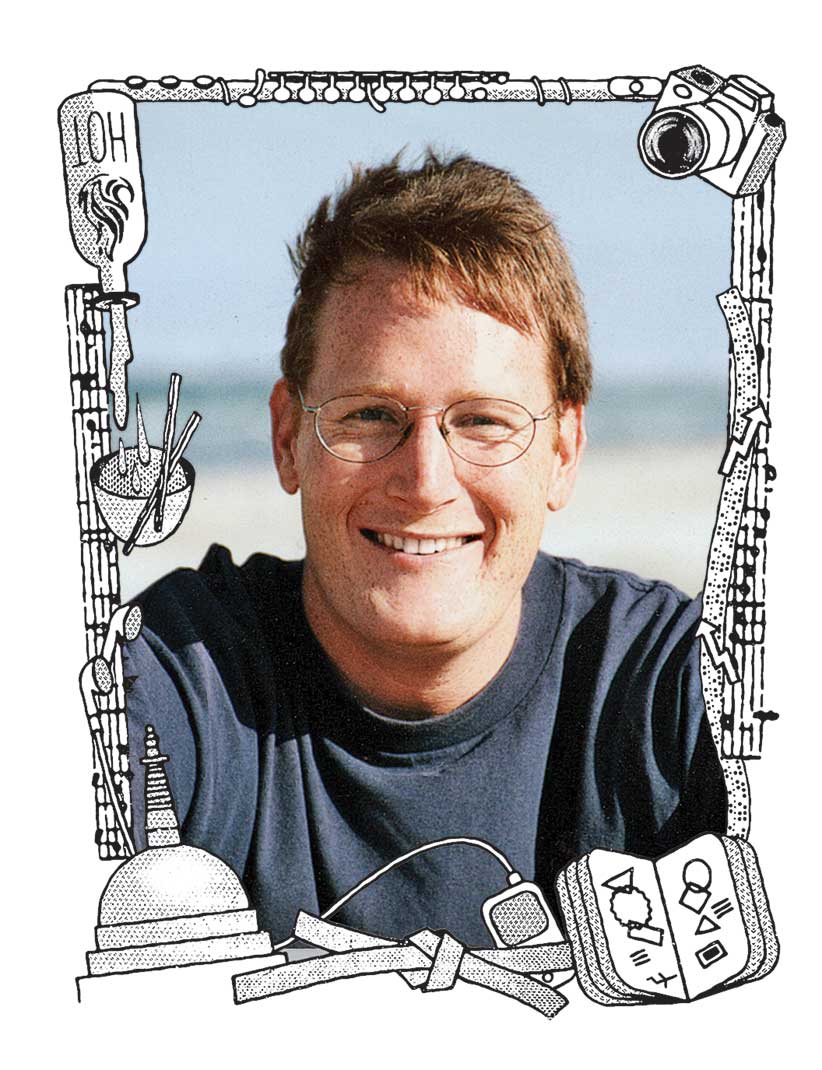 Jonathan William Hastie was born on May 29, 1975, in Toronto to Lesley, a statistician, economist and teacher, and Ian, an emergency physician. Jonathan was born eight weeks premature with a fluttering heartbeat, and needed a temporary pacemaker. “He had a very rough start in life,” says Lesley. He was two years older than his brother, Miles, but grew out of the stroller at the same time.

Jonathan had a fair complexion but thick skin. He rarely whined as a baby, and he could handle food so spicy that it once made him cry. “He was eating his curry with tears streaming out his eyes,” Lesley recalls. In elementary school, he coped with learning disabilities and was diagnosed with attention deficit disorder. Red-headed and shy, he was also bullied. “He just took it,” says Miles. Ian and Lesley enrolled the boys in judo lessons to improve Jonathan’s confidence, but his passion was flute. “This melodic, peaceful music just sort of flowed out of him,” says Miles.

As the Hasties travelled overseas, Jonathan was a trooper. Hiking in Nepal and England, he would peel off his shoes at the end of each day to reveal “horrendous blisters,” says Miles. “And not a word of complaint.” He accompanied pilgrims to churches in Ethiopia, drank tea with orangutans in Singapore and learned to Viennese waltz in Oman.

In 1989, the family moved to Saudi Arabia. In the turmoil following Iraq’s invasion of Kuwait in 1990, Jonathan moved to a boarding school in Ontario, while Ian stayed to finish his work contract and Lesley and Miles moved to England. The following year, Jonathan reunited with his family and graduated high school in Oman. During his gap year, he volunteered in Calcutta at an institute for people with mental illnesses, where he survived off rice with hot sauce and coughed for six months due to air pollution.

Standing six foot four by the time he reached university, Jonathan was known as a gentle giant. He studied political science at the University of Windsor. There, his best friend, Adam Henwood, first noticed Jonathan behaving unusually: “Sometimes he would be sitting having his tea, like he was in his own little world. You could see his mind moving, thinking about what he was going to do next or what he was going to say next. We never said anything of it.” In Jonathan’s third year, after transferring to the University of Toronto, his parents had trouble contacting him. “I just got the feeling that something was wrong,” says Lesley. Since they were living in Oman, they asked his aunts to check on him. “Jon said he was hearing voices, and he was staying in his room,” says his aunt, Jeannie Hastie. “We got on the phone and got him out to see people.”

At age 23, Jonathan was diagnosed with schizophrenia. “My reaction was just incredulity,” says Miles. “ ‘Not schizophrenia, no, he’s just having a bad phase.’ ” The family had no history of mental illness on either side. “It came out of the blue,” says Lesley. Jonathan moved to live with his parents in Oman, where he finished his degree by correspondence. He operated a weight room in his former high school, studied stock markets, practised photography and climbed stupas with his parents in Sri Lanka. “He was forging ahead,” says Ian. Jonathan didn’t hide his disease. “It was never this dark secret,” says Jeannie. He functioned extraordinarily well, but, Lesley says, “whatever the medication, no matter how strong, the voices never go away.”

Because Jonathan felt the medication made him hyper, he consulted his psychiatrist and decided, in 2004, to cut the dosage in half, then go off the medication entirely. Over six months, he relapsed, and the paranoia grew worse.

Jonathan was resilient, and he slowly recovered while living in an apartment near his parents in Huntsville, Ont. He continued to add stamps to his passport, visiting 39 countries in total. When he heard voices, he sometimes listened to rock music on his iPod. In January 2016, he enrolled in a university program for investing, and he moved to a house in Toronto. “He had a glint in his eye and a smile on his face,” says Ian. “There were times when he had a sense of purpose and a vision and a dream that he was going to realize.”

On Feb. 1, a family friend knocked on the door of Jonathan’s house but heard nothing. She used the spare key and found Jonathan lying on the couch, seemingly asleep. Ian says Jonathan probably had a cardiac arrest—he may have been at-risk because of his heart condition when he was born, 40 years earlier.