He escaped the brutal Pinochet dicatorship in Chile. After settling in Canada, he was a lifeline for other refugees. 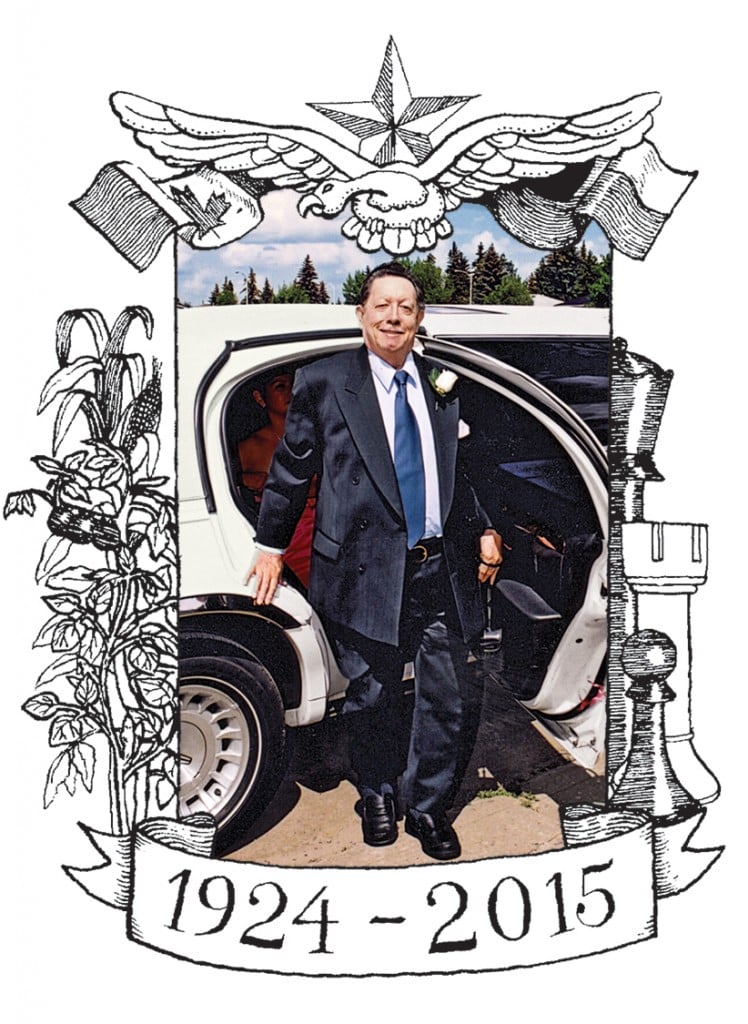 Julio Sergio Chavez was born on April 10, 1924, in Coronel, Chile. He was the first of seven children born to Maria Eva Flor Chavez and Julio Chavez, an accountant. In summers, the family spent much time swimming, fishing and horseback riding on a large family acreage along the forested Laja River. The property was granted to an ancestor by the queen of Spain in the 16th century.

As the Second World War wound down, Julio Sergio joined the Chilean air force. In 1945, Chile was the last nation to declare war on Japan. Julio was an armero, a gunsmith who repaired anti-aircraft and other weapons. Near the war’s end, he was in a plane, dropping practice bombs on a target, when one exploded prematurely. The plane managed to land, but Julio suffered permanent hearing damage.

Leaving the military in 1946, Julio studied finance and accounting at the University of Santiago. While there, he met a pretty post office worker, Olga Chavez Diaz. They married in 1948. Julio was 23, Olga 30. After graduation, he worked as an accountant with the BancoEstado in Santiago. He and Olga had three daughters, starting with Waleska in 1949, then Maria Antonietta and Estrella.

Life for millions of Chileans unravelled on Sept. 11, 1973, when Augusto Pinochet overthrew the democratically elected socialist government of Salvador Allende. Julio, politically active, supported Allende, says his grandson, Alex Osorio Jr. “No one was safe in our family.”

Immediately after the coup, Pinochet, a dictator who ruled ruthlessly until 1990, began the roundup, torture and execution of political opponents. Although Julio avoided imprisonment, friends and members of his extended family did not. Waleska and Maria Antonietta were the first in the immediate family to flee Chile, heading first to Argentina. Julio and Olga risked staying until 1974, so Estrella could complete her high school. By 1979, the whole family had escaped Chile and reunited in Regina, joining the 38,000 Chileans who immigrated to Canada during Pinochet’s regime.

Despite his education and sharp mind—he had a deep knowledge of world history—Julio at first only found work as a dishwasher. But he took cooking courses and worked his way up to chef at the Saskatchewan Hotel. “He was well-known for being really passionate about food,” says his granddaughter Kita Eserve.

Julio was also passionate about helping Chilean newcomers to Canada. “He was a surrogate grandfather to many,” says Alex. “He was good at word-of-mouth connections—basically, helping people connect to get jobs, find places to live, go to school, meet up with people who could help other people.”

Julio and Olga moved to Edmonton in 1982. There, the Chilean community was like an extended family. His cooking was so enjoyed by expatriate Chileans that, for a time, he sold his empanadas, blood sausage, headcheese and other dishes out of his home.

For Julio, a man who loved dancing the Argentine tango and playing chess, and who often burst out into opera while cooking or entertaining, family was everything. “I have many memories of him,” says Camille, another of his grandchildren, “cooking up a storm, singing songs. He also loved to recite poems.”

His eight grandchildren called him Tata or Lelo, the latter a shortening of the Spanish word for grandfather, abuelo. Each summer, while the Chavezes lived in Edmonton, Julio rented a plot in a community garden, recalls Alex, who visited every year and helped with the garden. “He’d plant fava beans, tomatoes, corn, all sorts of crops.” Julio never failed to take Alex go-karting on those trips. “When I was nine,” laughs Alex, “he even let me drive his Toyota Corolla out on the open lands.”

In 1995, with Olga’s arthritis worsening, the couple moved to Burnaby, B.C. In 2005, Julio lost Olga to liver failure. He was devastated. For the rest of his life, he’d still say good morning to Olga each day, telling her how much he missed her.

Julio had survived several heart attacks in his 60s and, this past August, he got a pacemaker. Determined to be self-reliant, though now in his 90s and needing a walker, Julio still ambled slowly around Burnaby on his own. Local restaurants often vied in friendly competition to lure the cheerful nonagenarian to their establishments with their lunch offerings.

On Sept. 11, Julio, waiting on a sidewalk to cross the street, was knocked down by a woman driving a four-wheeled, fully covered mobility scooter. His head struck the pavement and he died a few hours later in hospital. He was 91.