Junk DNA: How much of our genetic material pulls its weight? 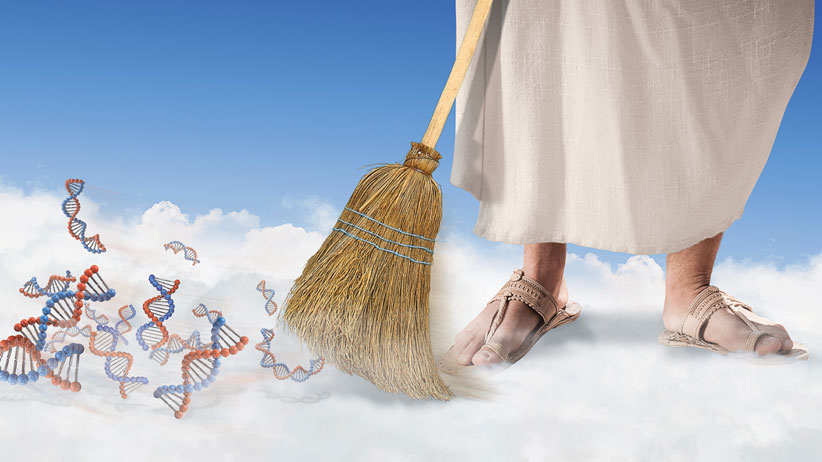 A debate is raging among science nerds and, for once, it doesn’t involve the words “Kirk” and “Picard.” Instead, they’re arguing over the very makeup of the human body—how much of our DNA is essential and how much is as pointless as having dialogue in Furious 7.

A quick primer: The human genome—the whole of our DNA—is composed of genetic letters known as bases. There are about 3.2 billion bases in all. This is something I have always known and did not just look up on Wikipedia, he said, clearing his browser history.

Print out your genome in the four letters of the DNA alphabet (A, C, G and T) and, in the words of one scientist, it “would fill a book a thousand times longer than War and Peace”—and almost half as boring.

But here’s the thing: Fewer than two per cent of human genes do the critical work of encoding proteins—leaving what one biologist describes as “vast expanses where only non-coding ‘junk DNA’ can be found.” In other words, most of our genes hang around doing nothing of value, like 75 per cent of all Baldwin brothers.

Or do they? Creationists believe humans are a perfect being—and everything in the body was put there for a reason. They don’t have time for the notion that God basically lost interest while making us, filling the bulk of our DNA with the genetic equivalent of packing peanuts.

And lately, this idea—that everything inside us is essential—has been growing in popularity among scientists. As the New York Times reported, the director of the National Institutes of Health recently bristled at the term “junk DNA” and said most of our genetic material “turns out to be doing stuff.” Which raises an important question: Has the National Institutes of Health checked the credentials of its director? “Doing stuff” doesn’t have a super “sciencey” vibe to it.

But Dr. Colloquial has a point. Many scientists now believe that while a DNA sequence may not directly code a protein, that doesn’t mean it’s useless. For instance, it was discovered that one RNA molecule previously thought superfluous actually helps to guide a protein that silences a gene that leads to deformities. In other experiments, the removal of a gene from the embryos of mice led to death in utero or shortly after birth. This was hailed as an important discovery by many biologists. It garnered less favourable reviews in the mouse press.

Related reading: The future of machines with feelings

Meanwhile, some geneticists contend that the existence of “junk DNA” would violate the law of natural selection: Why would evolution leave so many useless genes hanging around in our bodies?

Junk DNAers aren’t swayed. They suggest evolution has simply determined that cleaning up our useless genetic material would take more effort than leaving it lying around. If this theory doesn’t already have a name, I suggest: How Teenagers Think About Towels After A Shower.

A contributor on a chemistry blog put it this way: There was “no need to truncate ‘laughing out loud’ to LOL until the advent of texting. Without strong evolutionary pressure to get rid of junk letters, they tend stay around.” What’s impressive about this is: I read a chemistry blog.

At one point, the discussion on the blog turned—as it often does in life—to whisk ferns, a plant with a genome much larger than that of humans. Things got pretty heated. One commenter said the fern was a “very simple plant.” Then another commenter replied that this so-called “simple” fern, in fact, has a “special type of nutrition of the gametophyte that appears to be myco-heterotrophic, assisted by endophytic fungi.” Which is definitely one of the top three botany burns you’re going to hear this week.

One more by Scott Feschuk: Time for the hard truth about Tim Hortons

It’s likely this debate will be silenced only with further research, or possibly an Innerspace sequel of some kind. (Trailer voice: “Martin Short! Dennis Quaid! And Vin Diesel as RNA molecule HOXC-AS4!”)

But let me be the first to say to whatever amount of dormant, useless DNA is inside of me: Dudes, you’ve had a couple hundred thousand years to get your act together. By now, I should be able to shoot laser beams out of my eyes. Why is my genetic material growing my eyebrow hair in weird directions when all I really want is the power to give wedgies to incompetent retail sales clerks with my thoughts?