Kate Middleton honours Diana by wearing one of her iconic tiaras

The duchess of Cambridge was already wearing Princess Di's engagement ring. Now, she's been spotted with another tribute: wearing a well-known, favoured tiara. 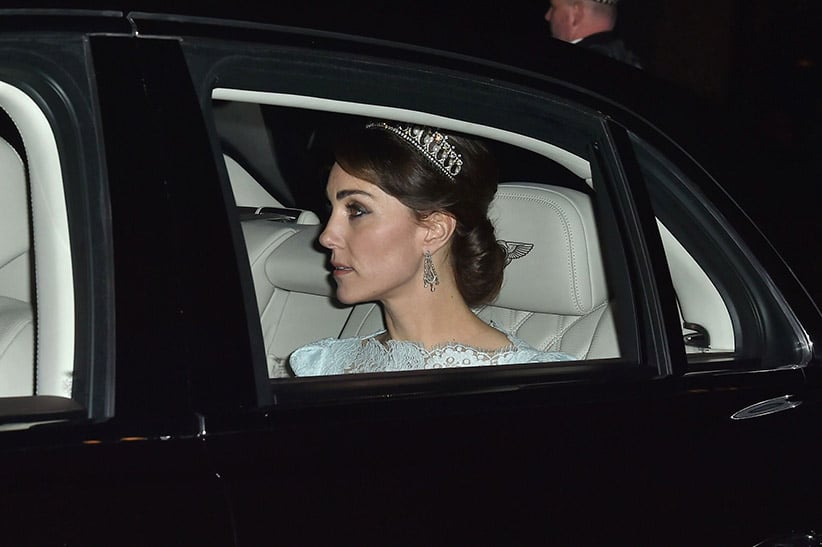 The diplomatic reception at Buckingham Palace is one of the most formal events on the royal calendar. Men wear white ties and tails, women wear evening gowns and tiaras, though the public only get glimpses as guests arrive at the palace. This was Kate’s second time at the reception. In 2013, she wore the lotus flower tiara loaned by Queen Elizabeth II. That same tiara turned up this year at the state banquet for Chinese President Xi Jinping. Everyone expected a repeat for tonight’s diplomatic soirée.

But Kate surprised everyone by wearing an iconic tiara of her husband’s mother, Diana, princess of Wales: The Cambridge Lover’s Knot Tiara. Commissioned by Queen Mary (the present Queen’s grandmother) just before the First World War, it was modelled after one worn by her own grandmother, the duchess of Cambridge. (There are multiple versions of the popular design in European royal vaults.) Large natural pearls hang down from 19 diamond lover’s knots (hence the name). 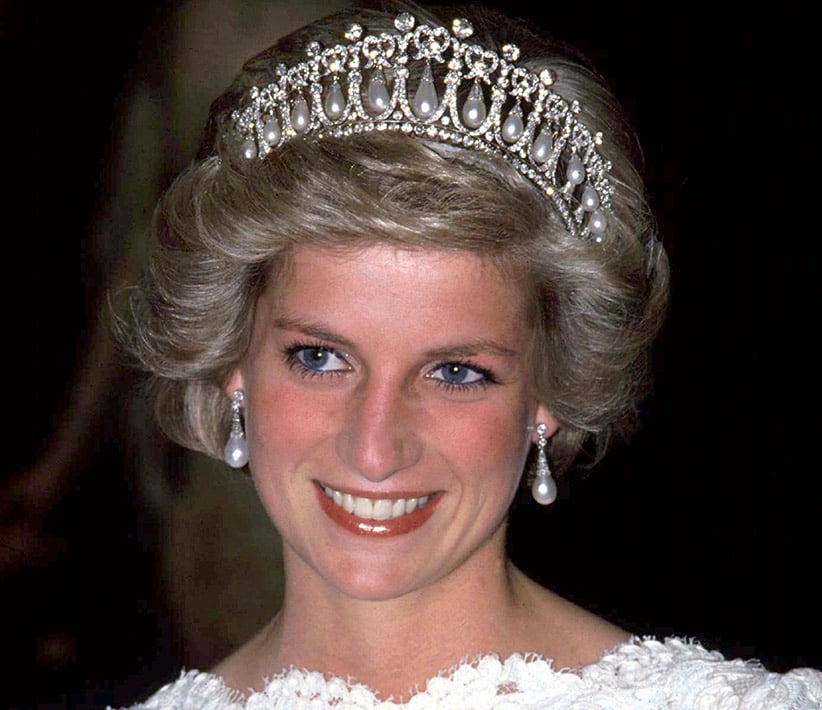 Princess Of Wales Wearing The Cambridge Knot Queen Mary Tiara Of Diamonds And Pearls Given To Her By The Queen At The British Embassy In Washington. (Tim Graham/Getty Images)

Given by Queen Mary to Elizabeth on her wedding day and often worn when the Queen was settling into life as a monarch, it was eventually relegated to the farthest reaches of the royal jewellery vaults before being loaned to Lady Diana Spencer in 1981 when she entered the royal family. Diana wore it often, though reportedly complained that it gave her a headache. After her death, the tiara was returned to the Queen’s vault. And there it sat for nearly 20 years.

Now finally, a duchess of Cambridge is wearing an eponymous tiara. Its emotional impact is not to be underestimated, for Kate—like Diana—is wearing it in her role as future queen consort. And as someone very much loved by a son and a husband: Prince William.