A new advertisement for Pepsi Max uses imagery of a protest, which many criticized as being tone deaf 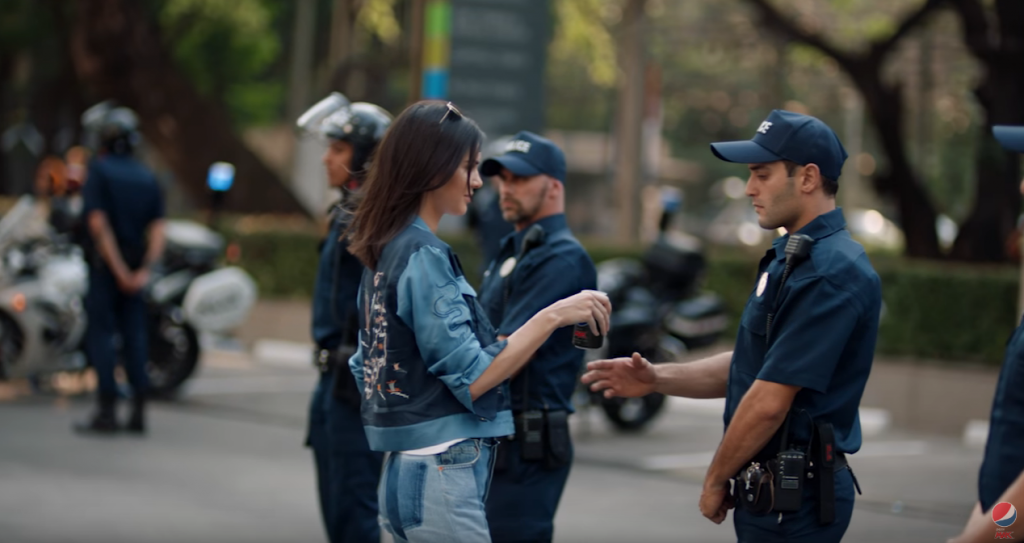 Kendall Jenner appears in an ad for Pepsi Max that sparked anger over what critics say is tone deaf imagery. Image via screenshot.

NEW YORK – Model and Kardashian clan member Kendall Jenner’s turn as a Pepsi-wielding protester has some on social media decrying the imagery as appropriation of the Black Lives Matter movement.

The “Live for Now Moments” video released Tuesday has Jenner in a platinum wig on a photo shoot when protesters amble by. She rips off her wig, smears away her lipstick and joins them, eventually handing an officer on the demonstration line a can of Pepsi. He gulps some down, and then grins as Jenner dances off with her new friends.

Reaction on social media ranged from some saying the imagery was tone deaf, to it evoking a widely circulated photo of Black Lives Matter protester Leshia Evans last year in Louisiana. Evans was detained when she approached police at a demonstration in Baton Rouge.

In a statement late Tuesday night, Pepsi defended the ad.

“This is a global ad that reflects people from different walks of life coming together in a spirit of harmony, and we think that’s an important message to convey,” the statement said.

UPDATE: On Wednesday afternoon, Pepsi announced that it is pulling the ad.