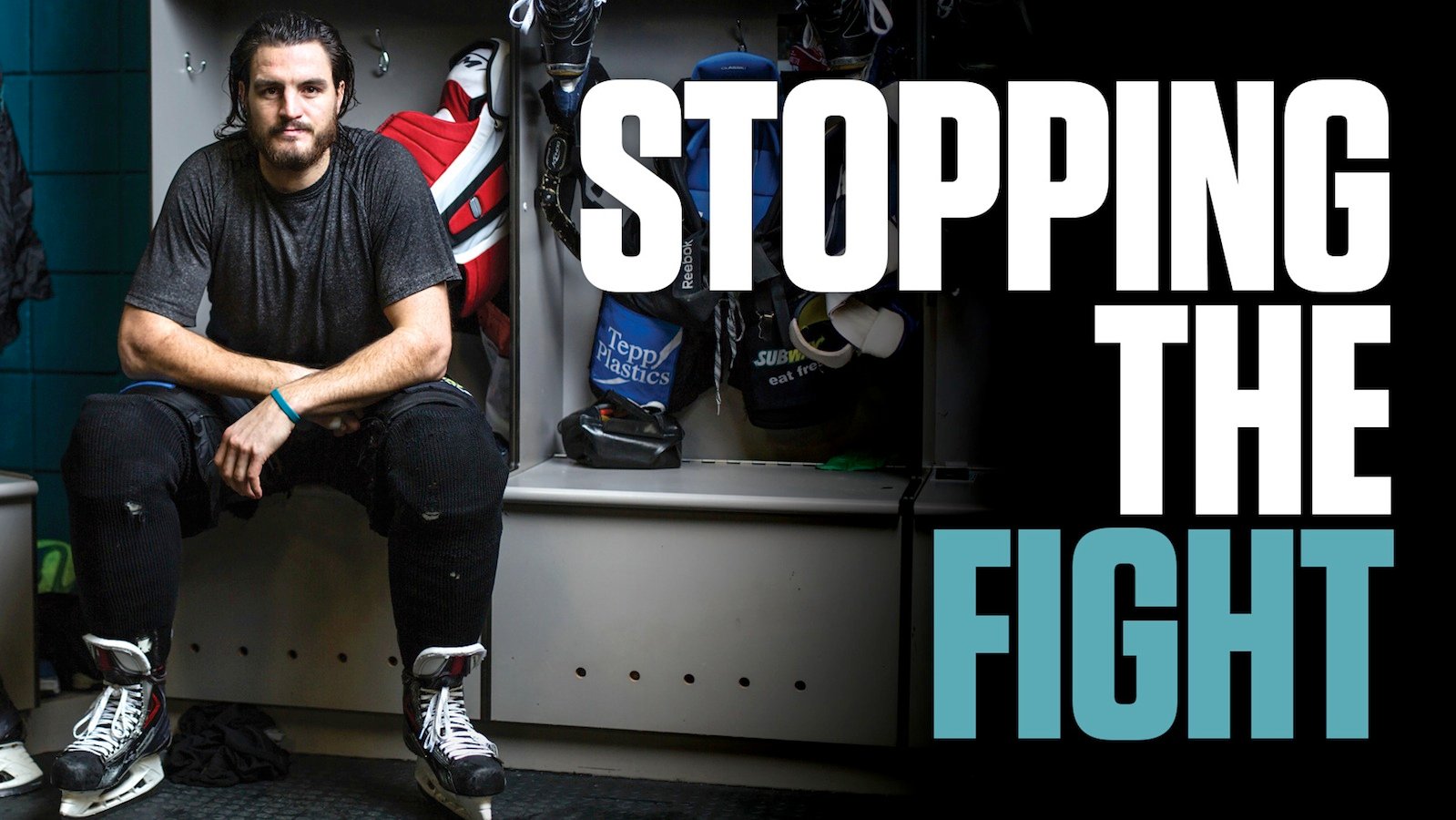 Used to be the warrior was the noble, set apart from those he swore to protect by his acceptance of violence and by a code of conduct that kept him honourable. Medieval knights called this chivalry; to the samurai it was the way of the warrior. It didn’t matter what he accomplished day to day, all that mattered was that when the time came, he entered the battle and fought like he was already dead. That’s what made him noble. That’s what made him selfless.

Kevin Westgarth knows this. Not because he is a student of history and war but because he is one of hockey’s discarded enforcers. A wandering samurai who now finds himself alone and bleeding in a Belfast arena.

Barely a minute has passed since he threw his last punch, cracked a man’s helmet and ripped the skin from the mangled remnants of his reconstructed knuckle. The residual sounds of the brawl—bloodthirsty shouts and chants—echo through the stands, bouncing off the boards and rafters and finding their way into the corner of the dressing room where Westgarth sits, chest heaving, blood pumping out of that knuckle.

He unclenches his fists, stretches out his fingers and wipes the blood from his pads. Not long ago, he was cruising through the neutral zone, looking for a pass, when all of a sudden he was lying on his back, his legs taken out by a player on the opposing team. He was back on his skates in a matter of seconds, driving a quick jab to his agitator’s face. The gloves were off before the other team’s enforcer got close enough to take the first punch, but that enforcer was quickly down, tripped up on a stick and turtled on the ice while Westgarth threw five rapid rights to the back of his head, splitting his helmet. The crowd was just getting into it when the refs intervened, pulling Westgarth off and ushering him into this room to reflect on what got him here.

He doesn’t realize he’s being watched until a question is lobbed from the shadows.

The initial response is a reflexive “nah” that serves as a shield meant to deflect the question. But he’s slowly lowering that shield, has been for days. Looking at the missing scar tissue that used to make up his knuckle, he becomes more honest. “It always hurts a little.”

A trainer rushes in with a bag of ice to drape over the wound.

“Back in the NHL, there’d be a doctor here by now,” Westgarth says, repositioning the ice while his eyes search the room for a towel to ease the sting of frozen plastic on the hole in his hand. “I didn’t start that fight. The first guy slew-footed me. That’s pretty much the most disrespectful thing you can do out there.”

Westgarth bears no ill will to the helpless enforcer he just punched five times in the back of the head. “He was just doing his job,” Westgarth says of the man who came to the agitator’s aid and got pummelled for his courage.

There’s a code to this game, a code that Westgarth generally embodies. But tonight it’s been broken, first by the dishonourable man who tripped him and then by Westgarth himself. And though he’s not yet ready to admit it, he’ll soon concede that he wishes none of this had to happen.

The muffled cheers of 6,000 fans announce the end of play. They stomp on the bleachers above the dressing room, which will soon be rushed by the rest of Westgarth’s team. But for now he sits quietly with that bag of ice. He’s been here before, watching, listening and waiting to join them in victory. That’s how it was when he won the Stanley Cup. He’s on his feet when the others come in, quicker to congratulate them on the win than they are to salute him for the fight. He had a big part in that 6–3 win, scored one of his team’s goals before getting a game misconduct for doing exactly what his coach and teammates expect him to do.

As he removes his pads, his thoughts turn to his wife, who was in the stands reliving a decade’s worth of anxiety when he dropped the gloves. He knows part of her wonders how different their life would be had he become a surgeon like he’d planned instead of the guy who risks his brain and his future every time he clenches his hands into fists. Regardless, this has been a good night, even if it is about to end with his wife reminding him that he didn’t come all the way to Northern Ireland to keep on fighting. He’d stop it all if she ever asked him to. But she never has and will probably never have to. Because if Kevin Westgarth has his way, that fifth right that reinjured his knuckle will be the last punch he ever throws.

Read the rest of this story at sportsnet.ca.