Kirstine Stewart on the limits of “leaning in”

As the former head of the CBC and Twitter Canada embarks on new role, she says it's time for business to adapt to women’s needs—not the other way around 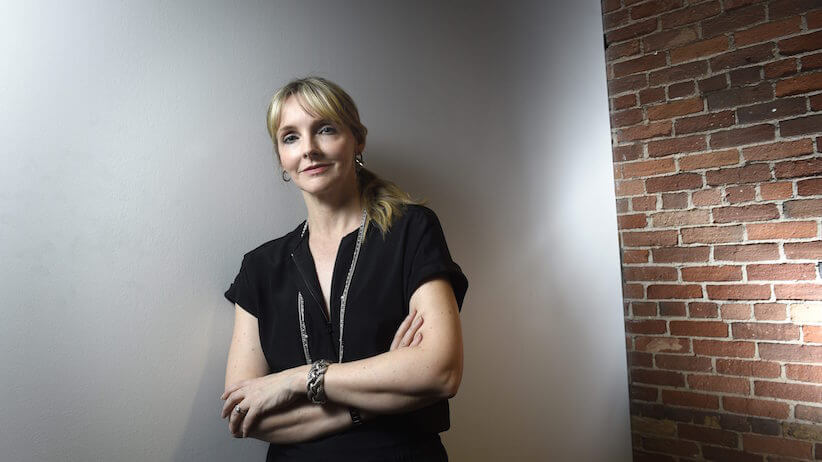 Looking at Kirstine Stewart’s career trajectory, she defies assumptions that women are lacking in ambition. Starting out as an assistant at a film distribution company, she soon worked her way to the top of the business, becoming president by age 30. At 38, Stewart become the youngest person, and only woman, to head the CBC. Since then, she’s bounced from one opportunity to the next—from executive VP of Twitter Canada, to chief strategy officer at Waterloo-based new media giant Diply.

That her chutzpah has made it easy, though, is a misconception, Stewart says. Despite her own success, she isn’t sold on the “lean in” model for women in the workplace—a concept popularized by Facebook’s chief operating officer, Sheryl Sandberg, that suggests if women behaved more like men, they’d be just as successful.

MORE: Why do men make more money than women?

As Stewart embarks, once again, on a new role—this time as chief revenue officer at TribalScale, a Toronto digital strategy startup—she spoke with Maclean’s about improving the system for women, and how men can help make it happen.

On the surface, it’s hard to look at your career and imagine you’ve faced many barriers because of being a woman, in terms of moving up the ladder. Is that a false perception?

It is. I mean, there’s always a bit of a catch 22 when [women] talk about how they became successful. On the one hand, I’m very mindful of the privilege I had to have gotten into certain roles. But the path is definitely tougher [than it is for men]. There’s a common myth that for the women who made it, they somehow beat the system; there’s no beating the system. Women like myself who are in these roles, it’s a combination of luck and skill and opportunity to get here. Getting into this role is hard enough because of the challenges you face on the way up. And I think there’s also the feeling of insecurity, as a woman, that you could have even perhaps gotten more.

Can you point to instances where you felt being a woman held you back in your career?

It’s the daily unconscious bias that creeps in that’s been some of the most damaging. Certainly you can point to the #MeToo moments, but there’s also the day-to-day discounting or stereotyping that puts you in a position that doesn’t let you perform at your top level. My first day at the CBC, I was mistaken for my own assistant. And you laugh it off, but again, it’s just a matter of unconscious bias prevailing out there. And then there’s the day-to-day indignities that you face when you’re being judged differently than a man would be in the same position. That culminates into, for me anyway, the kind of damage that might go unnoticed by others that you feel yourself.

MORE: Why Maclean’s is asking men to pay 26% more for our latest issue

Over the course of your career, do you notice any real progress for women when it comes to workplace culture?

It gets better with every generation. The generation before me had it even tougher. And now I’m looking at the generation coming up behind me, trying to make it better for them. It’s great when I see different faces around boardroom tables and on magazine covers, but we still have so far to go. The system is still there that doesn’t support women as well as it should.

So when we talk about women not negotiating their salaries, or not “leaning in” enough within the current system, how do you take that?

I’m not a big fan of that argument. I do think there are times when we discredit our own value, but there are proven points where women have asked for promotions or stood up at the table, and find they get pushed back. While I do think it’s good for women to understand their own worth and put a value to that and stand strong for it, it can’t go unrecognized that whenever we lean in, we get a push back. We need to get to the point where the people who make the decisions, those who you’re leaning in to, either look like you, sound like you, or is someone who can put themselves in the shoes of someone else and recognize that value in return. The more the workforce changes, the more the people we’re asking for raises from will see our value.

In the meantime, what options do women have for getting ahead when they think they’re being undervalued?

One thing is to not reward companies that aren’t fair. This is easier said than done, because it assumes women have choice. Often they don’t. A lot of women have to work in the job that they have, and don’t necessarily have the opportunity to stretch their wings and say, OK I’m not getting a raise here; I’m going to go somewhere else. A lot of people feel trapped or stuck in their positions. So I get it. But I think when you are lucky enough to be in that position to flex your muscles a bit, when your values aren’t being represented by a company you’re working for, or if they in turn don’t value you, it’s time to go find someone who does. And companies that do recognize the value of the individual and pay you and promote you and support you according to what you bring to the table—as opposed to how you fill out your suit—they’re increasingly getting more and more successful. They’re going to be better companies to work for anyway. So for us lucky few who are able to be more selective, we need to do that. And hopefully that helps everybody else.

What other advice do you offer young women starting out in their careers, who aspire to rise to the highest ranks?

I think it’s be be purposeful about what it is you want out of your career, and knowing what “highest ranks” mean to you. Be ambitious, for sure, but also understand what it is you want. You’re not chasing a title or an office, you’re chasing the life you want for your career. That goal is going to change and that’s OK. You want to be flexible and be responsive to the world around. You just need to make sure that when you’re making a leap, you’re making it for the right reasons, not because you’re trying to impress somebody else or live up to some expectations someone else has of you.

What role do you think men have, or should have, in boosting women’s representation and wages?

They play a critical role. We can’t do this on our own. People in power need to share that power. Don’t they say something ridiculous like, there are more CEOs with the name John on the Fortune 500 than there are women CEOs? So, absolutely we have to work together with men. Some men are already taking a lead, and I’m forever grateful for those who do because there’s not enough of them. You see some quite prominent men stepping up and making the right moves, and hopefully others will model that example.

MORE: On pay equity, this is how men can step up in the workplace