A former fireman, he never hesitated to rush to help others. He later became an engineer, working on projects around the world. 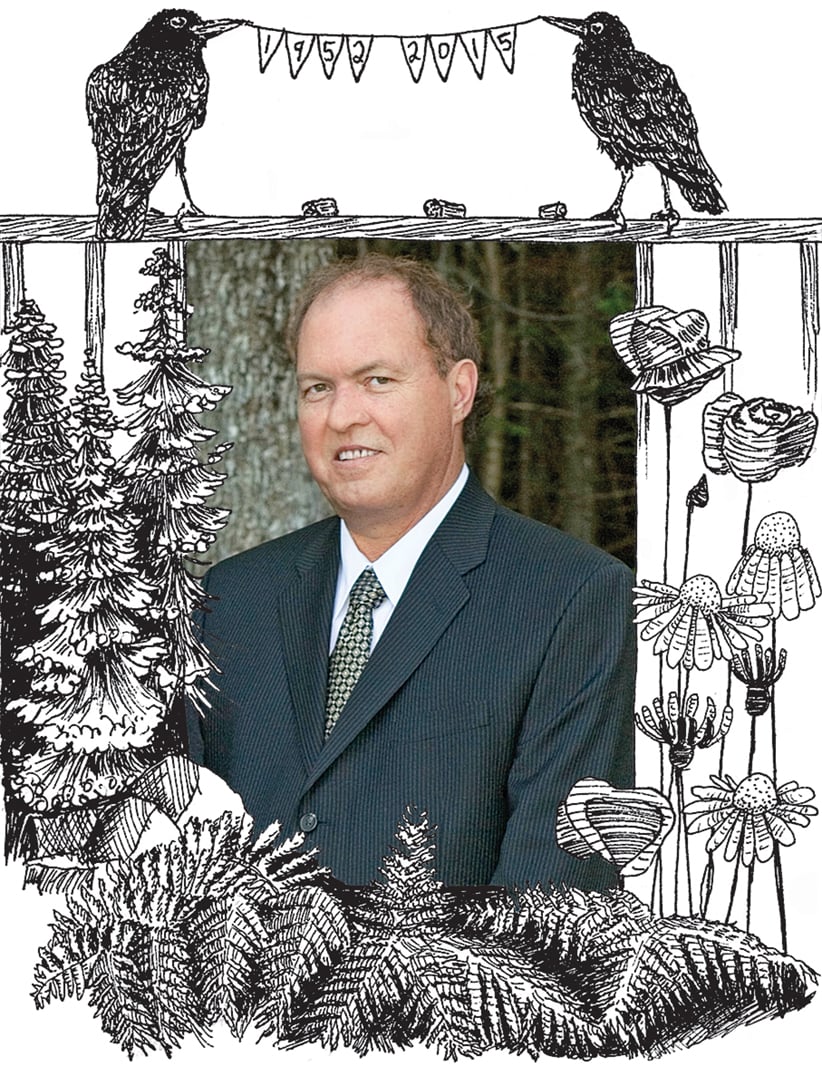 Lawrence Wellman was born in Corner Brook, N.L., on May 31, 1952, to Lloyd, who worked at Corner Brook Pulp and Paper Ltd., and Rose, a stay-at-home mother known for her storytelling and sense of humour. The couple had one other son, Terry, born in 1947.

Larry, as he was known, seemed to take after his mother. He loved to joke, socialize and regale people with stories. He also had an adventurous streak. In his early teens, he and his cousin Glen would take a train 97 km to the now-abandoned railway settlement of Gaff Topsails. Rose packed Larry a lunch of oranges and homemade bread for the trip, and the boys would stay to camp out in a shack and fish.

After graduating from Herdman Collegiate, Larry moved to Labrador, working as a fireman for two years. He returned in 1973, landing a job with the Corner Brook fire department in 1974. Soon after returning, Larry met nursing student Jane Brett. The two married in 1975. That year, they had a daughter, Heather, and a son, Chris, in 1978.

At ﬁrst, the family lived in a trailer court near a forest. “That was much nicer than it sounds,” laughs Heather. Her father, says Heather, loved nature. Larry had a burgundy-coloured Suzuki motorcycle and a bright-yellow Ski-Doo. In winter, he took the kids out for Ski-Doo rides with Chris in front of him, Heather behind. “I remember Dad telling me a story where we were going up this hill and I was holding on in back,” says Heather. “My dad said, ‘Next thing, I felt this cold breeze. I turned around and you had fallen asleep, fallen off the Ski-Doo and just rolled down the hill.’ ”

Though a gregarious storyteller, Larry seldom spoke about his firefighting. But when she was around seven, Heather learned first-hand what her father did when a trailer home near theirs erupted in flames. “My dad was at home and he jumped on top of this trailer—it was fully engulfed—and he cut a hole in the roof with our axe before the fire department even got there.”

Once, on a rare occasion when he spoke about firefighting to others, Larry told his friend Roger Butt about getting invited to a party in Churchill Falls. A woman there recognized him from somewhere. She paused, trying to recall, then said, “You saved my life! You pulled me out of a burning fire in Corner Brook!”

Tired of the long intervals of boredom firefighters endure, Larry decided to study architectural engineering technology at St. John’s College of Trades and Technology. After graduating in 1989, at age 37, he worked for EDM Consultants, where he remained for 10 years. He helped to supervise projects all over the province, working on everything from housing to airport construction.

In 1991, he and Jane divorced. Thirteen years later, in 2004, Larry met Linda McBay, a provincial government employee, at a bar in Goose Bay, where he was working on a long-term project. He was six foot two and “ruggedly handsome,” she recalls. They were together from that point onward. On Saturdays, Larry and Linda often sat in their backyard, a fire crackling in the pit. Over the years, Larry turned the yard into a lush refuge, filling it with wildflowers and ferns.

Larry loved photography and was a talented sketch artist. He also loved crows. He got Linda and other friends to appreciate how smart they were. Larry would buy big bags of dog food to spread out on the patio rail for the crows.

After EDM, Larry worked as a freelance consultant on projects. In 1997, he spent six months in Japan, supervising house construction. Larry was always optimistic that fresh work was around the bend. In 2013, after one lull, he was asked if he could come to Nassau, Bahamas, to help restore a posh resort. Linda joined him for two weeks. Extravagant wedding parties were often held at the resort. “So, after Dad’s workday, he would dust himself off and just crash the weddings,” says Heather. “He’d make friends there and get away with it.”

Last month, Linda and Larry, contemplating retirement, were in St. John’s, hunting for a house. On the evening of Oct. 4, they stopped at the Captain’s Quarters Hotel for a drink in the bar. As they finished up, Larry was paying, when a masked man barged in, cocking a shotgun at the waitress. Larry asked the robber not to point the gun at her. When the man started shoving the waitress, Larry scuffled with him. The robber shot him twice, in the hip and groin, severing a major artery in his leg, killing him. He was 63.

FILED UNDER: obituary the end