Letters: 'I think Leitch is honest and brave' 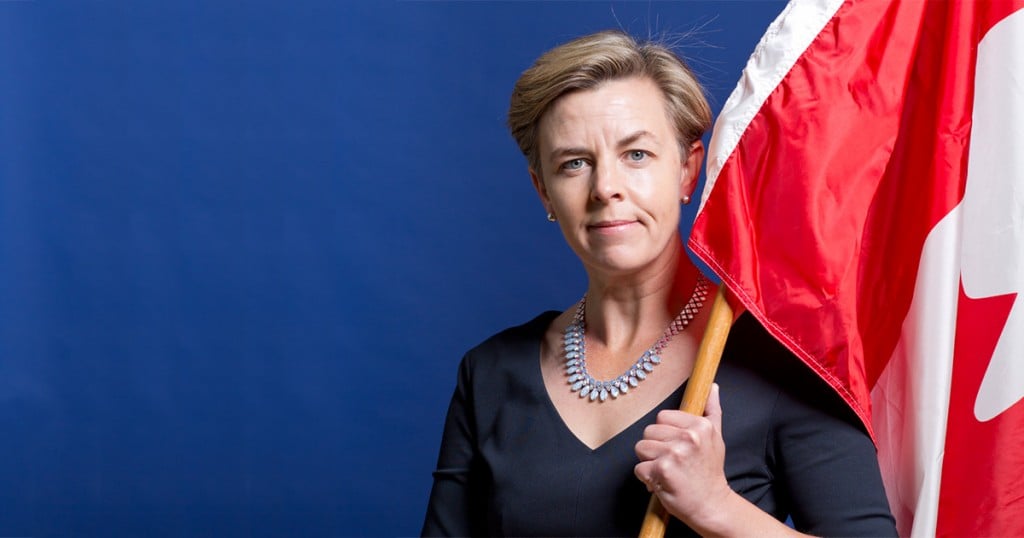 It was heartening to read of the success the Heiltsuk people of Bella Bella have had in creating a brighter future for themselves (“The town that solved suicide,” National, Oct. 3). Best of all, they appear to have done so by taking matters into their own hands: buying up businesses, creating new employment, tweaking education and social services to better meet their needs, and reintroducing their children to nature and to linguistic and cultural traditions. Rather than accept being passive victims of misfortune, they have discovered the liberating truth that the future is largely in their own hands.

What a pleasure to read Nancy Macdonald’s excellent piece on Bella Bella. So often it seems the only coverage First Nations communities get in the media is crisis-driven and negative. I encourage Maclean’s to make more space in future editions for such stories, to serve as a testimony to the rest of us of the incredible resilience and fortitude such communities have faced against such seemingly overwhelming odds.

Taking a patronizing, dismissive tone with Kellie Leitch’s proposal of screening aspiring immigrants for Canadian values is just wrong (“Values testing Canada,” National, Oct. 3). As a Canadian-born citizen, through many decades my delight at seeing multicultural immigrants arrive has turned to deep concern about the toxic and immutable values that some few will bring. The fear of being labelled a racist (ridiculous!) cannot supersede the need for some sort of selection criteria that assesses attitudes and behaviour. Leitch has said she is not anti-Muslim, and I believe her. I think she is honest and brave. Let’s not shut her down.

Your insinuation that those of us who oppose “honour” killings and the oppression of women are “intolerant” is just wrong. Because Kellie Leitch has spoken out against certain cultural practices that are, face it, barbaric, does not make her intolerant or a racist. A person’s ethnic background (or, “race,” if you must) is something one is born into and cannot be changed. On the other hand, some cultural practices, such as female genital mutilation and the forced cloistering of women are in fact repugnant to us. These are chosen behaviours common to several different ethnic groups. It is not “racist” to deem such unacceptable. I am not a Conservative, but I find this “piling-on” attack on Leitch to be cheap, tawdry and embarrassing.

Anne Kingston quotes our Prime Minister, who, convinced that Canada has no real identity, posits shared values as our defining feature. Shared values are indeed essential to building and maintaining any viable, peaceful society. But which values, exactly, are we to share? Not “Canadian” ones, apparently, lest we reveal ourselves as drooling, knuckle-dragging bigots. Whose values, then? Apparently, we’re not allowed to know: “Don’t ask, don’t tell.” And if the immigrants we accept are themselves intolerant, must we “tolerate” their values too? So it would seem. A more illogical, self-defeating approach to national unity and harmonious community life could scarcely be conceived.

Evan Solomon boldly declares, “Donald Trump’s war on political correctness is the greatest mass psychological experiment in history” (“Trump counts on Skittles to distract,” Oct. 3). Nothing like sensationalism and overkill to try and make a case. Solomon would be better advised to focus his attention on the war against common sense, freedom of speech, freedom of thought, logic and sanity in our social, political, and judicial institutions. To the cry-babies in the press and politics who are finally getting a taste of their own medicine (namely bullying), my response is “cry me a bucket.” I don’t like Trump much, but intentionally or otherwise, he has done us all a great service. Let freedom of speech reign.

I attended my daughter’s debating club at a final runoff competition between all of the Grade 7 debating clubs in the Nova Scotia. I came away inspired after seeing their well-thought-out remarks and arguments. I vividly member thinking that one of these “kids” could easily grow up to be prime minister of Canada. Sadly, the 2016 United States Presidential debates (“America’s loss,” International, Oct. 10) do not hold a candle to these find Grade 7 Canadian girls and boys.

How can the Oct. 10 Editorial say “if we’re concerned about fairness in Canada, it’s not these one-percenters we should be worrying about” when this year Oxfam Canada reported statistics such as: five of the richest Canadians have more wealth than the poorest 11 million and the poorest half of Canadians are only receiving 26 per cent of the increase in income growth. Income inequality is growing in Canada as the richest become richer, while the poor are stuck in the poverty cycle and more people are becoming poor. The Editorial blamed income inequality on the defined benefits pensions of teachers, nurses, police officers, fire fighters and government workers. These workers are certainly not rich compared to the one per cent; they are the disappearing middle class.

This may be your most insightful Editorial in the last decade. The impact of changing all government employee pensions to defined contribution from defined benefit would significantly alter Canada’s monetary, fiscal and land-use planning policies, for the better. Our country would develop a sustainable economic plan derived by a bureaucratic service that, having its cocoon unravelled, would no longer be detached from the realities of financial self-reliance. Focusing on environmental sustainability without fiscal sustainability is pointless.

Thank you for perpetuating the myth that everyone in the public sector leads such a cushy life: sitting back, feet up and dreaming about their gold-plated pension. I can’t wait to join Gatsby on the golf course when I finish working with my $36,500 gross annual pension. If you want to examine a real gold-plated pension, you should train your scope on the unimaginable pension benefits that our politicians walk away with, instead of attacking middle-class working people.

Your Oct. 10 Editorial fires another broadside salvo at defined beneﬁt pension plans, but without acknowledging that there are several such plans which are well managed and no burden to anybody. As an example, let’s take the federal government’s Public Service Pension Plan, which serves retired federal public servants, the RCMP and some Crown corporations. According to the latest publicly available report, in 2014-15 this plan had a $10 billion net investment income, thanks to a 14.5 percent rate of return, but paid out only $6.6 billion in pension payments, a net profit of several billions. Another myth that this report punctures is the one about the “gold plated” public service pension plan: the average annual pension was a mere $28,711. No doubt, there are many other such well-managed and profitable defined-benefit plans. So why destroy something that is working well, as suggested in your editorial, and bring everything down to the lowest common denominator?

Highly desirable defined beneﬁt pension plans that are well managed and that possess good governance models are thriving in Canada. When one compares the average annual pension benefits paid out by OMERS ($28,300 per year average starting in 2014), HOOPP ($24,000 per year average unreduced starting in 2015), or OTPP ($45,000 per year average starting pension in 2015) to name a few, with the compensation paid to executives such as General Motors’ CEO Mary Barra, whose 2015 compensation was $28.5 million, it seems ludicrous to think the defined benefit pension plan of public sector workers is the cause of the “vast problems of income inequity,” as your Editorial claims. You add, “Given current trends, it won’t be long before DB plans are the exclusive domain of the public sector.” I fear you are correct. However, unions did not make the series of poor decisions to underfund the defined benefit pension plan at General Motors. Those decisions were made by the “one-percenters” running the companies and collecting bonuses while underfunding their employees’ retirement.

I worked most of my career in the private sector, followed by five years in the federal civil service for a Crown corporation. Public servants can’t get rich from stock options, they don’t get promoted to vice-president and collect bonuses when they fire people to cut costs. If in exchange for that they have managed to negotiate a reasonable pension plan, what’s wrong with that? We let companies buy their way out of their pension obligations when it suits them, thereby reneging on decades’-old contracts with their own employees. And when they do that, I bet not one vice-president or CEO has to pay their bonuses back, after driving the company into bankruptcy. Bleating ad nauseum about public pensions is okay during a drunken pub crawl or a Trump rally, but please keep it out of otherwise intelligent conversations.

Regarding the city of Victoria airlifting scores of feral rabbits to a Texas sanctuary (“Ehh, what’s up, Victoria?” National, Oct. 10), may I suggest:

An ounce of dental prevention

It is very disappointing to me to see that little has changed since the time that I was manager of dental programs for the Kivalliq region in Nunavut back in 1999 (“Orthodontic odysseys,” National, Sept. 26). As I argued unsuccessfully then, if more money was spent fighting early childhood or “baby bottle” tooth decay, there would be far less need to spend money on expensive orthodontic care in later years. The other connected and too common horror story was the frequency of two-year-old children being sent to Churchill, Man., for dental extractions under general anaesthetic (again at huge expense, not to mention risk) from the same cause and with the same resulting requirement for orthodontic intervention in later years. An ounce of prevention is truly worth a pound of cure when it comes to dental care.

In the Oct. 10 Editorial, while listing the numerous gifted writers who made great contributions to our publication’s history, we should have included our long-time back-page columnist Allan Fotheringham. We regret the omission.