Letters: 'Most of us only tolerate winter' 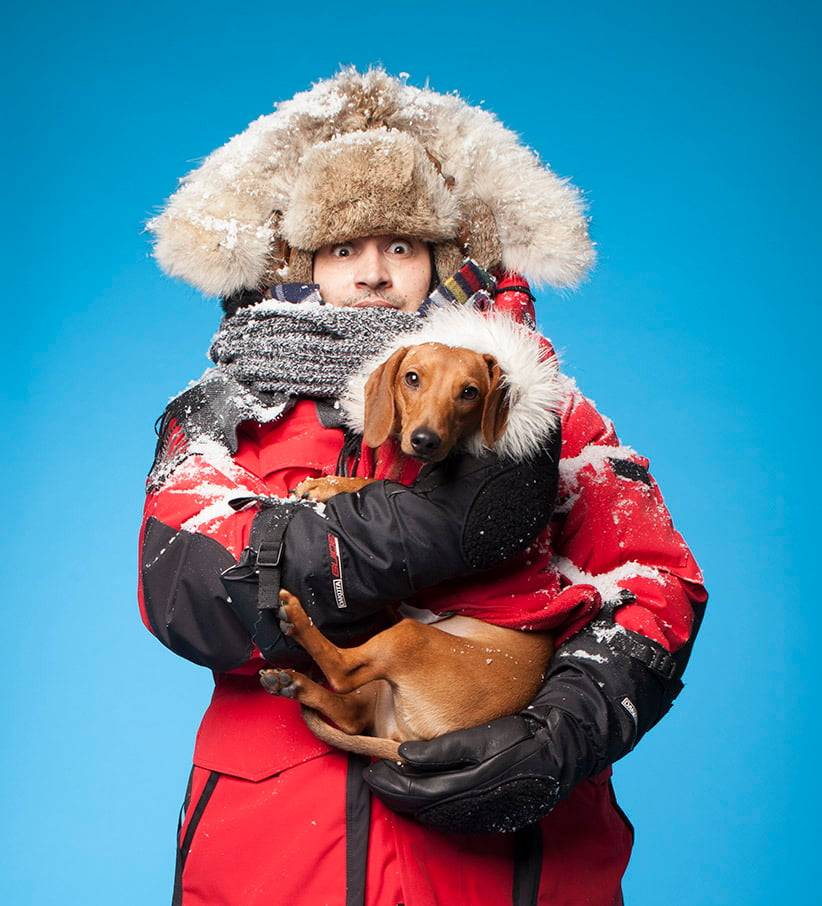 Winter wussie. (Photograph by May Truong)

“A nation of winter wusses” (Society, Jan. 11) highlights another of the great disconnects between the self-styled elites and the rest of us. The “elites” expend monumental amounts of energy trying to sell the fear of global warming, while most of the rest of us pray for the day when the weather in Red Deer or Winnipeg is more like Denver or Salt Lake City or Topeka. Interestingly, those elites waving the alarmist flag are spending two or four weeks every winter in Florida. Most of us only tolerate winter. Winter is costly and can be dangerous. It shortens our lives, and the lives of our homes and vehicles. It adds energy costs and increases the cost of our food. Only some of us actually embrace winter.

Trying to draw lessons for U.K. Labour Leader Jeremy Corbyn from Justin Trudeau solely because they both campaigned on “change” is a bit of a stretch (“Party pooper,” International, Jan. 11). Trudeau is not ideologically out of step with the old Liberal parliamentary caucus, whereas Corbyn and the Labour parliamentary caucus have never seen eye to eye; nor does Trudeau have Corbyn’s history of going against his own party. Indeed, an MP with Corbyn’s history in Canada would have gone the way of John Nunziata a long time ago.

After reading Scott Gilmore’s “A terrorist under every rock” (International, Jan. 11) I concluded that it is Scott Gilmore who is under a rock. He fails to understand that the main concern of those of us who inhabit the Western, non-Islamic nations of the world is not occasional terrorist violence, but rather the failure to integrate Muslims into mainstream society. Significant numbers of Muslims in Europe and elsewhere have admitted to being favourably disposed to ISIS. Many of those countries are having serious social, cultural and educational problems with their Muslim minorities. Muslims frequently blame “the West” for all of the problems that are occurring in the Middle East, in spite of the fact that, as Gilmore points out, the majority of the attacks are “Muslims attacking Muslims.” Is failure to integrate happening in Canada?

The idea of a referendum on voting reform (The Editorial, Jan. 4) is a straw man argument that conveniently ignores the real discussion that must happen: is our voting system legitimate? Does it treat voters equally? Of the 16 majority governments since the Second World War, only three had support of a majority of voters (Louis St. Laurent, John Diefenbaker, Brian Mulroney). Thus most of our laws have been enabled without majority support of voters. In the media, we have seen more opinion on the topic of a referendum than information on electoral reform. The public can’t be trusted: not because they are dumb, but because they’re not given the tools to make an informed decision. By putting the referendum question before the discussion, it is already setting the stage for an uninformed and polarized discussion.

The mixed-member proportional (MMP) electoral system was the system preferred by the world community after the Second World War to ensure that Germany would have the best electoral system possible. It is noteworthy that it has remained intact for 60 years. MMP provides the three attributes that you say the majority of Canadians want in your veiled endorsement of first-past-the-post: a simple ballot, stable governments and a connection between a local community and a representative. The 2015 election created an excitement for Canadians to enrich democracy again.

While I wouldn’t expect a balanced view from a Maclean’s editorial, I would, at the least, expect accurate facts. The editorial tells us that between 2005 and 2009, P.E.I., Ontario and B.C. held referendums on electoral reform and in all cases first-past-the-post (FPTP) was supported by at least 60 per cent of voters. However, B.C. held a referendum in 2005 asking voters if they should adopt proportional representation (PR). The suggestion was for a single transferable vote (STV) system. Almost 58 per cent of voters voted for STV. It was also supported by more than 50 per cent of voters in each of 77 of B.C.’s 79 electoral districts. Yet the system was not adopted, as the government had mandated that it needed at least 60 per cent of the popular vote to pass. Under PR systems, voter turnout jumps dramatically. People realize their vote actually counts for something; they no longer have to agonize over strategic voting. They can vote their conscience. Those with their hands on the levers of institutional power throughout the country are fairly united in their dislike and, indeed, fear of, actual democracy. This is, and always has been, the uphill battle that true electoral reform faces.

Despite the best of intentions to reduce or eliminate gun violence in the U.S. (“Disarming the gun problem,” This Week, Jan. 4), there are some major obstacles beyond the constitutional right to bear arms. There are so many guns out there already. Even without new purchases, it is simply too easy for individuals to obtain firearms one way or another, either legally or illegally. There is a perception among many law-abiding people that stricter gun-control laws will leave them defenceless in situations where criminals have guns but they don’t. Ergo, an increase in gun sales when talk about further legislation spikes in the aftermath of horrific events. Finally, background checks for criminality, violence, and mental stability seem like good ideas. But it is important to realize that people caught in the background-check net have shown their intention to acquire firearms, and it is not possible to monitor these people 24 hours a day. They can easily make acquisitions in circumstances not requiring background checks. These three obstacles by themselves create one devil of a problem! Where is Solomon when wisdom is so badly needed?

Too late for a diagnosis

The letters (“Stage four is too late to diagnose,” Letters, Jan. 4) and “Disturbing facts about lung cancer” (Society, Nov. 23) struck a chord with me because I lost my husband to lung cancer in 2008. For several years he was under the care of a lung specialist for chronic obstructive pulmonary disease, yet in all that time there was no pulmonary function testing, but lots of prescriptions for pills and puffers. As he continued to suffer with breathing problems, I finally suggested that he get a new lung specialist. She immediately organized a battery of tests, and found that he had lung cancer and it had metastasized, so it was too late for chemotherapy. He died eight months later. Most people do not realize that nowadays one has to advocate for one’s own health and treatment in Canada. The health system is failing us, with a reluctance to address cancer symptoms early enough. A stage-four diagnosis is too late for any hope of survival.

I have often wondered why parents bend backwards to please little children, when they ought to be firmly laying down the standards of morality, spirituality, academics and discipline for the children to follow (“The collapse of parenting,” Society, Jan. 18). The parenting manuals should not be defining who the child is, for each child is unique. It is up to the parents to build up the weak and strong points of a child, including their social and conversational skills, nurture their self-esteem, and guide them on many levels. Besides having a good social network, parents should mould their children’s roots, culture and identity, so that they have a sense of belonging and acceptance within a community. Parenting is not confusing. There is no formula, but it involves continuous dedication and commitment on the part of the parents.