Letters: Our readers on tipping, tutors, and steel wool 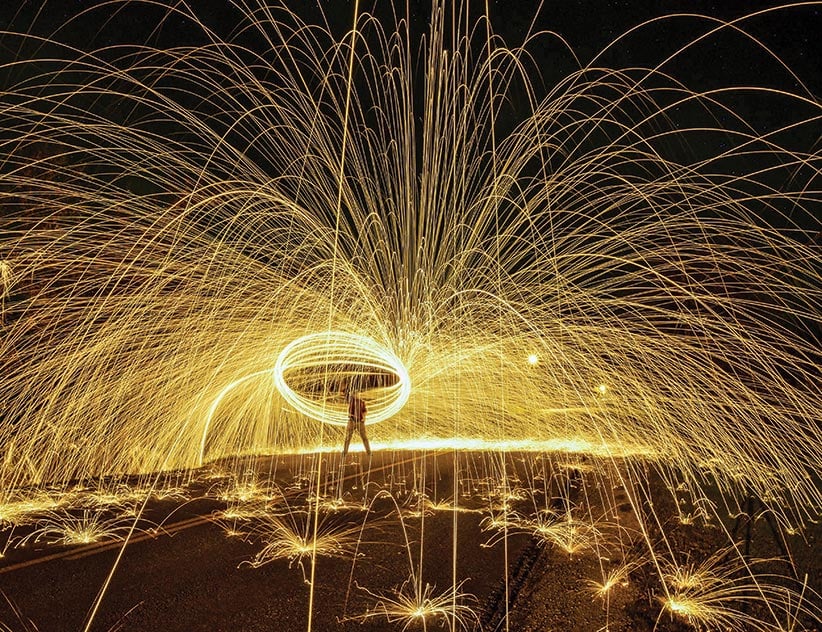 Staunch conservatives who hold onto the principles of smaller, more frugal governments have long held the belief that Prime Minister Stephen Harper’s Conservatives have demolished the Liberals by becoming them (“Who me? Conservative?” National, April 20). To get elected in a country where ever more of us depend on government programs for our well-being, and, as more and more benefits morph into entitlements, conservative parties have been forced to move further and further left on the political spectrum. With NDP Leader Thomas Mulcair wanting desperately to move his party past its traditional 20 per cent of the popular vote, he is inching more to the right, making the middle very crowded. The challenge facing the Liberals is to develop a platform that offers a clear choice that is noticeably different from those of their rivals, while the challenge to true conservative voters is to find comfort in supporting any of them.

We get what we pay for

Your March 23 cover story, “The evil genius of airlines,” was typical in its media portrayal of airlines: always negative, rarely positive. As an airline employee, I see what you describe every day on the job. It’s debatable whether charging for bags is a good plan or not. As airfares have decreased over the decades, and with passengers still demanding cheaper fares, I believe the airlines have done a decent job of keeping them low via “choices.” We have gotten where we are today because of consumer demand. Airlines such as WestJet, Spirit and Allegiant have thrived because of the no-frills, cheap service. Now you are getting what you want to pay for. Further, it still amazes me how inefficient passengers are at stowing their carry-ons and what they still believe is an acceptable size. Finally, everyone talks about overhead-bin space, but each passenger has her own personal bag space under the seat in front of her. The overhead is extra, just in case. You’re welcome.

Surely your April 13 cover image featuring a lily-white Christ is totally misleading and inaccurate! Whatever he really looked like, Jesus was born in the Middle East, so was almost certainly not white. It seems this image is equivalent to the foolish person (who, presumably, owned a copy of the King James Bible) who said, “If English was good enough for Jesus, it’s good enough for me!”

If “God is the answer” (Society, April 13), why is it that the alleged benefits of religion decrease, disappear and even reverse, as one’s social surroundings become less religious? A wider survey of the academic literature on this topic reveals the answer: An atheist teen who would thrive in France may well be lonely and depressed in the deep South—or even in a UBC undergraduate class, for that matter, where a 2011 survey found atheists are trusted no more than rapists. The reported benefits of religion, such as they are, come from deep social connection, with or without a religious or “spiritual” component. We humbly suggest that real friends are better than imaginary ones.

Before well-meaning parents rush out and sign up their moody 13-year-olds at the nearest house of worship, stop and think for a minute about the actual ingredients of mental well-being: a stable home life with loving caregivers who are present and interested in their children; an accepting, supportive community that values and honours all members; caregivers who encourage the growth of self-worth and identity; and having and taking the time, alone and with others, to reflect on self and the world. Religious institutions endorse many of these principles, but religion is not a magic bullet. It is not the institution, but the accepting community that is key.

After reading “The new tutor dynasty” (Help, April 20), I think it’s time to close all schools. The kids are not learning anything; otherwise, tutors would not be required. Kids don’t learn multiplication tables, spelling or proper writing, because the computer on every desk is doing it for them.

I totally agree with your April 20 editorial about tipping. I look at my bill to determine the cost of food and beverage before tax. Then I mentally calculate the amount of the tip at anywhere between zero and 15 per cent, determined only on the quality of the service—not the food, for which the server has little, if any, control. Then I round the resulting number up to the next dollar—simple, and informative to both the server and his employer. For example, one owner of a very fine and established restaurant called me three days after I’d eaten there and left no tip at all. He said, “Please do not misunderstand this call. I appreciate the message you sent me and only need to ask whether your server had blond or dark hair. I’d like you to return as my guest to allow our staff to treat you properly, as I know we have done in the past.”

India’s Prime Minister Narendra Modi (“The amazing Modi,” Economy, April 20) faces three problems for which no one has proposed an acceptable solution: a huge, rapidly growing population with a population density three times greater than China’s; the neglect of centuries, which has depleted environmental resources to a disastrously low level; and the independence of provincial governments from Modi’s control. Any one problem would have given a prime minister nightmares; the combination of the three makes you wonder why anyone would take on the responsibility.

The top court of Canada struck down Stephen Harper’s mandatory minimums for gun offences (“You do the crime, you do the time,” National, April 13). The Supreme Court stated that the law “could ensnare people with little or no moral fault” and who pose little danger to the public. Supreme Court Justice Beverley McLachlin wrote, “There exists a cavernous disconnect between the severity of the licensing type of offence and the mandatory minimum three-year term of imprisonment.” I’ve been preaching the same sermon for many years, that 1995’s Bill C-68 criminalizes the lawful gun owner. Harper has broken his election promise to repeal this law many times. Therefore, he sees lawful gun owners as criminals in waiting. Harper refuses to change the breach of law from felony to misdemeanour. In my opinion, it is cruel and unusual punishment to treat law-abiding gun owners in possession of a gun as criminals. Under section 92 of the Criminal Code, if your paper possession licence is not valid and you are in possession of a gun of any type, you are deemed a felon and have breached the law. The penalty for such a breach could land you in jail for up to 10 years. Lawful gun owners pose zero danger to the public. All gun owners need to write their MPs to tell them we’re tired of being treated like felons in waiting.

Watch out with that wool

Although I respect the artistic endeavours of Kyle Schappert’s creative form of light painting with flaming steel wool (“Spinning gold,” Society, April 20), it’s inherently dangerous. The amazing light trails are, in fact, flying chunks of compressed molten metal. One of the photos you ran shows how these little firebombs explode on impact. Many simple fizzle out with minimal risk. The big risk comes at the end: As the steel wool burns, it eventually compresses the metal that wasn’t ﬂung out into a slightly bigger fireball. Sometimes this ball will stay in the whisk, once the spinning is over. Quite often, however, it will be flung out. This compressed molten metal ball can continue to burn (in deep snow) for another minute or more and, at its temperature, lodged in the wrong spot, it would have no problem igniting dry wood. Yes, it can produce some stunning images relatively easily. Let’s just hope Schappert and his fellow #PegCitySpinners don’t learn of the inherent danger of spinning wool the hard way.

That one was a Keeper

I was very excited to see an article on menstrual cups (“It’s cute, it’s pink, there’s no blue liquid,” Bazaar, March 23). To see a picture of the Lily Cup is a nice step toward all things menstrual becoming normal, as they are for half the population (and, one could argue, for the other half, as well). However, it seemed unfair to dismiss early cups like the Keeper, the existence of which paved the way for more mainstream interpretations. I was a staunch Keeper user for 10 years before I retired it, even though it was “an unfortunate shade of mud brown” and was popular with the “crunchy-granola(s).” It was the only one on the market, and I was thankful for it. Not all women identify with pink (found on the new cups); I will take a reminder of the earth and the colour of dried blood any day over an unfortunate shade of bubblegum. Nonetheless, thank you very much for this article. It’s high time menstruation is not treated with squeamishness.

Contrary to being “bad news,” appointing former Toronto mayor Rob Ford to the board of the Hockey Hall of Fame seems in keeping with Toronto’s current hockey history (“Hall of infamy,” This Week, April 20). Who knows? If he keeps at it, we may see such stalwarts as Phil “the Floater” Kessel enshrined, along with many others who made the 2014-15 Leafs such fan favourites.