Don’t Be That Guy: Life lessons from the ball park 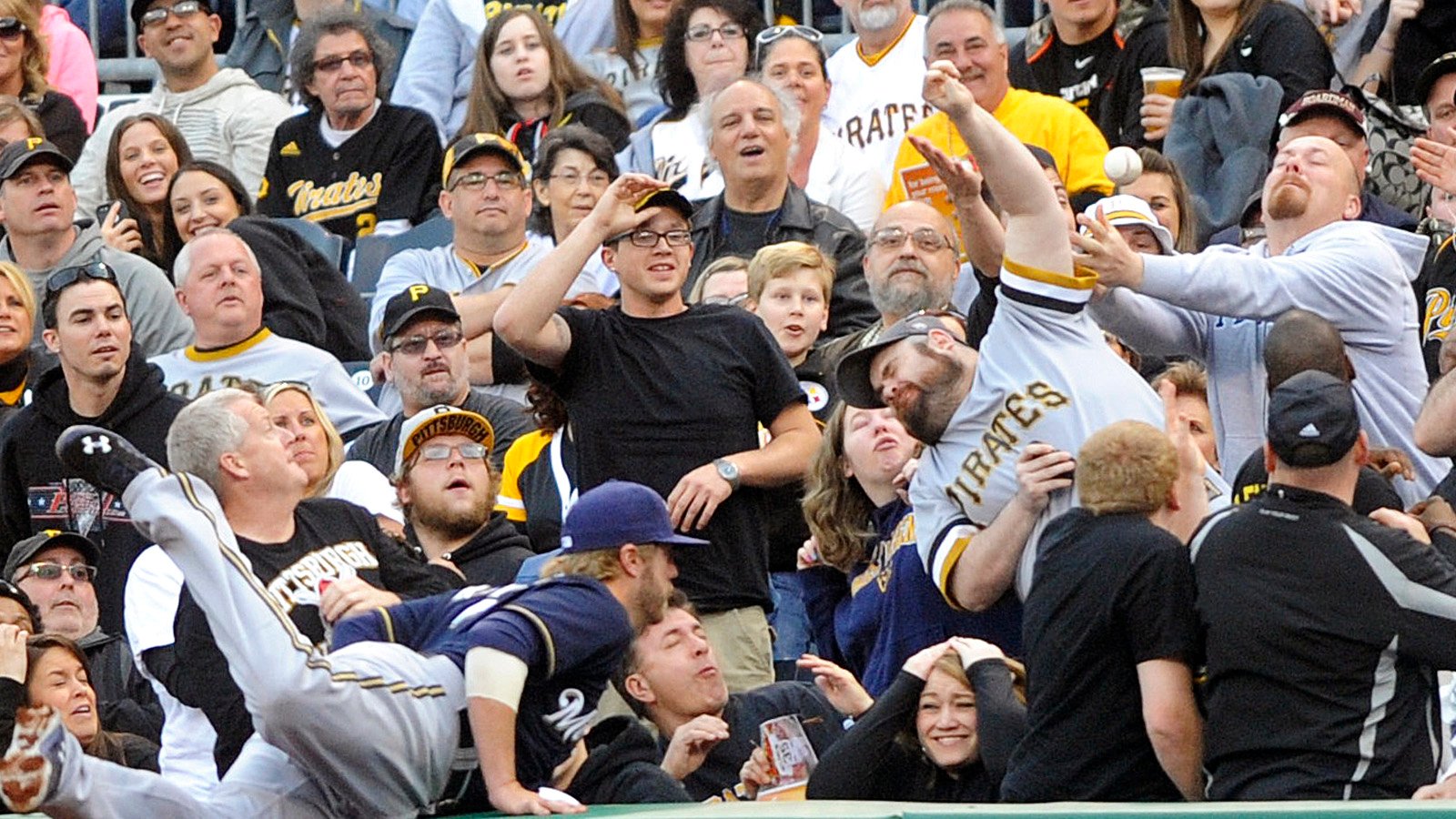 Mark Reynolds #7 of the Milwaukee Brewers goes into the crowd attempting to catch a foul ball against the Pittsburgh Pirates at PNC Park on April 19, 2014 in Pittsburgh, Pennsylvania. (Vincent Pugliese/Getty Images)

A summer road trip to a ballpark is a great opportunity to bond with the kids. There’s no better way to enjoy America’s favourite pastime: texting and then looking up when other people cheer. Plus, only baseball allows for nice, long chats undisturbed by action, thrills or sustained on-field excitement of any kind.

And so it was that I headed with Will, our youngest boy, to Pittsburgh to see his team, the Pirates. Over the course of the weekend, the fans at PNC Park provided fodder for a series of life lessons easily framed around the theme of: Don’t Be That Guy.

(Our older son, James, is spending the month at camp. As is tradition, his letters home have focused almost exclusively on the plumbing. An excerpt: “In another cabin, they clogged the toilet and a chipmunk fell into the bowl during the night and proceeded to swim/walk around in the poo all night and in the morning they helped it get out but it was scared and ran all over the place, leaving poo-ey paw prints on their shoes, porch, bathroom and clothes.” James apparently attends Camp Run-on Sentence.)

What follows is just some of the useful life coaching that Will, 13, is unlikely to soon forget.

1. Don’t be “Jostles Senior Citizen to Get a Flying Hot Dog” Guy.

From time to time, we all get caught up in the moment and act on competitive impulse. Case in point: We see a huge lime-green parrot mascot fire a wiener into the crowd using his magic sausage bazooka. We watch as the hot dog descends toward us in a long arc. We all want that gross, lukewarm hot dog—sweet Jesus, how we want it. But only a few of us will barrel brazenly along the row in such a way that they direct their armpit into the face of an 80-something-year-old gentleman and almost knock him off his feet. These few are known as a-holes. Don’t be an a-hole, Will. (Secondary advice: If you are going to be an a-hole, make sure you catch the dog. What a butterfingers.)

2. Don’t be “Proposes Marriage at a Sports Stadium” Guy.

On Saturday night, we watched on the scoreboard as a man dropped to one knee and thrust an engagement ring toward his lady. Her lips said, “Yes.” The rest of her face said, “As soon as this camera moves away, I am going to lose this forced smile and murder you for proposing here.” It’s hard to believe, fellas, but not every girl dreams of having the question popped over the remnants of the nachos supreme. Plus, this bride-to-be has to live with the memory of receiving less applause than Potato Pete, who, a short time later, would win the Great Pierogy Mascot Race in a tight finish over Sauerkraut Saul. Few marriages can hope to survive that.

3. Don’t be “Grown Man Who Brings His Glove to the Park” Guy.

Two hours before game time, Will and I head to the left field bleachers, joining other kids and parents hoping to catch a batting-practice ball. A crack of the bat! A high fly heading in our direction! And then a full-grown adult man in camouflage shorts jumps down to the row in front of us and snags it away with his well-worn glove.

Moments later, a line drive strikes a metal backrest nearby. Camo Shorts hurdles a bench in pursuit. He’s got a bead on it. But, suddenly from the opposite direction: Here comes Unexpected Fat Guy! Both close on the ball. Both dive—literally dive, as in become airborne—for it. Later, Will and I would agree that, on its own, the ensuing head-to-head impact would make our 1,700-km round trip worthwhile. “I know, I know,” said Will. “Don’t be those guys.” (Unexpected Fat Guy would ultimately walk away with a $15 baseball—and a broken pair of $100 sunglasses.)

During the next day’s game, a Pirates batter lined a foul ball toward our seats along the third base line. It skipped hard off the dugout and found its way to Will, though not before striking an elderly woman hard in the cheek. She was pretty shaken up.

Will had been angling for a ball all weekend. He held it in his hands for a minute or two, inspecting it, rubbing it. Eventually, he turned and held it out to the woman. “You should have this,” he said. “You earned it.” If any other parents were around, I’d like to think they might have considered saying to their kids: Be That Guy.