Prophetic hindsight: A quiz on the year that hasn't yet been

Forget 2014. Scott Feschuk looks back on the year ahead 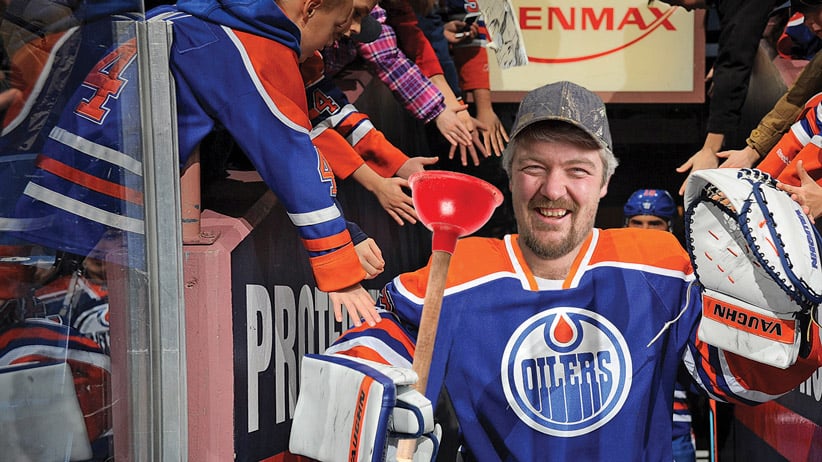 It’s time to stop looking back at 2014: Last year is so last year. Instead, let’s look back on 2015 by taking this quiz about the year that hasn’t yet been.

1. Popular throughout 2015, the health-focused Apple Watch was well-received except for:

a) Various bugs and connectivity issues.

b) Its underwhelming battery life.

c) The fact that it came pre-loaded with Bono’s pulse rate.

2. Looking back, what was the most unexpected moment from the 2015 federal election campaign?

a) Firming up support among women, Justin Trudeau managed to go the entire leaders’ debate speaking only lyrics from John Mayer songs.

b) Sinking in the polls, Thomas Mulcair visited the Governor General to formally request “a mulligan.”

c) The eloquence of Stephen Harper’s victory speech was undermined only by the fact he had actually lost, but none of his staff had the guts to tell him.

a) A blizzard closed airports all along the Atlantic coast.

b) The wind chill pushed below -50° C on the Prairies.

4. The official theme of the 87th Academy Awards, held in February, was:

a) Magic, wonder and about nine pointless montages!

b) Celebrating a half-century of gratuitous female nudity!

c) Maybe next year we’ll nominate someone you’ve heard of!

5. Seeking to build on the success of its no-frills Rouge airline, Air Canada introduced which of the following?

a) Air Canada Jaune: Bring your own snacks, drinks and pilot.

b) Air Canada Blanc: Offering the latest in customer-focused hostility and tarmac delays.

c) Air Canada Bleu: Eliminating all the hassles of air travel (by putting you on a bus).

6. The hapless Edmonton Oilers completed a season to forget by using the first overall draft pick to select:

a) Connor McDavid, a can’t-miss superstar.

b) David McConnor, a plumber from Lethbridge.

7. In September, Queen Elizabeth II surpassed her great-great-grandmother to become Britain’s longest-serving monarch, a milestone that was marked by:

a) Pomp, pageantry outside Buckingham Palace.

b) Like, eight different super-special collector’s issues of Maclean’s.

8. While at Rideau Hall to receive the Order of Canada for his career in hockey broadcasting, CBC’s Bob Cole:

a) Repeatedly informed a lamp that the ceremony would be “a dandy.”

b) Misidentified his new lapel pin as an hors d’oeuvre.

c) Referred to the Governor General as “the Ottawa player.”

9. In keeping with the spirit of the original, the climax of Independence Day 2 hinged on the human race defeating an alien invasion force by:

a) Uploading a computer virus with a Commodore 64 and pay phone.

b) Lowering the aliens’ high-tech shields using only a screwdriver and the words to Come on Eileen.

c) Texting the mothership “hey,” then watching it crash into a volcano while texting a reply.

10. Hillary Clinton’s run for the White House got off to a rough start when she revealed which campaign slogan?

11. Which was the most surprising twist in the new Star Wars movie?

a) Lando revealed to have been Khan the whole time.

b) Rebirth of “dark-side menace” forced Luke to abandon his book tour for The Force and You: Powerful Strategies for Destroying Your Own Personal Death Star (No. 3 on Amazon Tatooine!).