A 1960 double homicide shocked the small town of East Gwillimbury, but the killer was never found. Family members still keep the search going.

It was called the “perfect murder.”

On Saturday June 18, 1960, Glenn Kivell and Marion Bagshaw were shot “in a savage barrage” in the kitchen of her East Gwillimbury farmhouse. The only witness, according to newspapers, which made much of this at the time, was Marion’s pet flying squirrel.  The couple was having a beer, and a partially made salad was on the counter.

The bodies were found the next day by a neighbour who came to check on Marion because her laundry was still hanging on a clothesline.  A small detail that provides a glimpse into the past life of this quiet community, about an hour north of Toronto.

It seems they never had a chance. Newspaper articles reported Marion was still sitting at the kitchen table, her legs crossed. Glenn was lying face down at her feet. They died within seconds of each other. It was a gruesome scene.

The question that dominated the news back then remains to this day: why would anyone want to kill them?  At the time of her death, Marion Bagshaw was 35-years-old and considered a “modern woman.” She never married, had no children and worked full time as a data processing manager in Toronto.  At a striking six feet tall, she was “very well liked by the men.”

Glenn Kivell was a successful 46-year-old executive who was also ahead of his time. He invented a decoding machine and sold the patent to IBM. He had left his wife and two children two years before his death, apparently for Marion, and rented a room at the farmhouse next door to hers.

Though they had parted ways, he never divorced his wife, who was quoted in a newspaper saying “I never gave up hope he would return to me, I still loved him.”

Nearly 60 years later, these murders are still unsolved. This is a remarkable story about a trio searching for an elusive truth; amateur sleuths working on an old-fashioned whodunnit, each with a tie to the victims. 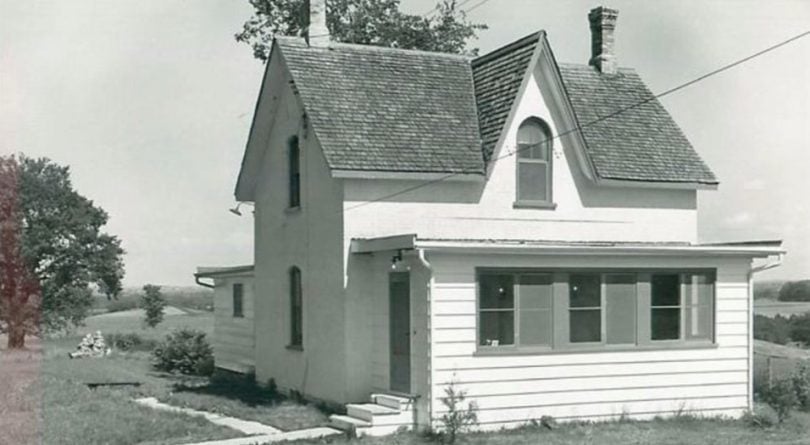 Drew Kivell was 14 when his father was shot. He is now 72.  No one ever talked about his father as he grew up, but he says it was always in the background.  “It was tough at times,” he says quietly.

Nine years ago, after his mother died, Drew started a deeply personal investigation, digging into the past to try to solve his father’s death.

Remarkably, around that same time he met Marion’s nephew, Peter Bagshaw on a cold case website. Peter also grew up wondering who murdered the couple, and also started investigating after his father, Marion’s brother, passed away. “It’s just a constant curiosity,” he says. “It’s a mystery, everybody wants to know about their families.”

The third person digging into the case is Jennifer Fallis. She has a friend whose father was cousins with Marion, and she had heard much of the deaths over the years. She began investigating two years ago, and as a result teamed up with Drew and Peter.

“I know the chances of the killer being alive would be slim to nil, but I’ve always said that I really believe there is somebody out there who knows,” she says. “There is information out there that is yet to be had, we just haven’t hit it.”

Combined, the trio has put in hundreds of hours of work, reaching out to people who might know something, anything. There was debate over whether Marion actually owned the farmhouse she lived in. Fallis found the deed, and records show she bought it in 1958. Drew contacted the son of an East Gwillimbury police officer to see if he had his father’s notebooks. He didn’t. And they discovered that old farmhouse where the pair was murdered is still standing, on Warden Avenue in York Region. It’s a different colour now and has an addition with a garage but it’s still there. Drew knocked on the door and introduced himself, the owners were shocked to hear of their home’s grisly history. All those decades later, he went back in time and place to the very moment he lost his father.

“It was pretty weird,” he acknowledges. “I was standing, I think, in the position of where the killer had been standing.”  As he took in the scene, he says he was thinking, “What went on here?  What happened?”

There were many theories about who killed Marion and Glenn. Some reports stated Marion had broken up with a boyfriend six months before, and speculated that the killer could be a jealous ex-lover. Others have speculated the killings were the work of a hit man, and many wondered Marion had material that could be used to blackmail someone. A fraud investigation was taking place at her office — maybe she had damning information.  Drew also wonders if it was over a gambling debt; his father was known to play cards.  One newspaper reports that neighbours speculated that the killer was a former police officer. Everything has led the civilian investigators to a dead end.

Drew’s biggest frustration is that he hasn’t been able to see all the evidence gathered by police almost six decades ago. That’s because most of it is gone. Detective Bill Courtice from York Region Police’s cold case division confirms his force inherited the case from the OPP in 2012 and the file was very small. The notes investigators collected over 320 interviews, Marion’s diary and forensic evidence no longer exist.

“It was a long time ago,” Detective Courtice explains. “Things were destroyed or they were lost over time.” He says police still don’t know whether Marion, Glenn or both were the targets, and they still don’t know the motive. Courtice confirms police believe the couple was ambushed and had no chance to defend themselves.

There is one nagging clue: a mystery man in a foreign-built car who was seen buying ammunition for a 303 rifle — the very type that was used in the murders. His car was seen near Marion’s farmhouse but he was never identified.

That brings us to today. Drew has poured his heart and soul into finding his father’s killer and he doesn’t think he can do it anymore. If this story doesn’t generate any tips he is going to put his binder full of newspaper stories and notes away for good.

Drew looks at the binder and softly notes the only images of his father he has are in the newspapers talking about his murder. There are no family photos.