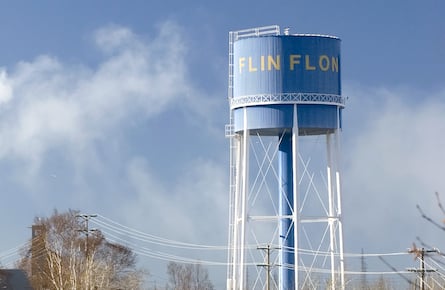 1. Flin Flon, Man., is named after a science fiction character, Josiah Flintabbatey Flonatin, from the 1905 book The Sunless City. The mining prospectors who discovered large mineral deposits near the future site of the town found a copy of the book nearby.

2. At least 17 NHL players have come out of the town of 5,500, including Hall of Famer Bobby Clarke and Ken Baumgartner.

3. In the last decade, Flin Flon was home to Canada’s largest legal grow-op. Known as the “ganja mine” because it grew pot in an underground mine, it supplied Health Canada’s medical-marijuana needs.

4. In the 1950s, Flin Flon flirted with independence from Manitoba. The Flin Flon Chamber of Commerce very briefly considered a proposal to carve out a large chunk of northern Manitoba, Saskatchewan and Alberta to form a new province, to be called Pre-Cambria.

5. In 1943, hundreds of servicemen from Flin Flon were invited to descend on Nelson’s Column in London’s Trafalgar Square for a raucous reunion that lasted from morning to midnight, drinking at least one bar dry. As a dispatch from London noted: “The manager had never seen Flin Floners in action before and his voice was full of wonder and regret when he had to inform them the well had run dry.”