A 330-kilometre trek for the love of hockey

Image of the Week: Aries Benuen and his grandfather Sebastian crushed their goal of raising $50,000 so the Innu boy can keep playing at the top of the game 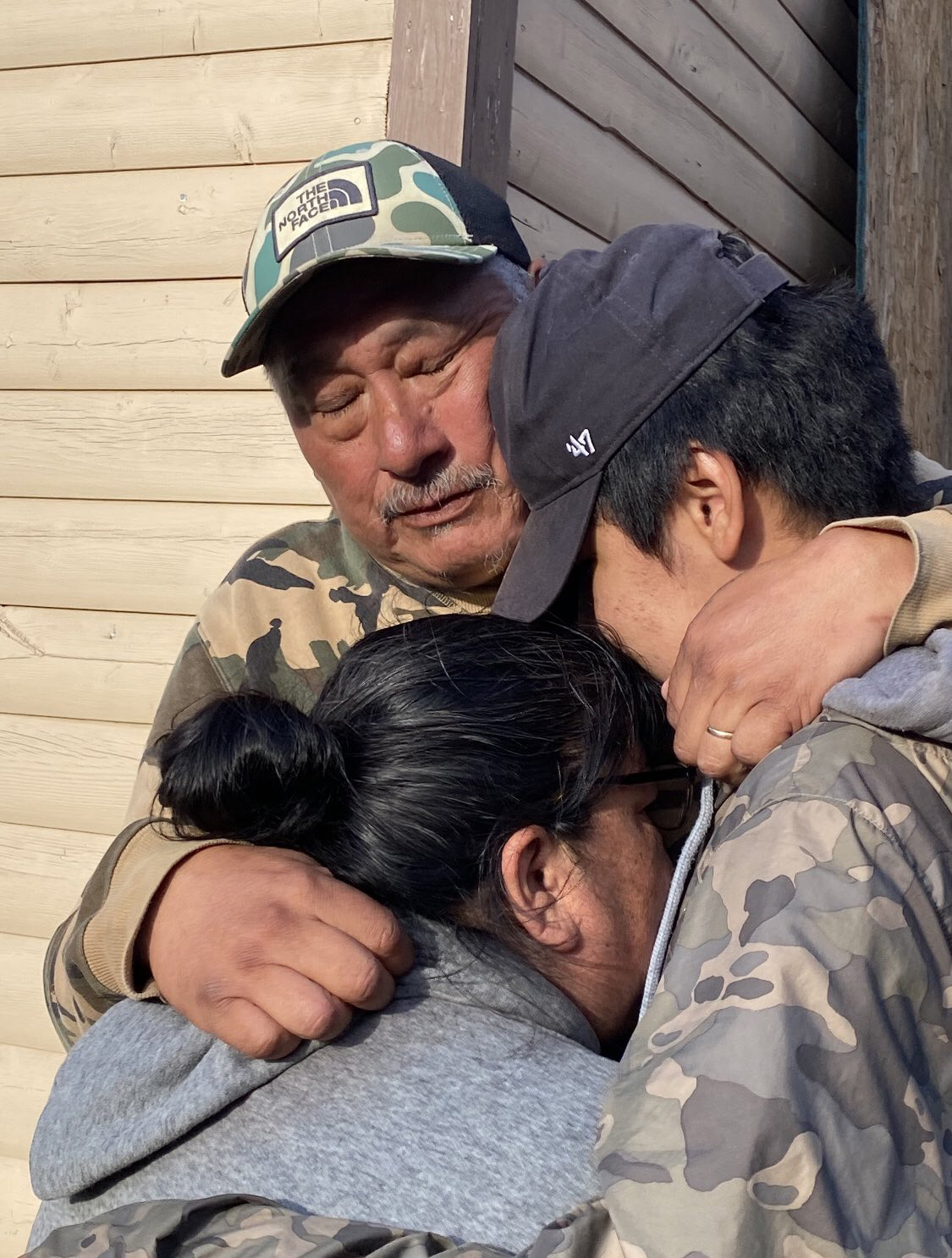 Sebastian (left) and Aries (right) Benuen embrace after making it home to Sheshatshiu after a 330-kilometre walk from Churchill Falls. (Courtesy of Sebastian Benuen)

Life is not always easy in Labrador. Weather is harsh, food is expensive and opportunities are limited. But conditions do not define fate; when a local community notices someone special, they rally together in support. Aries Benuen is one of those people. When the Innu boy started watching hockey at four years old, his love of the game was obvious. By age 11, to foster his talents in a bigger league, he and his grandfather moved from their hometown of Sheshatshiu to Happy Valley-Goose Bay, 40 km away, where a kind stranger agreed to rent out an affordable apartment to them. The small story made local headlines—far from a national media splash. But things change rapidly in one’s teenage years. Now 14, Aries is a rising star and the beneficiary of a $77,000 GoFundMe campaign following a 330-km walk he undertook from Churchill Falls, Labrador, to Sheshatshiu. He embarked on the highway-side journey on Aug. 29 with his grandfather, who lost his job due to the pandemic; 12 days later, the pair completed their trek, marching into a fanfare-filled town alongside a local girls’ hockey team. The Benuens were hoping for $50,000, so this outcome has been overwhelming; the funds will go toward Aries’s tuition at the Canadian International Hockey Academy in Rockland, Ont., where he’ll train to represent Canada in the World Cup of Hockey under-15 tournament in Europe next year. Remember his name: in a few years, you just might hear it again at the NHL draft.

FILED UNDER: Editor's Picks Hockey Image of the week Innu