Scientists now link rats to the destruction of more than 100 island species, from birds to shrubs 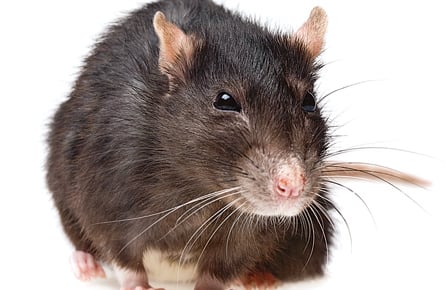 This article was first published in May, 2011

To kill the rats or not to kill the rats? That is a burning question in contemporary conservation efforts to preserve indigenous island life. Although oceanic islands form only five per cent of the planet’s land mass, they are home to a full 20 per cent of its animal species; and, because of island creatures’ vulnerability to new predators or habitat destroyers, they are home also to a bleak two-thirds of the extinctions racked up during human history. Rats, of course, aren’t the world’s only invasive species—in that regard, as in all other ecological massacres, the apex predator is us. There are also feral cats, pigs and goats, zebra mussels and Asian long-horned beetles.

But humanity aside, none match rats—prodigious breeders and capable of turning almost anything into food—as agents of destruction. As detailed in Rat Island, William Stolzenburg’s gripping account of the war conservationists have been waging for the last two decades—some 800 island eradications of invasive mammals—scientists now link the “big three” rat species (brown, black, Pacific) to the extinction of more than 100 island species, from birds to worms to shrubs. Two archaeologists have even challenged the prevailing wisdom that greedy humans decimated the forests of Easter Island, leading to the environmental and social destruction described in Jared Diamond’s 2005 bestseller, Collapse. They persuasively pin the forest over-exploitation on an exploding population of rats brought by Polynesian settlers.

In the South Pacific, scientists have watched rats swarm nesting albatrosses, eating and killing them—in that order. At the other end of the globe, on Alaska’s Kiska Island, rats have met a million-strong super-flock of least auklets, the smallest of all seabirds. The auklets have evolved in the absence of ground predators and sit quietly on their nests as a rat approaches. The rodent bites the bird in the back of the head, eats its brains and eyeballs and stashes the rest. The rats, too, have no experience of this prey—one that refuses to defend itself or run away—and thus just keep attacking. A single rat has been known to have stashes of up to 150 auklet corpses, most of which will simply rot.

Exterminating the rats is a moral imperative for most conservationists, but it’s not that simple for others. Opponents are passionate about their own moral responses, questioning what seems to them humankind’s all-too-quick resort to lethal violence, our instinctive attitude—both godlike in dealing out life or death and careless about unintended consequences—that caused this mess in the first place. “Species go extinct all the time,” argued animal rights activist Rob Puddicombe, referring not to rats, but to the seabirds they endanger, about plans to blanket a California island with helicopter-dropped rat poison. “These animals are here and alive now. Their lives have value.” And what about collateral damage to raptor birds, which might eat the poisoned rats, or the long-term ecological effects of the chemicals?

But humans hate rats, viscerally and eternally, and would-be rat-killers have increasingly won the go-ahead. This summer Parks Canada will begin exterminating rats infesting the islands of Haida Gwaii, off the B.C. coast. But it’s Kiska where, in Stolzenburg’s opinion, the stakes are highest and the prospects most daunting. Rats arrived there (scientists believe) as late as the Second World War, and may well have required another half-century to cross 20 km of tundra and over an ice-covered volcano to the boulder-strewn lava field where the auklets breed. Only in the past decade have conservation authorities picked up the trail of carnage.

Eradication is their preferred—they would say, sole—solution, but Kiska is huge (70,000 acres) with almost permanently foul weather, and the scale of response required (20 helicopters, 500 tons of poison, 10 ships) is simply not on in the United States’ current fiscal situation. Worse, the warm-up assault on nearby Rat Island—already so overrun (via a 1788 Japanese shipwreck) that a passing Russian explorer gave it an obvious name in 1827—brought serious collateral damage: 49 dead bald eagles on an island a tenth of Kiska’s size. For now, at least, rats and auklets continue to co-exist on Kiska. Perhaps they will reach equilibrium, Stolzenburg suggests, not entirely hopefully; perhaps the auklet superflock, one of the Arctic’s great spectacles, will cease to exist. Or maybe, if finances improve before the situation becomes irretrievable, the Normandy invasion of rat eradications will be launched.