All the lonely old people 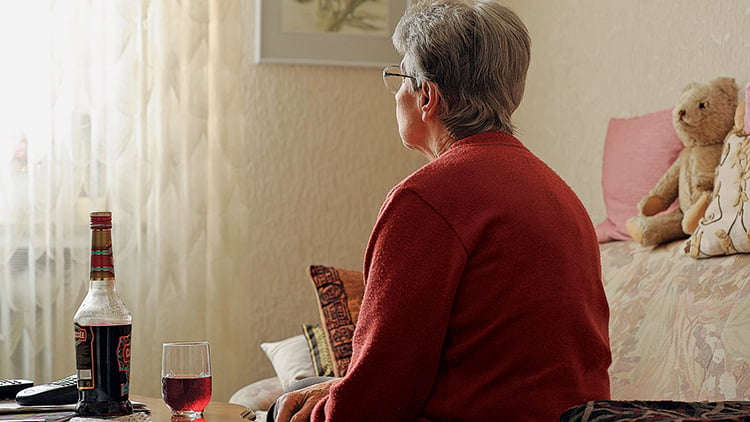 When the Beatles sang of Eleanor Rigby and “all the lonely people,” it’s safe to assume they weren’t concerned about the effects of an aging population on Britain’s National Health Service. Nonetheless, this facet of the human condition, one rarely mentioned in pop songs, has become a major health problem. The relationship between old age and social isolation is a condition now officially known in psychiatric circles as chronic loneliness. Poor old Eleanor Rigby may well be a symbol of Britain’s greatest health crisis.

A new study by the addiction charity DrugScope has found that the Baby Boom generation and their elders are abusing drugs and alcohol more than older generations before them—behaviour experts believe is a symptom of the U.K.’s much-publicized loneliness epidemic. The Campaign to End Loneliness, a small, privately endowed charity, reports that roughly 10 per cent of older Britons (more than 800,000 in total) are chronically lonely all or most of the time. Another study has found that five million elderly people here say the television is their major form of companionship.

The U.K.’s health minister, Jeremy Hunt, in a speech late last year, decried this “epidemic of loneliness” as a “national shame.” He urged Britons to learn from Asian cultures, in which there is “reverence and respect for older people” and “the social contract is stronger because, as children see how their own grandparents are looked after, they develop higher expectations of how they, too, will be treated when they get old.”

But in a nation where quiet forbearance and the solace of gin are almost a national religion, old habits die hard. Last week’s report found that 1.4 million people over the age of 65 were drinking more than the recommended daily limits and that alcohol-related hospital admissions for over 65s had more than doubled in the past decade. Even more disturbing, the elderly (those aged 75 and over) have the highest alcohol-related death rate since records began in 1991.

DrugScope director Marcus Roberts says that, while most drug and alcohol policy focuses on young people with whirlwind social lives, the old and isolated among us are also at risk. Substance abuse among the old, he says, “may be a symptom of other problems, such as loneliness and isolation, caring for a partner, bereavement or the struggle to make ends meet.”

According to Kate Jobling, director of the Campaign to End Loneliness, the effects of social isolation on the U.K.’s population are more profound than obesity and potentially as dangerous as cigarette smoking. (According to one study, the deleterious health effects of loneliness are roughly equivalent to smoking 15 cigarettes a day.) Jobling cites several studies that put the lonely at higher risk of high blood pressure and physical disability. But the psychological effects are the real worry, she says. Lonely people have a significantly increased risk of cognitive decline, dementia, depression and even suicide.

According to Jobling, the recent rise in loneliness in the U.K. is the result of a combination of factors. Chief among them is the rising number of single-person households combined with an aging population. And with that aging population come the effects of bereavement. Yet another factor is immigration, which has meant there are more foreign-born Britons growing old without their extended families close at hand. “We have been looking at the effects of dementia on people who have English as a second language. Often they lose their adopted language and can end up very isolated as a result.”

Jobling describes the sort of outreach programs her organization is involved in, from “active befriending,” in which volunteers offer their company to isolated elderly people, to programs with a somewhat more stealthy approach. Her personal favourite is the “man sheds” scheme, which offer local space for older men to meet and do practical DIY work together. Socializing, while optional, is the program’s key benefit.

And yet, isn’t loneliness really just a natural part of the human condition? Jobling concedes that her organization’s stated goal to bring an “end” to loneliness is perhaps a bit aspirational. “It’s not about making sure no old person ever experiences sadness,” she says. “It’s about coping with problems as they arise.”

If only poor Eleanor Rigby had an active befriending program in her village. It wouldn’t have made a great pop song, but you can’t argue with the health benefits.