An alternative sightseeing guide to London

Forget queues: Why not drink good coffee, walk through flower markets, and get up close and personal with some street art?

London is a city so crammed that walking down the street on any given day is like a game of human pin-ball. Olympic London will be worse: as in, waiting-in-line-all-day-to-get-into-the-Tate Modern worse. Wouldn’t you rather avoid the masses and see the city like a stay-cating Londoner? Sure you would. Here’s an unconventional guide to sightseeing in London: 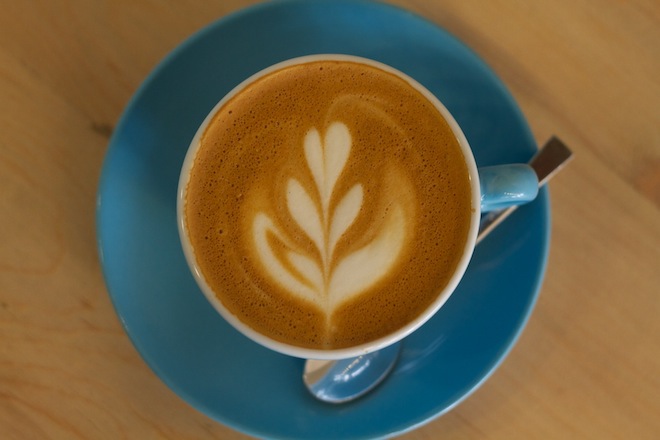 COFFEE
Wake up and what’s on your mind? Coffee, of course. There’re lots of great coffee shops in London but only one where you can learn latte art from a World Barista champion between your sips of flat white. A few years ago, Gwilym Davies was running his coffee cart in East London when his friends entered him in the World Barista Championship competition on a whim. When the flat cap-wearing Yorkshireman won the title in 2009, the charming cart was soon overrun and Davies opened Prufrock’s, a laid-back café and learning space. You can just sit and sip in the café or, as the café’s namesake poem suggests, dive in and measure out your Saturday with coffee spoons: Prufrock’s offers three-hour classes in Brew Methods, Coffee Tastings and Latte Art, among others.

Don’t want to work so hard for your cup? Full Stop Café is great to watch weekenders browse Brick Lane market. Bonus: it also serves handcrafted ales from Redchurch Brewery, made just up the road. 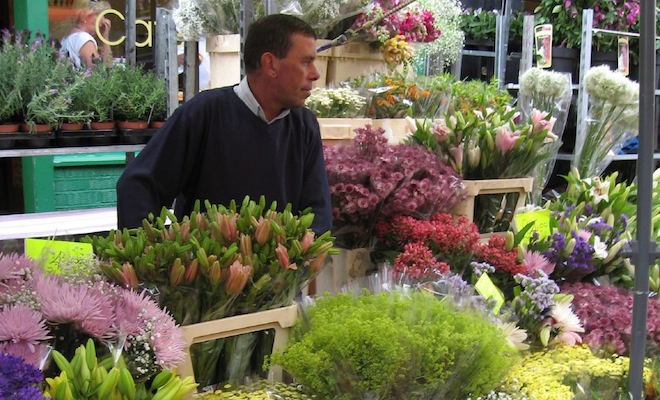 WALK
Coffee buzz kicking in, you’d probably like to do some shopping. You don’t need a red toy phone booth and under no circumstances should you buy a reusable Harrods bag. The Columbia Road Flower Market is capable of giving you that souvenir experience we all hope to find when we travel and it will put your senses to work. There’s that rainbow of blossoms lining the street, the strong sniff of hollyhocks from the stall next door, and then there’s all that yelling. Men with gold chains and cockney accents holler things like ‘Lilies fer a fiver! Buy ‘em for your wife, buy ‘em fer someone else’s wife!’ You’ll feel like an extra in Guy Ritchie Presents London! with blooms instead of bullets. Don’t forget your camera – this place is rich in photo-op gold. On your way out, pick up some irises to brighten up your hotel room. Go around closing time to get the best deals. Sunday 8 am – 2 pm.

ART GALLERY
Most art galleries in London are free and the streets, spilling over with graffiti, are no different. London is known for its incendiary street art—this is, after all, the land of Banksy. And there are many pockets across town where you can witness a slice of the London art scene as it happens – amazing artists paint the walls in the sunken ball courts at Stockwell Park Estate almost weekly in the summer. The Leake Street tunnel by Waterloo station is easily accessible and was the site of Banksy’s 2008 Cans Festival, an urban street art party where artists from around the world came to beautify the tunnel. Brick Lane and Old Street is street art central in London. Curtain Rd, Holywell Lane and Rivington St. are packed with so many stencils, posters and coats of spray paint, you’ll feel like Alice in graffiti wonderland. 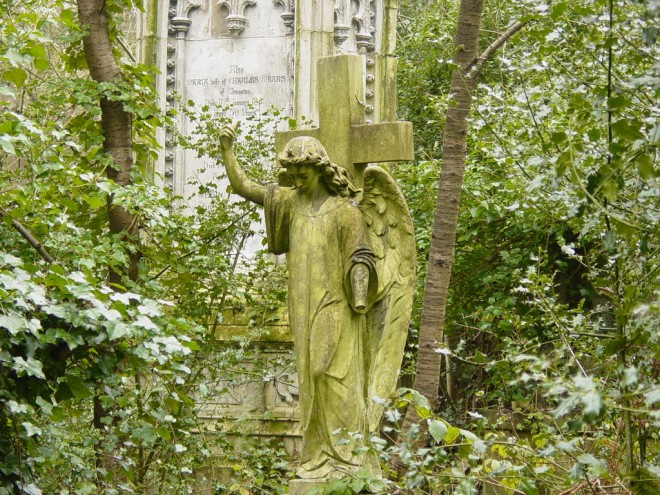 MUSEUM
London is an old city. And sure, sometimes those ancient buildings can make you feel like you’re in an open-air museum. But most main streets have some combination of 30 chain stores, like Carphone Warehouse,Tesco and Willam Hill betting shops, giving them a terrible cookie-cutter effect. You’ll need a pretty good imagination to feel the spirit of Swinging London in Soho or the refinement of the Edwardian gentry in Kensington. But Highgate Cemetery on the north end of town looks utterly frozen in time. The sprawling cemetery, packed with crooked headstones and weeping stone angels wrapped in dense ivy, is a morbid and beautiful monument to the Victorian obsession with death. It’s the resting place of Karl Marx, poet Christina Rossetti and writer George Elliot, among others. Go on a misty day for full effect. The West Cemetery can be viewed only by tour and it’s worth it – you’ll feel like you’ve time travelled. 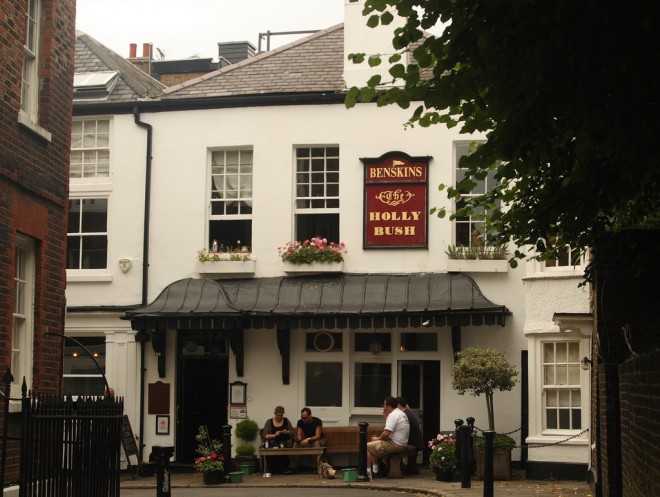 DINNER
Instead of Googling a restaurant online (and scrutinizing the menu beforehand so you know exactly what you’ll be ordering), The School of Life  has a more innovative idea on how to dine. The resource centre, originally set up as a school to get through the school of hard knocks, not only offers classes with philosophical titles like “How to be Creative” and “How Necessary is a Relationship,” but they also host intimate meals where diners are encouraged to weigh in with their own ideas and experiences. Think of it like a diner’s salon. Gone are the ‘what do you do for a living’ banalities and other cocktail-hour platitudes. At these dinners, you’re likely to intimately relate to how someone feels about the concept of guilty pleasure or how to best develop compassion before even knowing their name. Next month, they’re hosting a Picnic with Thoreau in a secluded London park. Sip Pimm’s and nibble potato salad while discussing self-discovery and purpose, with strangers!

If that’s too intimating, The Holly Bush in Hampstead is the most charming pub in London. You’ll get standard English fare like beef & ale pie with Eton mess for dessert. Walk the Hampstead streets and admire the chocolate box houses, as you digest.