The creative winemaker at Burning Kiln has taken risks, unusual paths to get to where he is today 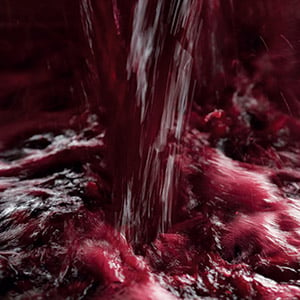 Inside the corrugated metal barn that houses his new winery, Andrzej Lipinski is up to things that would make most of his competitors blanch in terror: risky experiments with natural fermentation (one false step and you can ruin a year’s harvest), extra-long barrels to enhance the body, and regularly turning his reds—something almost nobody else does—to pump up the flavour. “I’m screwing with everything,” says the 49-year-old, named the province’s top winemaker by the Ontario Wine Council in 2012, with a grin. “But I always say, if you want to make great wine, you have to walk on very thin ice.”

Lipinski has always been an outlier. Trained as a car mechanic, he emigrated from Poland in 1989 and settled in St. Catharines, Ont., where one of his older brothers lived. Unwilling to re-apprentice to qualify in his trade—his wife and two young children were still waiting back home and he needed money—he took a job in construction. During a renovation project at Vineland Estates, he struck a friendship with owner John Howard that eventually led to a handyman’s job. Lipinski knew nothing about wine, but figured he had better learn. “At first I didn’t like it,” he says. “I forced myself to drink it.” In 1996, he became the assistant winemaker. And when he was allowed to produce his own wine two years later—eight barrels of  chardonnay for which he hand-selected every grape—it won gold at Vinitaly in Verona, the largest wine fair in the world.

Since leaving Vineland in 2002, Lipinski has won plaudits as the winemaker for a half-dozen Niagara producers, including Foreign Affair and Organized Crime. And since 2007, in his work with Colaneri Estate Winery and others, he has made waves by using the appassimento process—traditionally used for rich Italian reds like Amarone—for both his whites and his reds, where grapes are air-dried to increase flavour. “The growing season here is short; the grapes can’t fully ripen like they do in southern climes,” he says. “And this allows me to make the wine consistent.” (His latest innovation, hatched during his work for the Burning Kiln winery near Simcoe, Ont., is to use tobacco kilns to help speed the drying process.)

This fall, Lipinski will launch his own label, Big Head, produced in his own facility tucked within Cornerstone Estate Winery in Beamsville, Ont. The move, which came after his wife visited a psychic and was told her husband would soon have his own vineyard, is a risk. He has put a considerable amount of his own money into it—a single piece of testing equipment cost $45,000—and his professional reputation on the line. But Lipinski is confident there’s a market for even more complex and challenging wines than those he’s been making for other people. “I know my wines are different. They aren’t ‘Niagara’ wines,” he says. “But that’s okay. I want to be different.”