Battle of the Christmas bulbs

Christmas lights are balm to some, a bother to others—and an increasing source of civic conflict 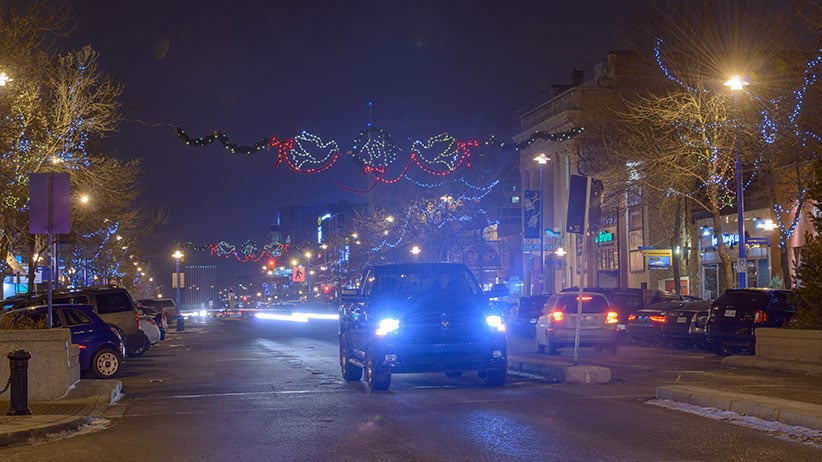 It’s typically considered bad luck, not to mention tacky, to keep Christmas lights up past the sixth of January, also known as Epiphany or Twelfth Night—a Christian feast that celebrates the recognition of Jesus as the son of God.

While there have been a few notable controversies in Canada—a man in Brantford, Ont., whose 35,000-bulb Christmas array caused “madness,” according to neighbours, and prompted city council to regulate “publicized displays”—the municipal issue of Christmas lights, and the timing thereof, tend not to be heavily regulated. In 2013, residents in Fort McMurray, Alta., awoke to news of a bylaw that would result in a $550 fine and suspended garbage pickup for those who left their lights up past April 30. Cue the outrage, until it was revealed to be an April Fool’s hoax cooked up by a couple of city councillors.

In the United States, it’s a different story: The city of Aurora, Ill., doles out $50 fines to those who don’t take their lights down by Feb. 25 and has issued more than 400 since 2005. The price of procrastination is even higher in San Diego, where residents face a $250 fine if lights stay up after Feb. 2.

Too early is just as bad as too late for one Edmonton resident, who tweeted about his neighbour turning on his lights in October. “Those are the same as Halloween decorations, right? #Clueless,” he complained. A Halifax woman was not amused when it happened in her neighbourhood a month earlier: “Isn’t there a bylaw to deal with that?? #scrooge,” she tweeted.

Next month, city council in Orangeville, Ont., will debate whether Christmas lights should be allowed before Remembrance Day. Councillor Scott Wilson tabled the motion after hearing from a woman on the campaign trail who was concerned the lights and decor distracted from honouring Canada’s war veterans. “There’s more than ample time after to put up Christmas lights,” Councillor Don Kidd, who supports the motion, told a local paper. “The focus should be on fallen soldiers.”

Christmas lights are inspired by the star mentioned in the New Testament’s Book of Matthew that guided three wise men to Bethlehem, symbolizing the arrival of Jesus and the presence of God on Earth. It was around the time of Constantine, the first Roman emperor to convert to Christianity in the 300s, that Christmas was first celebrated alongside pagan winter-solstice festivals. “Usually, lights were central to those celebrations on the darkest day for those living north of the equator,” Robert Wilson, professor of theology at Acadia Divinity College, explained in an email.

For that very reason, Canadian cities are becoming more interventionist. In Edmonton, the city is encouraging residents to keep the lights on through March. It’s part of the “WinterCity” initiative, which aims to make Edmonton more inviting and comfortable during the colder months and bust the myth that winters there are unbearable. Alongside the bright lights, it includes an ambitious roster of winter activities. “Winter is a core part of our identity and it’s a reality, whether you like it or not,” says WinterCity coordinator Susan Holdsworth. “If we work to make it better, we can greatly improve our quality of life, socially and economically.” So far, Edmontonians seem to agree. In a 2014 city survey of 592 residents, 124 were willing to keep the lights on until the end of January, while 379 were in favour of leaving the decorations up in January and February, too.

Edmonton’s dedication to improving winter life inspired Saskatoon’s Councillor Charlie Clark, who has tried for more than a year to get council to agree to keep its downtown displays up beyond Jan. 14, when the lights are dismantled. He won’t get his wish this year, because squabbles over the cost—he estimates about $1,000—won’t be resolved until it’s too late. “Saskatchewan has one of the harshest winters in the country,” Clark says. “We need to do more to embrace winter and make it more than just an endurance test.” He’s considering writing a personal cheque to the city to cover the cost.