Believe it or not, this is the best time to be alive

Though fixated on threats, humans have never been better off, writes Scott Gilmore 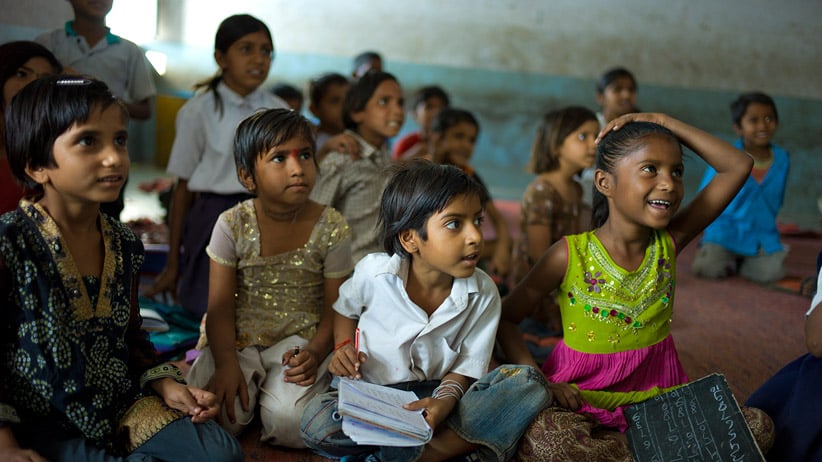 By almost every objective measure, 2014 was the safest, healthiest, happiest year in human history. But you probably refuse to believe that, don’t you? And that is actually a problem.

First, the world has never been more peaceful. The number of wars has continued to decline sharply since the Second World War, and the number of civil wars has dropped by 40 per cent since 1990. These conflicts are becoming less lethal, too. In the 1950s, the average civil war would kill 86,000 people. Today, it is only 3,000. Expand the time frame and things look even better. In the Middle Ages, 15 per cent of people would die violently in some form of warfare. Now, even if we take into account war-related diseases or famine, it is still less than one per cent. What about the threat of nuclear war? Good news there, too. The number of global warheads is down from 70,000 in 1986 to 24,000 now.

There has never been less poverty. In Canada the number of people living on low incomes has never been smaller. Globally, the number of people living on less than $1.25 a day dropped from 52 per cent to 21 per cent over the last 30 years. During a similar time frame, hunger has dropped by 40 per cent. There are 78 million fewer child labourers than there were just 14 years ago, a reduction of one-third.

Our societies have never been healthier. The number of democracies has blossomed, from only 11 in 1900, to over 80 today. There are fewer autocracies. In 1976 there were over 80. Only 22 remain. Crime is down. In the 1970s, for example, 50 out of 1,000 Americans were victims of violent crime. Now it is less than 15. In Canada, crime rates are the lowest they’ve been in 50 years. Other social indicators, like global literacy rates? Never better. In the last 40 years the number of people who can read has climbed from 57 per cent to 84 per cent.

What about our own health? In the Middle Ages, ironically, very few people actually lived to middle age. Now, the global average is 70 years and climbing, while in North America it has already reached 80. Child mortality has fallen by half since 1990. Malnourished children? Dropped by 25 per cent in the last decade. Similarly, the maternal mortality rate was cut in half since 1990. Malaria? Down. Teen pregnancy? Down. Smoking? Down.

For virtually every indicator, it’s the same thing: Good news. The numbers are almost tediously positive. This is a Golden Age. For you, your family, everyone you know, and everyone else around the planet, there has never been a better time to be alive.

But it does not feel that way, does it? Your mind is likely filled with thoughts of recent terrorist attacks, racial tensions and economic crises. Unfortunately, we are trapped in this pessimistic quagmire by both our brains and our smartphones. In evolutionary terms, we have only just climbed out of the trees, and our bodies are still wired to survive in the wild. As Dan Gardner, the author of Risk: The Science and Politics of Fear, has eloquently written, our natural fight-or-flight instincts persist. When we were foraging on the savannah, the sight of one of our own being eaten by a lion scorched a lesson into our brain: fear lions. Now, the TV images of terrorist attacks on the other side of the ocean produce the same reaction. Our minds cannot help themselves. Stories and images influence us far more than numbers.

Which brings us to the second problem: information technology. Humans have never been exposed to as many of these stories and images as we are now. From the moment we wake up, a flood of radio reports, newspaper columns, TV dramas, Twitter links and Buzzfeed lists wash over us. Once, you needed to personally watch someone in your clan teach you a lesson about not petting lions. Now, there are 496,000 YouTube videos of lion attacks viewable from the phone in your pocket. It is no wonder we remain nervous wrecks.

This creates a perverse dilemma, which may actually lead to our own demise as a species. When we fixate on visceral but unlikely threats like terrorism or child abductions, we ignore the intangible but genuinely dangerous risks such as climate change. Sadly, our political class has discovered this bug in our code, and happily exploits it. Cynically they know the minuscule threat of Ebola carriers is more important to you than the inevitable threat of climate change.

So, for 2015, take a deep breath. Appreciate that these are best of times, but acknowledge that unless we overcome our evolutionary handicaps the worst of times are coming. Then call your MP and tell him to do the same.

Editor’s note, Feb. 10: We’ve updated this story with a correction on literacy rates in Canada — now 84 per cent.