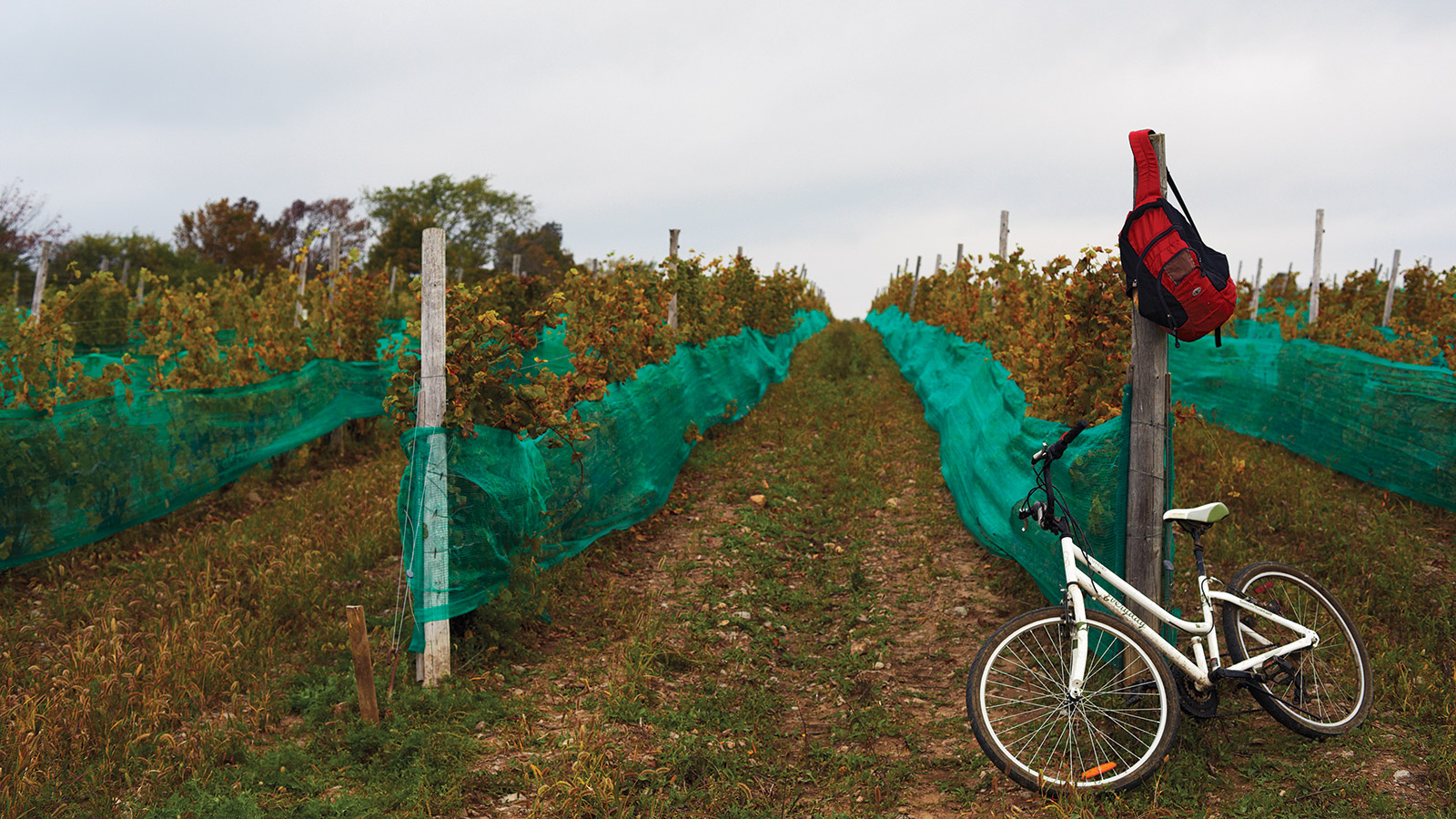 With a chilly climate, rocky soils and stiff ocean breezes wailing through its vineyards, Nova Scotia may seem an unlikely place for a rapidly expanding wine industry. But in Canada’s fourth-largest wine-producing province—after Ontario, British Columbia and Quebec—demand for local wine is booming.

Halifax-born winemaker Simon Rafuse is one of a handful of young, educated winemakers who have relocated to the province. He was working for William Hill Winery in New Zealand in 2009 when he landed the top job at Blomidon Estate Winery in the Annapolis Valley.

“Looking back, it seems like an odd move,” says Rafuse, 32, who has worked in vineyards in both France and New Zealand and holds a master’s degree in viticulture and oenology from France’s SupAgro Montpellier, one of the world’s foremost winemaking schools. That’s because, historically, Nova Scotia wine has been hit or miss—mostly miss.

Until about a decade ago, Rafuse says the majority of grapes grown in the province were hybrids like the Russian-developed mischurnitz, which were better suited for juice and jams than wine. “As we started getting the [varieties] right, then we had something to work with.”

According to winemaker and consultant Peter Gamble, some of the province’s best wines are light, crisp, aromatic whites that are lower in alcohol and have lots of acidity. Hybrids are still used to make most Nova Scotia wine, including l’acadie blanc, developed in Vineland, Ont., in the ’50s, and seyval blanc, developed in France in the 1920s. The problem, says Gamble, is many of these no-name varietals are “unmarketable” because no one has ever heard of them. That is why, in 2010, he suggested the Wine Association of Nova Scotia develop an appellation for the region: Tidal Bay. “The Nova Scotia terroir is so distinctive,” says Gamble. “Only Germany for some whites and Chile for certain reds are as distinctive as this.”

To meet the standards set by a tasting panel run by the wine association, Tidal Bay wines must limit added sugar, have a maximum alcohol content of 11 per cent and meet a cap on the percentage of aromatic grape varieties, like muscat, that can be used. The first wines of the appellation were released in 2011 and last year more than 30,000 bottles from 10 participating Nova Scotia vineyards sold out.

There would have been more, but there aren’t enough grapes in the province to meet the demand from wineries, says Carl Sparkes, owner of the province’s largest wine producer, Jost Vineyards. While all wineries have their own crops, they supplement their supply with grapes from other in-province grape growers. And even though Nova Scotia’s grape harvest has grown by nearly 400 per cent, from 319 tonnes in 2000 to 1,264 in 2011, it is not enough. “Getting into markets is not the problem,” says Sparkes. “Most people ran out of Tidal Bay this year. I will buy every single grape in the province if I can get my hands on it.”

Not all winemakers have jumped on the bandwagon. Of the province’s 12 vineyards, Muir Murray Estates and Bear River Vineyards don’t produce a Tidal Bay wine or belong to the wine association, even though they could participate in both. Bear River owner Christopher Hawes says their red wines, which include European varietals like pinot noir and gamay, are winning international awards and they don’t need the appellation. “We’d have to take a step down,” he says, pointing out that the new appellation is based on a blended wine, not a single varietal. “They won’t even name the grapes [that Tidal Bay is made of]. Cowards.”

That said, Nova Scotia wine writer Craig Pinhey thinks some of the best wines in the world are made from blends, pointing out that Châteauneuf-du-Pape allows up to 13 varieties. “The overall personality is more important than the name of the grape. If it’s a good wine, people shouldn’t really care what the grapes are.”