Apps and to-do lists aren’t enough: What the making of Frozen can teach us about productivity 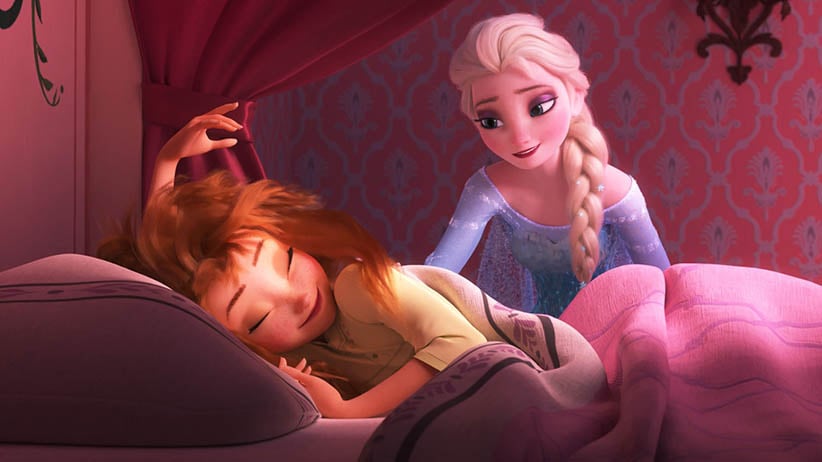 Stuck on an ending for Frozen, Disney promoted a co-writer to co-director, which provided the creative spark needed to complete the film. (Walt Disney Co./Everett Collection)

Counting down the months until Disney’s Frozen hit theatres, the filmmakers just couldn’t figure out how the movie should end. They had the main characters, Anna and Elsa, sisters torn apart when Elsa inadvertently turns her kingdom into a land of endless winter. They had comic relief in the fun-loving snowman Olaf. But the right ending proved elusive. Then Disney tried an odd fix: promoting one of the main writers, Jennifer Lee, to co-director. It shouldn’t have worked. If Lee coudn’t figure out an ending, what difference would a new job title make?

Yet something changed, New York Times reporter Charles Duhigg writes in his 2016 book Smarter Faster Better: The Secrets of Being Productive in Life and Business. “Suddenly she didn’t know what her job was supposed to be,” says Duhigg. “It created enough ambiguity, discomfort and tension that people were forced to come at this problem from a different angle. They added a new wrinkle into the environment.” Instead of simply pitching ideas, Lee now had to listen to others more intently—and it created a tiny spark of creativity. They settled on the ending you see in the film; Frozen grossed nearly $1.3 billion worldwide, the all-time best for an animated film.

To some, productivity might mean making more money, spending less time at the office or simply living a happier life. But, while there is no shortage of time-saving tips or apps, productivity starts with what’s in your head rather than with technological hacks.

“People look outward for solutions to productivity when a lot of the answers are more inward,” says Gail Levitt, who teaches productivity at University of British Columbia’s Sauder School of Business. She says those psychological aspects can be guided with some hard skills. “It’s a mindset of prioritizing what your goals are.” In the office, that can mean a different communication style. If you feel bogged down by constant interruptions from colleagues, for example, Levitt says it’s important to articulate your needs in an assertive way that is neither passive nor aggressive. In other words, take control.

Or it might mean not communicating at all. Adam Grant, a professor of management at the Wharton School at the University of Pennsylvania, sometimes sets up an out-of-office email auto-reply for several days, even when co-workers can spot him sitting at his desk. Try emailing Chris Bailey, author of The Productivity Project, and you will be met with an auto reply: “I’ll only be checking email once a day—at 3 p.m. EST.”

Most bosses likely wouldn’t allow employees to be unavailable by email during work hours, but the point, Bailey says in an interview, is that “the most productive people work with more deliberateness behind what they do. When we have more to do than we have time to do it, it becomes crucial to step back and find out what’s more important.”

There are surprising lessons in corporate life. When setting goals, a to-do list full of easy tasks may not be the most effective way to be productive. In the 1990s, when General Electric’s airplane engine manufacturing division set a manageable goal of reducing defects by 25 per cent, the CEO told them, to their dismay, the target would be 70 per cent. The division needed massive retraining and new hiring practices, but within three years, the number of defects per engine fell by 75 per cent. A University of Waterloo study has found a significant increase in performance when such stretch goals were tied with tiered goals that were within reach.

When Bailey started his productivity experiment, one thing he dropped was meditation: Nothing could be less productive than sitting on a pillow and doing nothing for an extended period, he thought. And yet, when he stopped meditating, he found himself sidetracked by worries about money and health. His energy levels dropped and he lost focus. Meditation was time-consuming, but it helped him accomplish his tasks in the long-run.