From 2015: Rather than emerging as a fully formed butterfly, he’s showing the world what happens inside the cocoon. 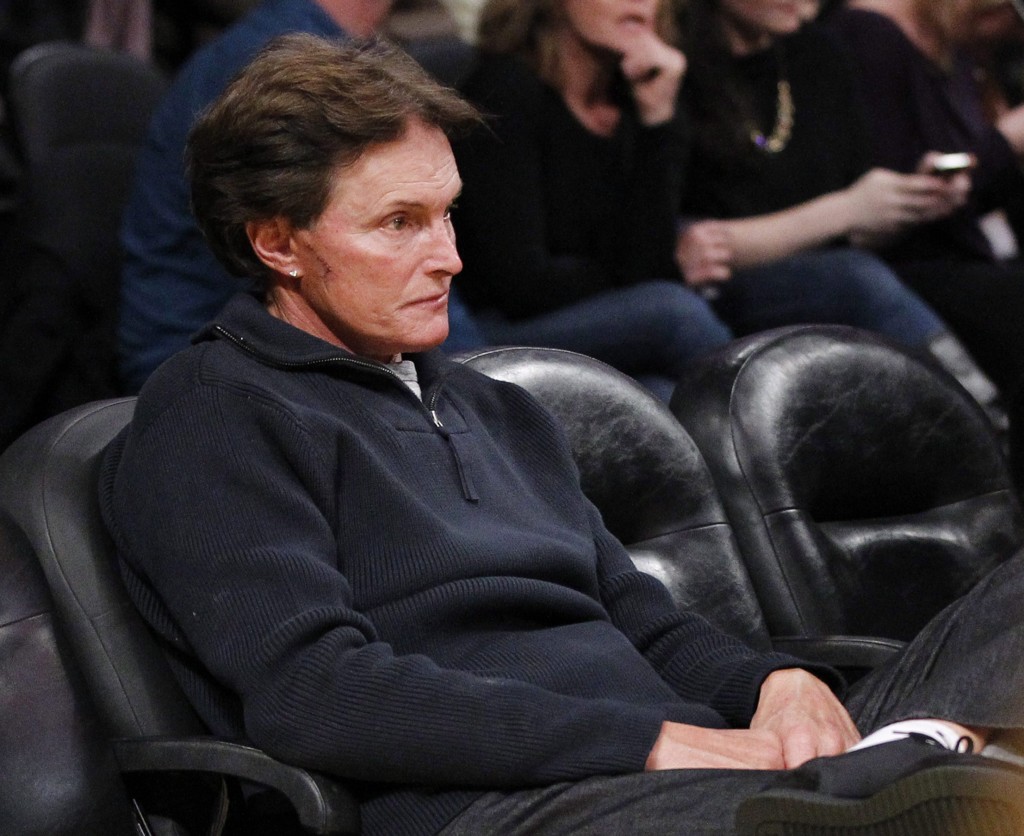 Former Olympic athlete Bruce Jenner, with stitches and a scar on his face, attends an NBA basketball game in 2012. (Danny Moloshok/AP)

The stampede began the moment the words were out of Bruce Jenner’s mouth: “For all intents and purposes, I am a woman.” The Keeping Up with the Kardashians co-star, who once stood atop an Olympic podium looking like a superhero, had summoned the courage of one. Celebrities like Oprah and Lady Gaga rushed to Twitter to praise Jenner’s bravery. Ordinary people rushed to the makeup aisle to join the #PaintYourNailsForBruce campaign.

Jenner’s public declaration that he is transgender is rightly being hailed as historic. But to focus only on the moment when he took a seat opposite Diane Sawyer, accepted a tissue and pulled “the damn ponytail out” undersells what might be his biggest contribution: the messy year leading up to this. (Maclean’s is using the masculine pronoun, as Jenner said he still prefers it at this time.)

Until now, it has been gorgeous, articulate post-transition celebrities such as actress Laverne Cox who have formed the basis of the public’s understanding about what it means to be transgender. Then Jenner came along, with his complicated family and their ridiculous reality-TV show. He either didn’t know about the script, or he didn’t care. The tabloids punished Jenner for this: They charted his mysteriously changing appearance, handing late-night hosts ample material for their wisecracks. This came on top of an already tough year: There was his divorce from Kris, the Kardashian matriarch. There was a tragic fatal car accident, which some, incorrectly, tried to tie to Jenner’s use of female hormones. When photographers ambushed him at a surgical appointment, Jenner revealed on 20/20, he thought about killing himself.

For the first time, a member of the Kardashian clan showed us real life. And, in the long run, it will prove even more important than this month’s other leaps for the trans community: Vogue and Men’s Health featuring their first transgender models.

Public figures face enormous pressure to come out “the right way.” If Jenner had disappeared from public view for a while, re-emerged in a stunning dress, and made the surprise announcement flanked by supportive family members, it’s unlikely it would have been a punchline. Instead, his experience paralleled that of someone else who once sat opposite Sawyer: Ellen DeGeneres, who came out as a lesbian in 1997. In the year leading up to her announcement, she, like Jenner, faced cruel jokes, accusations of self-promotion and backlash over letting the process drag on so long. Just come out already, everyone insisted.

Related: The risky state of becoming trans in public

This sentiment betrays a basic misunderstanding: that queer and trans people are hiding something from you, rather than just trying to figure things out. Even in an age of Glee and gay marriage, there’s an anxiety about sexuality that makes people demand clear and immediate answers.

What stood out most about Jenner’s candid two-hour interview is that he didn’t pretend to have all the answers. He referred to himself as “Bruce Jenner” and as “me” and “her.” When Sawyer tried to pin down his sexuality, he said, “Let’s go with asexual, for now.”

Rather than emerging as a fully formed butterfly, he’s showing the world what happens inside the cocoon. It’s hard. It’s complicated. Jenner is an Olympian and a reality star, a devout Christian and a Republican, and he’s about to become the most important trans advocate in the world—precisely because he’s expanding the public’s understanding of what that means.

The moment in the 20/20 interview that captured hearts and headlines was when Jenner’s 88-year-old “very conservative” mother told her child how much she loves him, and how proud she is of him. But even more remarkable was when Sawyer asked if any of Jenner’s children are taking the news hard. “Khloé,” Jenner said immediately.

Jenner could have easily lied to us, glossed over this, made it seem easier, a problem solved—but he didn’t. And that’s both courageous and generous. Jenner is not only paving the way for more transgender people to come out—but to come out honestly and imperfectly. He didn’t just tell us he’s transitioning. He showed us what that really means.