A cardiac anaesthesiologist, he trained 150 doctors. Outside work, he pushed himself by scaling increasingly higher mountains. 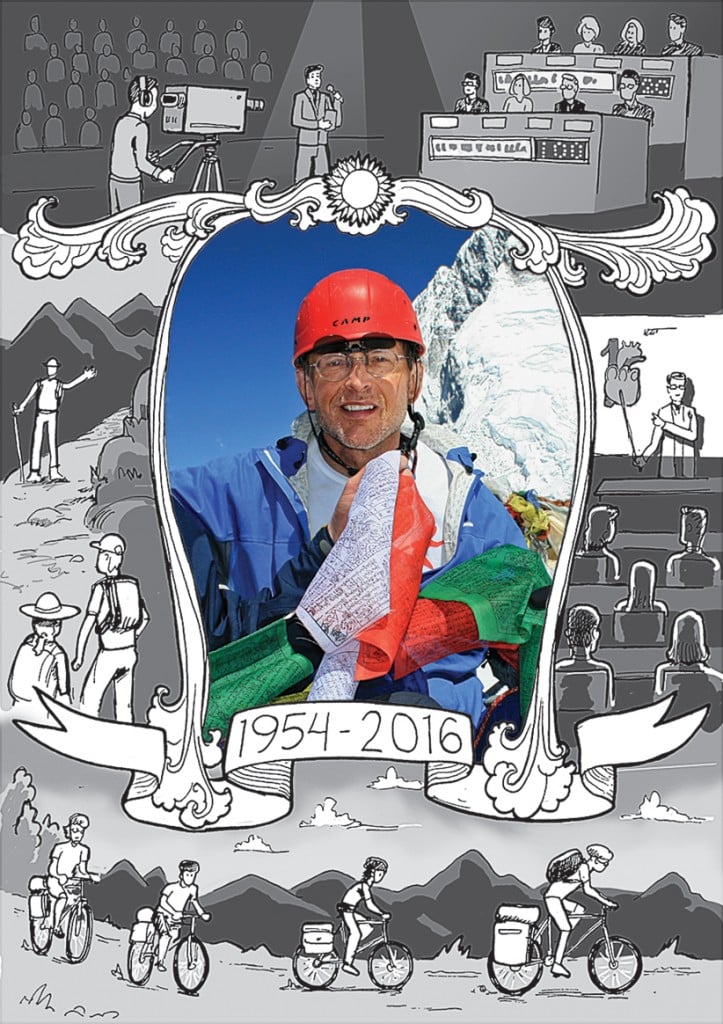 Charles Leslie MacAdams was born in Vancouver on Sept. 28, 1954, the only child of his father, Leslie, and mother, Margaret.

Charles, or Charlie as he was called by friends, grew up in Penticton, B.C. Despite Penticton’s idyllic setting in a lake-filled valley of orchards, his youth was not entirely carefree. Leslie suffered frequent bouts of depression, and worked only sporadically. His mother, employed by the local telephone company, was hard of hearing, straining her relationship with her son.

At Penticton Secondary School, Charles was bright, skeptical and scholarly; he was part of a Reach for the Top high school quiz team that made the Canadian national finals. Charles also played baseball, basketball and other sports. When he didn’t make the high school basketball team, he managed it instead. His enthusiasm for sports, teases his high school friend Doug Webber, “exceeded” his athletic skills.

Charles went to the University of British Columbia and paid his way with scholarships and by driving a moving truck for Canadian Pacific. He got a degree in human physiology and then, along with Doug, attended medical school at UBC. At university, Charles, prompted by Doug, got seriously into hiking and later, mountain climbing. They frequently hiked the North Shore Mountains near Vancouver and in 1974 tackled the 75-km West Coast Trail. “The trail in the southern end was horrific,” recalls Doug. Roped together crossing a chasm with a tide rushing below their feet, Doug lost his footing and was saved by Charles. “At that point we turned back with our tails between our legs.”

At university in 1977 Charles met Laurie, a biochemistry undergrad who copied his lab reports before even meeting him. They married in 1980. They had two children; Andrea in 1983 and Jeff in 1987.

It took him a while to find his medical niche, but Charles became a clinical associate professor in anaesthesia at the University of Calgary, with a sub-specialty in cardiac anaesthesiology.

At age 38, he finally bought the family’s first house, on two acres of land in nearby Springbank. They were an active family, camping as much as they could in Peter Lougheed Provincial Park or making multi-day family biking trips.

At 15, Andrea failed to wake up one morning. She had died of cardiac arrhythmia in her sleep. “My parents and I got a whole bunch of tests done, for several years after, wearing monitors while we were on treadmills,” says Jeff. Six years after Andrea died, a new test showed Jeff needed a pacemaker.

Charles was hit hard by Andrea’s death, and later, in 2007, by his divorce from Laurie. Grief seemed to make him a more compassionate doctor and better teacher. He trained more than 150 new cardiac anaesthesiologists from around the world. He was also a respected researcher and conducted groundbreaking trials in his field.

Though his career was intense, he maintained his adventurous streak. Once, at 47, he built a mountain-bike jump in his backyard and, flubbing a landing, broke his collar bone. On the 35th anniversary of their failed West Coast Trail trip, he and Doug returned for a successsful seven-day hike. He climbed the 3,544-m Mount Temple in Banff National Park 13 times, always happy to guide rookies up the slopes.

Higher mountains began to call to him. In 2002, he made his first trip to Nepal to hike the Himalayas. He always combined his trips to that country with a medical purpose. In one of his proudest achievements, using some of his own money, he set up a cardiac anaesthetists training program at Tribhuvan University’s Institute of Medicine in Kathmandu. He often donated, anonymously, to other medical causes, including funding a fellowship for one Nepalese doctor to train at Calgary’s Foothills hospital. “If you really want to donate to a cause,” he once said, “you make it anonymous.”

In May, Charles headed to Tibet to hike up Everest’s North Col. At 7,020 m, it’s 1,828 m lower than the mountain’s famed peak. “He trained harder for this one than ever before,” says Jeff. “He was in the best shape in 10 years. He was running, every other day, never less than 10K for about six months.” On May 10, elated, he completed the ascent, his highest climb ever. The next morning at base camp, he was found dead in his tent, likely due to cardiac arrest. He was 61.