She loved to work and help others. She found her passion studying victimology. 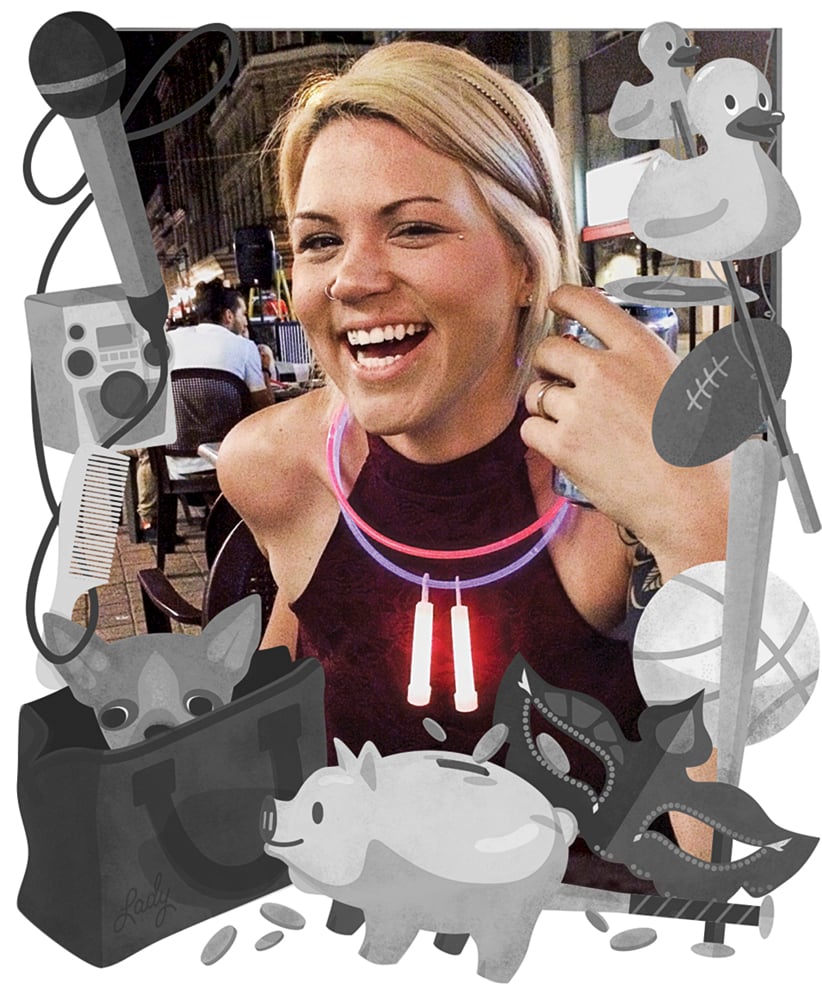 Christina Vivian Voelzing was born in Ottawa on Feb. 5, 1992, the second child to Scott, a teacher, and Sherryl, a faculty member at Algonquin College. Christina was a strong toddler from the moment she could walk, says her older brother, Brian. “I got these weights for Christmas—a kids weight set—and she would pick them up and run around with them.”

Christina was two when her mom and dad split up. She and Brian spent time equally with both parents. Both homes tried their best to maintain Christina’s out-of-control frizzy hair. “If my parents didn’t comb it, it looked like she got electrocuted,” Brian says.

Though Christina was active in sports as a youngster—she skated, played basketball, T-ball and soccer (with her dad as team coach)—she struggled with her weight. The kids at school teased her, but back at home, it didn’t stop her sunny disposition. When her mom re-married in 2002 to David Fraser, Christina was immediately welcoming of her stepdad and her two older stepbrothers, Ben and Noah.

Christina was diligent at saving her allowance money but was selfless if her brothers needed a few dollars. Once, when she overheard Noah asking their parents to borrow a couple of dollars to get coffee with friends, “I heard this thumping of feet running up the stairs,” Noah remembers. “Seconds later, Christina spills out a piggy bank onto the foyer floor to collect quarters and loonies to lend me.”

Christina loved to work and got a part-time job at 11 years old, helping Sherryl and David run a small carnival for elementary school kids. She enticed little kids over to a makeshift fish pond, where kids would reel in fake yellow ducks to win a small, medium or large prize. “If the game operator wasn’t watching too closely,” David says. “She’d put the small duck back until they won a medium [prize].”

With her earnings, Christina made the occasional purchase, like when she bought a new rattan chair for the corner of her room, her favourite spot to read. With the rest of her money, she’d save it up all year in order to buy everyone in the family Christmas presents.

Christina also loved music and, when her parents bought her a karaoke machine for her bedroom, she would sing before and after school to her heart’s content. She didn’t care when people told her she might be tone-deaf. “She’d put on her music and be singing at the top of her lungs and you’d want to muzzle her,” Sherryl laughs.

In high school, she started playing rugby and going to the gym. During those years, she also got into fashion, buying new clothes often and keeping a closet of new shoes ready for the upcoming season. Every two weeks or so, she’d get her nails done—often wearing long fake nails. Her hair, for whatever reason, never seemed to grow past her shoulders, so Christina wore hair extensions. “Every time I visited, her hair was a different length and different colour,” Ben says. “She was always experimenting.”

When school was out, she travelled extensively with her dad and brother, including trips to Cuba, Mexico and New Orleans. By evening, when dad got tired, “they couldn’t wait to go back to the hotel to put me to bed so they could take off and have more fun,” Scott says.

But it was also during high school when she got caught up with the wrong crowd, her parents say. She had boyfriends who didn’t treat her well, but she stood by them, despite her parents’ disapproval.

In 2012, Christina enrolled at Algonquin College to study hospitality and tourism, moving out from home into a place of her own. With the money she made as a restaurant server, she bought a Chihuahua, named Lady, who could fit in the palm of her hand. Christina bought purses Lady could fit inside, and the dog rarely left her side.

After graduating in 2014, Christina opted to stay at Algonquin and study victimology. She wanted to work for victim’s rights and help others. She found her passion, studied extensively, and left behind some of the habits that hindered her in high school.

In the early morning of March 27, Easter Sunday, a former boyfriend was at Christina’s apartment when police say another ex-boyfriend showed up. The two men allegedly exchanged gunfire and, as Christina pushed her roommate out of the way, a bullet went through her neck. She was rushed to hospital and put on life support until she died three days later. She was 24.