Confessions of a failing Catholic

At a time when we have never been more isolated and in need of a real community, the Church has failed to provide it 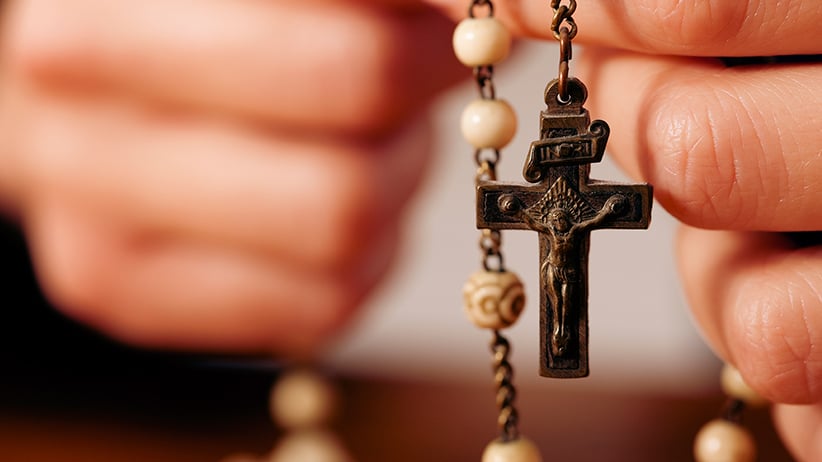 I’ve had bad luck with my priests.

The first one was Father Albert, a warm, charismatic and eloquent man who figures prominently in my childhood memories. He was almost a member of our family. But then one day he disappeared without explanation.

Father Albert was replaced by a young, bearded, barrel-chested priest who played bass guitar. I once saw him throw a football 60 yards. Then he also departed in a hurry. We heard later he’d been sleeping with a woman in his band.

In my twenties, my priest was earnest and awkward, with an off-kilter wit. I didn’t get to know him very well before he, too, fell in love with a woman in the parish, someone who he had been counseling. The Church sent him away quickly.

Related reading by Scott Gilmore: That time I started a spy agency

Father Joe, my last priest, was a friendly man who disarmed everyone with his maritime accent and humorous sermons. As far as I know, he never started a romantic relationship with anyone. Instead, he went to jail for stealing several hundred thousand dollars from the parishioners.

You would think with spiritual mentors like that I would walk away. I did, for a few years after college. It wasn’t a conscious decision of humanist rebellion. I was simply busy. Sundays came and went, and there were far too many things to distract me.

In my thirties I moved to a new city and found a tall stone church down the street. The nave was cool in the summer heat, and colourfully lit by soaring stained-glass windows. The oak pews were dark with age and worn smooth by generations of use. I felt at home, and began to attend mass again, albeit irregularly.

But I’m not a natural joiner and always sat at the very back. I was raised a Catholic, attended Catholic schools, and even have priests in the extended family. But I am only comfortable attending mass if I am near the door, to reassure myself I am merely stopping in, and can leave at any time. And I have. Not long ago a guest priest began to explain how families were being torn apart by the professional aspirations of women. I gathered up my two daughters and we went for ice cream.

More by Scott Gilmore: No excuses: Why women need to step up

But my problems with Catholicism go well beyond the occasional fatuous sermon. The Church’s treatment of women remains medieval. Its discrimination against gays and lesbians would be considered criminal were it any type of secular organization. And even though 39 million have died from HIV/AIDS, Rome still fights to restrict access to condoms. If the Pope had given each of those people Last Rites, one after the other day and night, it would have taken him over 30 years.

I also have struggled hard with my faith itself. As a child I listened to the Book of Genesis with a skeptical ear. Growing older, I struggled with the idea that even the most virtuous non-believers (like my father) would go to hell. Later I tried and failed to reconcile the concept of free will with God’s will. I have never understood why the Supreme Being, ruling over the entire universe, would smite me unless I flattered him with rote prayers. And the few times I have found myself in extremis, it wasn’t Christ who came to mind; it was thoughts of my parents, or in later years my children.

I am technically a heretic but I still call myself a Catholic. My ethical compass, wavering though it may be, is clearly Augustinian. I still go to mass. I still sit in the back. I close my eyes and listen to the hymns and feel the sun on my face as it filters through the great windows. My church, though, is steadily emptying. Obviously, Father Joe’s arrest cleared out many of the pews. But across the country, attendance has declined while atheism has risen. Only one of my friends attends a weekly service with any regularity. I go less and less, myself. But I still go.

For me, church is not about my faith; it is about my community. I never linger for the bake sales and I can’t tell you the name of the new priest (my history suggests he won’t be around very long anyways). I don’t even know any of the other parishioners by name. But I recognize most of their faces, and from my vantage point in the last pew all of their backs. And that is a profound comfort.

My life is lived by email and phone call. My friends are dispersed, my family spread far and wide. My relationships are mostly virtual, kept alive by text messages and Christmas cards. Like most of us, I am connected to thousands, but honestly know only a few. Even though we never speak, the sight of the familiar strangers in church gives me a physical sense of community, of tangible belonging.

For millennia, humans were born, lived and died within the same few miles. They did not know very many people, but they knew them well. Their sense of identity was less about who they were than where they belonged. Then, in the span of a few generations, this all changed. We began to travel, to disburse, to bond with TV characters, to create online networks, to disappear into our inboxes. At the moment when we have never been more isolated and more in need of a real community, the Church has failed to provide it. It is perhaps one of the great ironies of our age. Archaic doctrine. Repressive rules. Institutionalized bigotry. Abuse scandals. Unapologetic bishops. It was almost as though Rome was trying to alienate us.

After drafting this column, I decided to find out what happened to Father Albert, the smiling man who gave me my first communion and then vanished. A couple of calls informed me that he’s gravely ill, apparently, in an old age home. And, while it took 20 years, he is now facing charges for sexual assault and gross indecency. They are not sure if he will live to see his trial date later this year.