He developed a fascination with airplanes as a toddler. By 13, he was cleaning planes at a local club and dreaming of being a pilot. 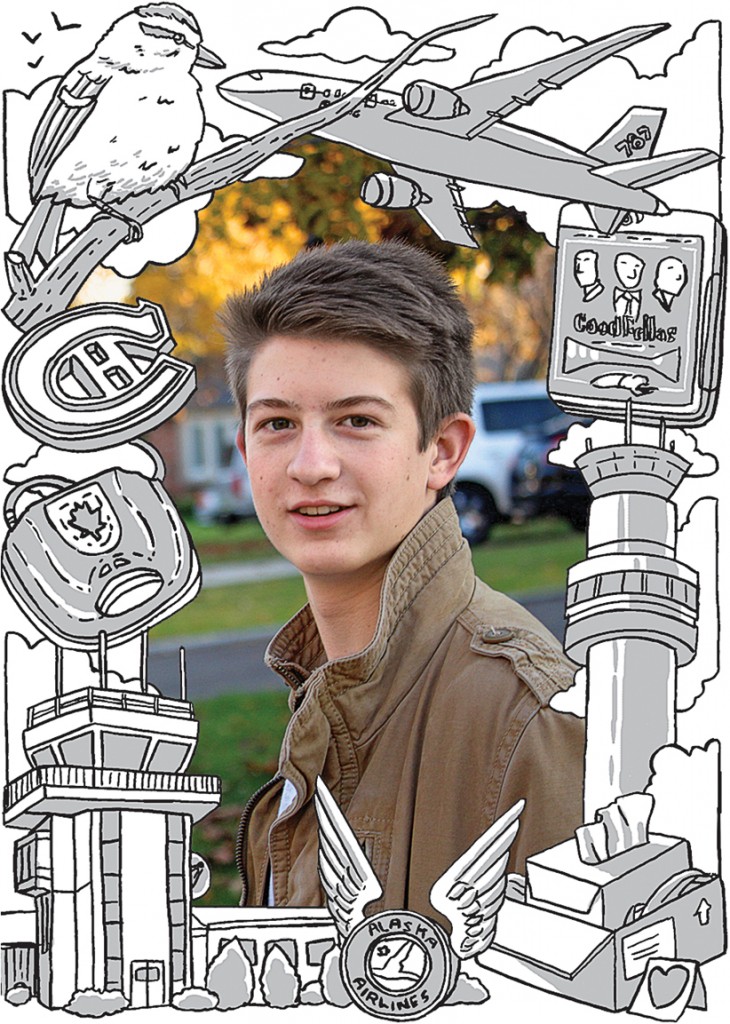 Corey Michael Mijac was born on June 22, 1998, in St. Catharines, Ont. to Wayne, a mechanical engineer, and Luba, a photographer.

As a toddler, he would often be taken by his parents on day trips, everywhere from the local bird sanctuary to truck stops. “By the age of three, he probably knew every distinction between a Peterbilt [truck] and a Kenworth,” Luba says. Corey’s fascination with trucks extended to airplanes. He often asked if they could go to the Niagara District Airport to watch the planes. Wanting to see bigger ones take off and land, Corey convinced his dad to take him on trips to Toronto’s Pearson International Airport.

His parents split up when Corey was three. But his excursions didn’t stop: He’d still frequent drag races or the zoo, and when he got home, Corey would hover over paper with his art pencils working on drawings. Before he finished kindergarten, his artwork started to have a 3D component to it.

When his dad remarried a few years later, Corey not only got a stepmom, Michele, but he inherited three older stepsisters: Olivia, Paula and Andrea. When he wasn’t riding a tiny scooter up and down the hallways, “he always had a little dinky airplane model in his hand,” Olivia remembers. Later, when he got a flight-simulator game, he’d be in the front of the computer for hours on end. “He would come out of the back room looking exhausted,” Paula says. “You’d ask, ‘Corey, what were you doing?’ and he’d say, ‘Ugh, I just the flew the red-eye to Australia.’ ”

At seven, Corey picked up hockey and wanted to be a goalie, despite his smaller stature. He learned to love the Montreal Canadiens, so to tease him at Christmas his sisters would buy him presents like a sandwich maker with the Toronto Maple Leafs logo on it. Complain as he might about the gag gift, Corey still used it.

Corey could be giving, too. When he was eight, and Luba was home sick with the flu, he went online and ordered a single box of tissues to be delivered to their home. When Luba opened the package, the accompanying gift note wrote: “Hi mom, I love you.” And whenever Andrea was back home from university, Corey would let her take over his single bed—NASCAR bed sheets and all.

Fresh out of Grade 8, Corey signed up at a local flying club, where he started out cleaning planes. By the end of the summer, he signed up for ground school, the in-class sessions for flight training. Even once he finished the course, he would retake it over and over again—just to get a better grasp on the material.

When his group of close friends—“the fellas” as they were dubbed (Corey loved the movie Goodfellas)—planned trips to Toronto, Corey would often make sure the itinerary included a stop at the airport, especially if the Boeing 787 Dreamliner or Airbus A380 was expected to land. From the ground, he could pick out any plane in the sky.

Finally, in the summer of 2015, Corey got to fly solo for the first time, a small circuit around the Niagara airport.

That same summer, Corey was heading out to a bonﬁre with friends, but when it was cancelled upon arrival, he asked Jami Godin if she’d go on a hike with him around Port Dalhousie. The two immediately hit if off, Jami often lobbying for more dinner dates while Corey suggested more hikes. “A lot of hiking,” Jami laughs.

Corey enrolled at Brock University to study geography. He and Jami would take the occasional weekend off to travel to Toronto to shop—and, of course, visit Pearson airport. “For me it was kind of boring, but he’d get so excited watching the planes,” she says. His favourite planes were anything from Boeing, and his dream job was to be a pilot for Alaska Airlines.

In mid-October, Corey and several flight training colleagues embarked on a multi-stop, weeklong flight-training trip throughout the U.S. Corey was looking to get some extra legs in to build up his in-flight hours.

On Oct. 16, Corey left Richmond, Va., for the last leg home to the Niagara airport. At around 7 p.m., the U.S. Federal Aviation Administration lost radio contact with the plane he was in as it was flying over a mountainous region near Potter County, Penn. Search crews found the plane wreckage the following day. Among the deceased in the crash were Ben Jeffries, Rifat Tawfig and Corey. He was 18.