Some photographers follow the entertainment business, with its red-carpet premieres and celebrity scandals. Others are dedicated to sports teams, getting front-row seats for the big game. Not Greg Locke. “I follow the oil industry,” he says. “It’s wet, dirty work, for the most part.”

Locke’s days at the office sometimes involve him standing knee-deep in water on an oil rig 300 km off the shores of St. John’s, N.L. And while much of his work is industrial photography—snapping pictures of broken equipment or crews at work—Locke occasionally coordinates helicopters and ships so he can get that “glory shot” of the 200-m-high concrete islands sitting on the ocean floor.

Since 1995, most of his time has been spent on Hibernia, the world’s largest offshore oil platform, which pumps out 220,000 barrels of crude oil per day. “The scale and engineering involved to build these things out in the North Atlantic, which is one of the harshest oceans in the world—it still amazes,” Locke says, more than 30 years after his first offshore-oil photo shoot. And it’s where he plans to stay.

Click through the gallery below to see more of Locke’s images: 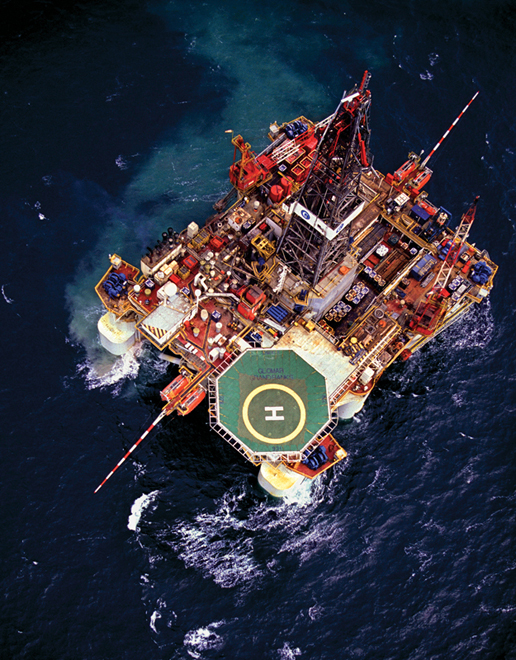