A nature lover, he made friends easily. Each spring he would leave work to go live in the bush. 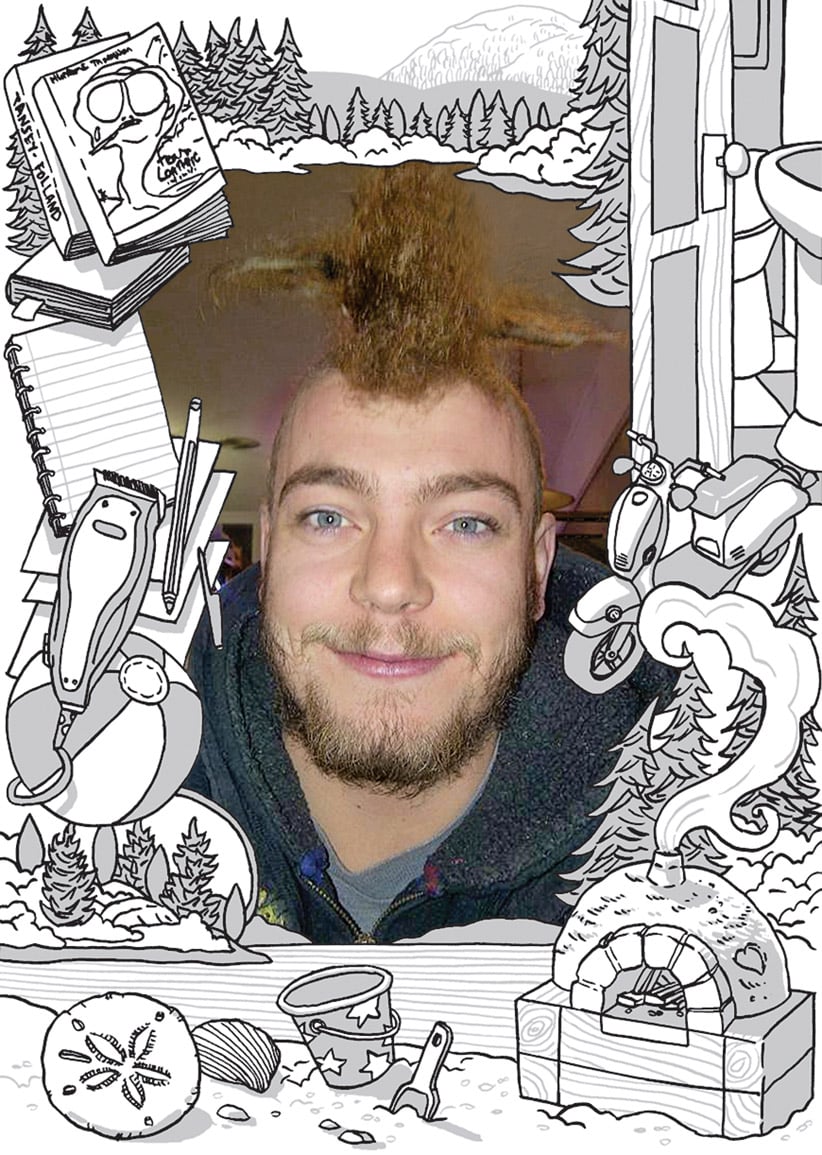 Daniel Ward Folland O’Connor was born on Sept. 13, 1987, in Prince George, B.C., the third child to Danny, who runs a scaffolding business, and Ann, who co-owns a fuel-polishing company. Ward, the name he went by, was three when his parents split up. Along with his older sisters Tansey and Folland, he divided time between his father’s place in Mackenzie, B.C., and his mother’s in Prince George, where he went to school.

As a small child, Ward loved to read and write. He told his mom he wanted to become a travel writer, so he could get paid to travel around the world. He especially enjoyed family trips to the beach to be in the water and play in the sand.

At 11, then living with his mom on Vancouver Island in Courtney, B.C., Ward took up boxing, a sport in which his stepdad, Howard Smith, had experience. It was great exercise, though he wasn’t fond of hurting others in the ring. “As long as he didn’t have to hit somebody, he would have been a great boxer,” Danny says. During one bout, when Ward was 12, he hit his opponent, who then stumbled against the ropes. Instead of going for the knockout punch, Ward held him so he wouldn’t fall down. “We knew right there he didn’t have the killer instinct,” Ann says. “But it was sweet.”

Around town, Ward was easily recognizable for his thick, curly hair. “We used to shave his head because he couldn’t get a brush through his hair,” Ann says. “It was like fur.” So Ward settled on letting his hair grow into an Afro, before shaving it into a Mohawk.

When his mom and stepdad moved their business to Vancouver, Ward chose to move to Mackenzie full-time for high school and stay with his dad, as opposed to living in a big city. Ward’s love of reading continued to blossom. He was especially into the works of Hunter S. Thompson, reading Fear and Loathing in Las Vegas many times.

Ward was quick to befriend anyone, especially those perceived as outsiders, and enjoyed a good debate with his family. “He was not the type to go ad hominem in an argument,” Folland says. “He would stick to the facts every single time.” And at the end of every conversation, instead of saying “I love you,” Ward said: “love ’n’ like.”

After graduation, Ward joined a carpenter’s union and found work at a scaffolding company in Taylor, B.C. Two years later, he quit and went camping. It was a trend that he kept up over the years: Ward would work from autumn until spring, sometimes with his dad’s scaffolding business, but when summer came he would leave. “Work was not his forte,” Danny says. “He’d do it for a couple of months and get bored.” Ward would then haul his camper out to Williston Lake and live in the bush.

“He had a profound respect for animals,” Tansey says. “He was out there living, but he didn’t think of it as his place.” If wildlife came by, like a wolf, Ward would just wait in his camper and leave the animal alone until it left. He didn’t hunt and therefore had no use for a gun.

Back in Mackenzie, at a friend’s party in early December 2014, Ward met Jami Wallace. They chatted the entire night and Ward drove her home, taking the back roads until he mustered up the courage to ask for a kiss goodnight. After that, they were inseparable. “Within three days we were best friends. Within two weeks, he’s going to the bathroom with the door open,” Jami laughs. Ward took Jami to his favourite camping spots, and nicknamed her “honey bear.” He taught her how to make a fire and they started plans to build a clay oven so Ward could bake bread. When Jami needed a vehicle to get around in the city, Ward bought her a small moped for $160. “He joked: ‘Now I can tell everybody I bought my baby a car,’ ” Jami says.

On Friday, May 8, while 10 km outside of Mackenzie by the Parsnip River, the two were out camping with their friend Dave Kirby. When Ward and Jami started talking about plans to wed this summer, Kirby said they should forget the paperwork and just get married right there. Without any legal authority, Kirby pronounced the couple husband and wife.

The three spent the following morning wandering around outside, cleaning up the beach, cutting logs and skinny-dipping. When the sun went down, and after Kirby had left, Ward brought Jami to bed inside their motorhome. He then fell asleep outside by the campfire. That night, a bear mauled Ward to death. He was 27.