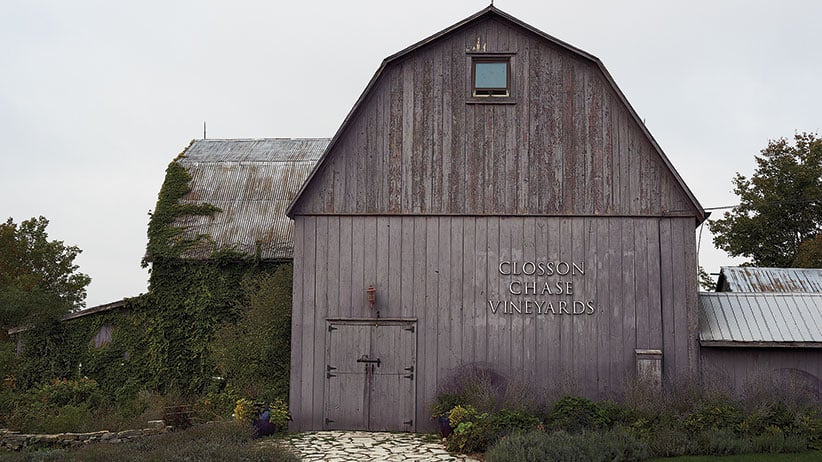 The first wine that blew the socks off Deborah Paskus was a Puligny-Montrachet. It was the 1970s, and she was in her early 20s, working as a server at a little Toronto restaurant. Occasionally, she’d take a taste if a little wine was left in a bottle. “For most, I’d think, ‘Why did they spend $120 on this?’ ”

Today, as the winemaker at Closson Chase Vineyards in Prince Edward County, Ont., Paskus is the one wowing wine aficionados and critics alike. Her Burgundy-style pinot noirs and chardonnays are coveted with cult-like enthusiasm by collectors. What’s more, her vintages, sold in limited releases and select restaurants, are half the price of a bottle of the famed Puligny-Montrachet.

Although her first ambition was to be a welder at her father’s autobody shop in Hamilton—“I was fascinated by [the] machines,” she says—the allure of the vine prompted her to earn an honours degree in agriculture at the University of Guelph. Winemaker and consultant Paul Bosc gave Paskus her first job in the 1980s doing “whatever needed to be done” at Château des Charmes in Niagara-on-the-Lake, Ont. After an argument with wine writer Steven Temkin, who complained that Niagara would never produce great wines, the two embarked on a project that would change Canada’s reputation for wine. After persuading Steve Kocsis to set aside a couple of rows of chardonnay vines at his Mountain Road Wine Company in Beamsville, Ont., they produced the first Temkin-Paskus chardonnay in 1991. After a rave review in 1993, Ontario’s first “cult” wine was born. And it wasn’t a one-time affair: a 1997 vintage impressed Moray Tawse so much, he invested millions of dollars in Niagara, rather than France, to build a winery. His first winemaker at Tawse Winery? Deborah Paskus.

In 1998, Paskus put into practice what she had been preaching—pruning back vines before ripening to concentrate the flavour in a smaller amount of fruit—at Closson Chase in Hillier, Ont., which she founded with six partners. The accolades continue: the 2009 Closson Chase Vineyard chardonnay was praised as “a triumph of terroir and technique.”

Yet Paskus, who has been called “Canada’s chardonnay diva” is more humble than haughty. “It takes a family,” she says modestly, “to make a bottle of wine.”