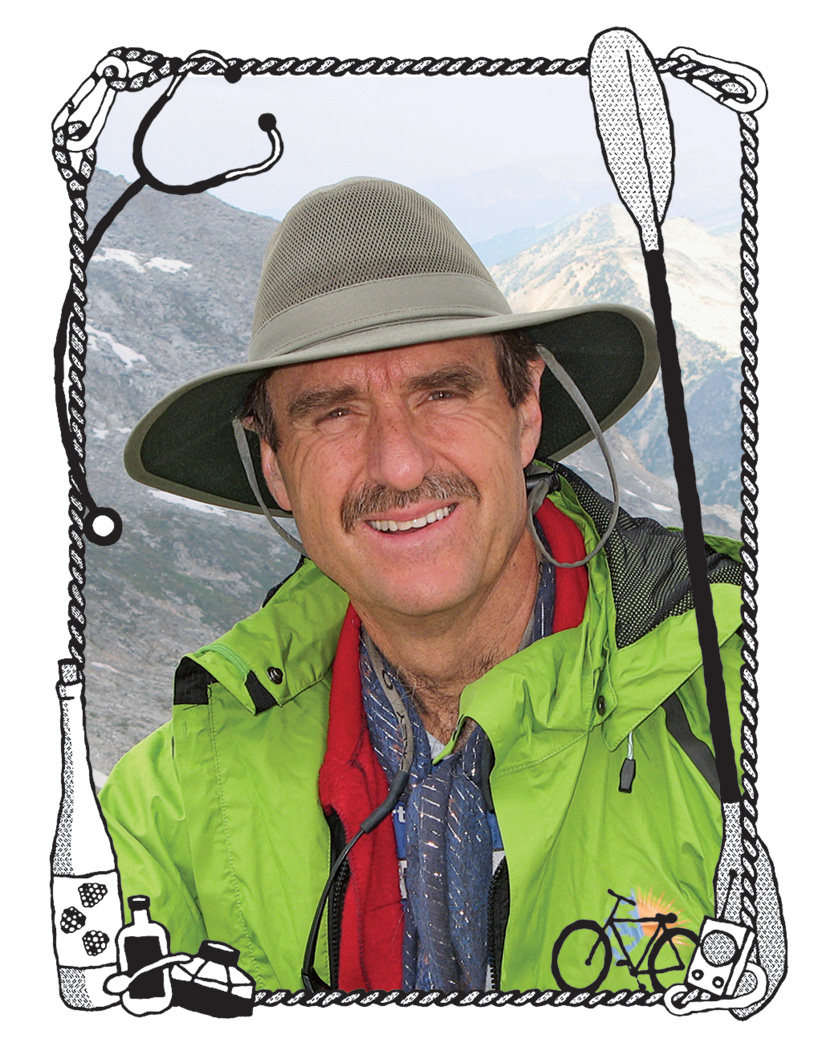 Denis Brown was born in Umtali, Rhodesia (now Zimbabwe), on June 21, 1951. His father, Lesley, worked for Rhodesia’s Post & Telecommunications Co. and his mother, Audrey, was a housewife. Denis had three younger siblings: Alec, Lynne and Elisabeth. The family lived on a two-acre plot in the village of Amandas.

Their father, says Lynne, “had green fingers and grew everything.” Denis, always keen to learn, saw opportunity in the huge mulberry tree and small vineyard on their property. At 14, he started experimenting with making wines. Around the time Denis was in Grade 11, Eric Shipton, a famous British mountaineer, visited his school. Shipton had attempted to conquer Mount Everest several times in the 1930s. Inspired, Denis took up rock climbing. There were no mountains where he lived, but many rocky outcroppings to challenge him and friends. Denis also had a single-gear bike and loved riding. Once, says Lynne, he took several days to ride the 315 km from Amandas to Umtali and back just to buy a radio.

Denis studied at South Africa’s Cape Town University (CTU), graduating in 1973 with a bachelor’s degree in science and a teaching diploma. Like all young men in Rhodesia, he also did a year of mandatory military service.

At CTU Denis met Gill Barton. They married in Harare in 1977. After completing his military year, they moved to Cape Town where he worked as an ink technician. About the time he proposed to Gill, his employer asked Denis to sign a five-year contract. “He suddenly said, ‘Well, I’m not signing any five-year contract. What I really want to do is medicine,’ ” recalls Gill. It was an ambition he had never mentioned before. He entered CTU’s medical school, studying for the next seven years while Gill worked. With the university mountaineering club, Denis climbed Mount Kilimanjaro and Mount Kenya, Africa’s two highest peaks.

South Africa’s racial chaos had Denis and Gill pondering a move. In November 1985, Denis landed a two-month locum in Redvers, Sask. He took Gill and their first child, Amanda, then three, with him. “They gave us a car to use, and the heating wasn’t working,” recounts Gill. The couple didn’t realize the car even had a heater until they mentioned to someone that they were freezing on drives.

The Browns wanted to live in British Columbia so Denis could continue mountain climbing. Fortunately another locum came up, this time in remote Fort St. James, B.C. “There was a six-month locum there—and we stayed for 15 years,” says Gill.

Denis travelled by float plane, snowmobile, boat and helicopter to deliver babies and treat people in outlying communities. Their second daughter, Megan, was born in Fort St. James in 1986, followed by son Daniel in 1988. Despite his busy practice, Denis made time for a plethora of activities, showing his children how to check a friend’s traplines, make jams and kayak.

In 1989, a friend told Denis about an upcoming Canadian expedition to Mount Everest. Denis joined as expedition doctor. On the 1991 climb, Denis made “tent calls” at 8,000 m, treating injured and ill Sherpas and climbers. But his team was halted in their summit attempt by brutal weather. Denis tried again in 1994. This time, as part of a six-member team vying to be the first Canadians to summit Everest without oxygen. Denis made it to the steep “Second Step” at 8,600 m. Fatigued, he decided to turn back. The expedition leader continued to within 150 m of the summit but fell ill with pulmonary edema, barely making it back to camp. Denis “went tent to tent hunting for spare oxygen tanks to keep [him] alive,” says Gill.

Denis made his ﬁnal Everest attempt in 1999, this time from the south side—again, without oxygen. He handled altitude amazingly well. “It’s a purist sort of thing to do it without oxygen,” says Gill. Though falling short of the highest peak again, Denis made it to Everest’s South Summit—a first for a Canadian without oxygen tanks. After that climb, Denis gave up mountaineering at his family’s behest. Last June, he semi-retired.

On April 12, Denis was on a trip kayaking Washington’s White Salmon River when his boat flipped in rapids. His kayak pinned him under water against a fallen tree trunk. Despite heroic efforts, fellow kayakers could not dislodge him for more than 20 minutes until a local rescue squad arrived and sawed the tree apart. He was 63.