Don’t put that keg of ale away just yet 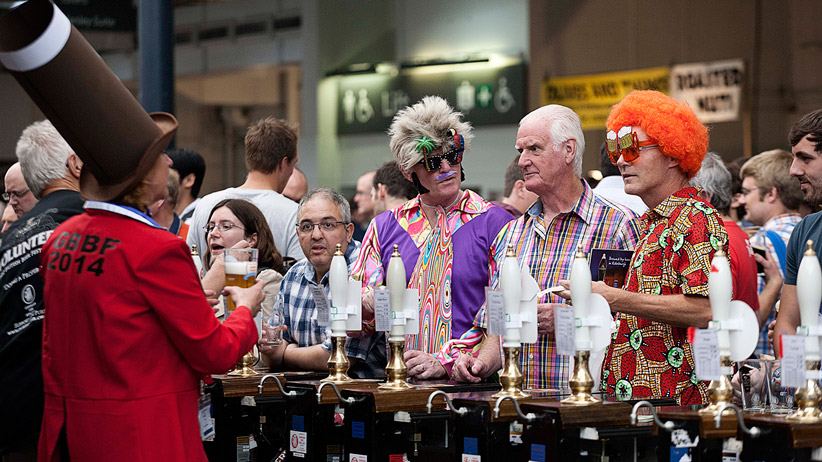 This weekend, at the Evergreen Brickworks in Toronto, six to seven thousand punters will brave the cool weather to drink a kind of ale that goes back to the Iron Age. Some 316 barrels, each containing a different brew, will be tapped in celebration of what Cask Days organizer Tomas Morana calls “the rawest way to serve beer.” In Canada, it also happens to be the trendiest.

Cask ale—unfiltered, unpasteurized, and still fermenting in the vessel from which it’s poured—was virtually unknown here 10 years ago, when the first Cask Days festival was held; now, it’s popping up at bars from Charlottetown to Squamish, B.C. Morana says it “appeals to many different demographics” because in comparison to its kegged counterpart, “it’s not carbonated, and it’s easier on the stomach. The mouth feel, texture, and overall chewiness are more [pronounced], but also, it doesn’t give you that bloated feeling.” Ask a cask ale purist about keg beer, and you’re likely to get a curl of the lip.

The rise of cask ale in Canada owes a lot to Britain’s Campaign for Real Ale (or CAMRA), which was founded in 1971 to save what its members call the only “real ale” from extinction as U.K. pubs became overrun by bland, fizzy, conglomerate keg beer. CAMRA is now Europe’s largest single-issue advocacy group, and its annual Great British Beer Festival (GBBF) attracts nearly 50,000 people. The festival does permit some kegs, but only from countries like Germany and the Czech Republic, where it’s “traditional.”

In snubbing local kegs, however, British traditionalists may have thrown out the baby with the bad lager, and created an image problem for their beloved cask ale. Although CAMRA stresses the development of flavour as beer ferments in casks, some styles of beer may be better suited to kegs. “An India Pale Ale actually shows better on tap with carbonation,” admits Morana. Indeed, British cask producers have tended to default to fairly staid, low-alcohol brownish ales. London’s current brewery boom (there are now 62, an increase of nearly 50 in four years) is dominated by outfits bent on breaking out of this fusty mould, and proving kegged beer needn’t be insipid swill. They’ve imported the U.S. term “craft beer”—as applied to small-batch kegs. And like their American counterparts, they’re reaching young people for whom tradition takes a back seat to adventure.

British cask culture, says London-based marketing consultant Greg Wells, is typified by “old guys with their Pink Floyd and comedy Lord of the Rings T-shirts, and the special [ale] on the hand pump with some quip about the Old World or something naughty.” The GBBF, he says, is “fun; it’s very male-oriented, and, to be honest, it sits in contradiction to every other design and [event] you’re going to” in 2014. Wells co-founded the London Craft Beer Festival last year as a keg-friendly, hipper alternative. CAMRA spokesman Neil Walker counters that the number of female members in the group has “shot up over the last couple of years” and acknowledges the need to appeal to a new generation.

Of course, North America is still in the early days of its infatuation with cask ale. Morana, who sells cask equipment to bars across Canada, says he has noticed “a lot more younger people are starting to enjoy cask beer, and are ordering it without requiring any sort of explanation from bartenders.” This year’s Cask Days is bringing in some of the most lauded brewers from California, such as Stone and Pizza Port; they’ll put their own spin on the cask tradition, offering beers with ingredients such as kaffir lime, calamansi and insanely hot scorpion peppers.

There will be U.K. brewers too, their casks shipped in across the Atlantic. In Britain, there are signs of a détente: some hop-mad craft brewers are experimenting with casks and vice-versa. Paddy Johnson, the brewmaster at cask-oriented brewery Windsor & Eton, and spokesman for the London Brewers Alliance, has this year made cask ales with jasmine petals, coriander, cardamom and guava. He’s now brewing kegged beer, too. “I see hardened old CAMRA drinkers opening cans of blooming craft beer and saying, ‘Well, I thought I’d never drink from a can, but this is really nice.’”

FILED UNDER: beer Food and Drink