A mechanic with a memorable laugh, he devoted his free time to his children, fishing and hunting at their remote family cabin 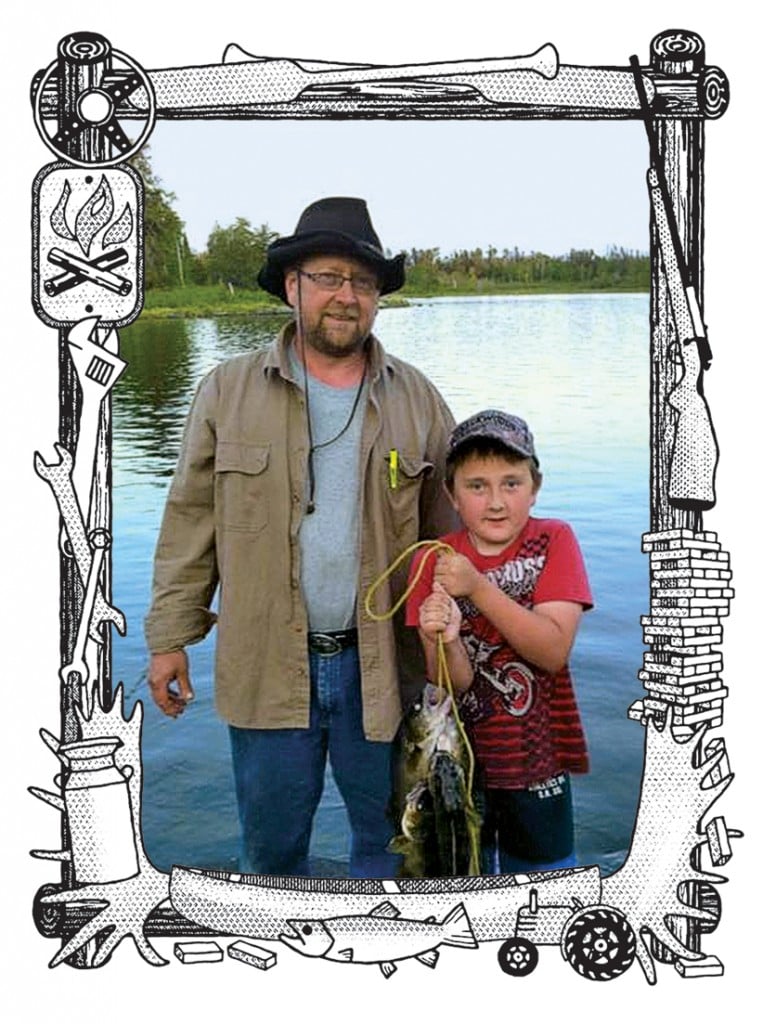 Gary Schellenberg was born Dec. 17, 1966, in Winkler, Man., to Elizabeth and Henry, who owned a gravel and water-hauling business. Gary was the second-youngest of six kids—all boys.

The Mennonite family’s 1.2-hectare homestead in Winkler had an industrial aspect to it, but was everything the boys could want. In summer there were six-metre-tall mounds of dirt and gravel in the yard that the boys rode and jumped their dirt bikes over. “We didn’t grow up wealthy,” says Gary’s older brother Wayne. “I think my mom would have called us ‘upper poor,’ ” he laughs. “But somehow or other our dad always managed to get us the thing that made being a teenage boy a lot of fun.” The boys grew up learning to drive tractors and trucks and they had snowmobiles and a few dirt bikes to share. With his brother Steven, Gary, who displayed mechanical aptitude early on, built a go-cart that they drove around the big yard. “It had a motor on it, steering wheel, but probably no brakes,” remembers Wayne. When Gary was 13, Wayne had a job driving a bulk milk truck. He’d take Gary along on Sunday-afternoon collections from dairy farms. By their third trip together, Gary “knew how to do half my job for me,” laughs Wayne.

In 1982, Gary, who’d quit school in Grade 11 to get a job, went to a bonfire party, eventually chatting with a girl named Linda Fehr. “We sat together that whole eve talking by a fire,” says Linda. The next day, knowing Gary worked at a grocery store, Linda went in and asked Gary on a date. They married two years later. She was 19, he was 18.

They lived in Winkler for two years before moving to Winnipeg, where Gary took a one-year automotive technician course at Red River Community College. After getting his certification, they moved to Falcon Lake, Man., where Linda got a job cleaning rooms and serving at the Falcon Lake Resort; Gary worked at a garage and then did dishes at the resort at night.

After a year they moved to Winnipeg, where Gary worked as a mechanic for the next 11 years at Parkside Ford. “People remembered him by his laugh,” says Linda. “He laughed at everything. He was always happy.”

Gary and Linda had always wanted kids, figuring on between four and six of them. But it wasn’t until 1991 they had their first, Jessie. Then came Russell in 1994, Robynlyn in 2000, and last, Evan, born Sept. 1, 2001. Linda and Gary also fostered, in total, four young children, two of whom are still with the family. In those early years, when they just had two boys, Linda remembers the entire family jumping onto a Harley-Davidson motorcycle and its sidecar for weekend trips back to Winkler to see family. One summer they even motorcycled to Saskatchewan.

Eighteen years ago the family moved to a house with a big yard in West St. Paul, a quiet bedroom community north of Winnipeg. Linda worked at the local Sobeys for five years. In addition to his Parkside job, Gary did automotive repair on the side at home for neighbours. But four years ago, he quit that, saying he wanted more time on weekends and evenings to spend with his kids. And he had a dream. Gary loved fishing and hunting and wanted a cabin for the family.

Gary scoured the Internet searching for a cabin. Four years ago he found a two-bedroom clapboard cabin for sale on the shore of tiny English Lake, 185 km northeast of Winnipeg. It had a big front yard leading to the lake. Gary, says Linda, “liked it because it was far away and a hard place to get to.”

To get there the family had to park several kilometres away and then, depending on the season, either snowmobile or quad 20 minutes to the cabin. It became the nucleus of their family life. Gary took the kids fishing, canoeing and, for the older ones, hunting. Gary barbecued moose or deer burgers or put together pickerel fries. But amongst his greatest joys at the cabin was simply watching his kids play games together. This past Christmas they got Evan the game Jenga, and the entire family had a blast playing it. “Evan,” laughs Linda, “did not like losing.”

On Jan. 24, Gary and his children were at a late-night bonfire in the woods celebrating Robynlyn’s coming birthday. They were snowmobiling home while Evan, who was ahead of the group, turned around. On the lake, in the dark, Gary and Evan somehow collided head on. Both died. Evan was 14. Gary was 49.