A doctor in Antarctica and Kuwait before settling in rural Canada, he worked long hours and delivered countless babies 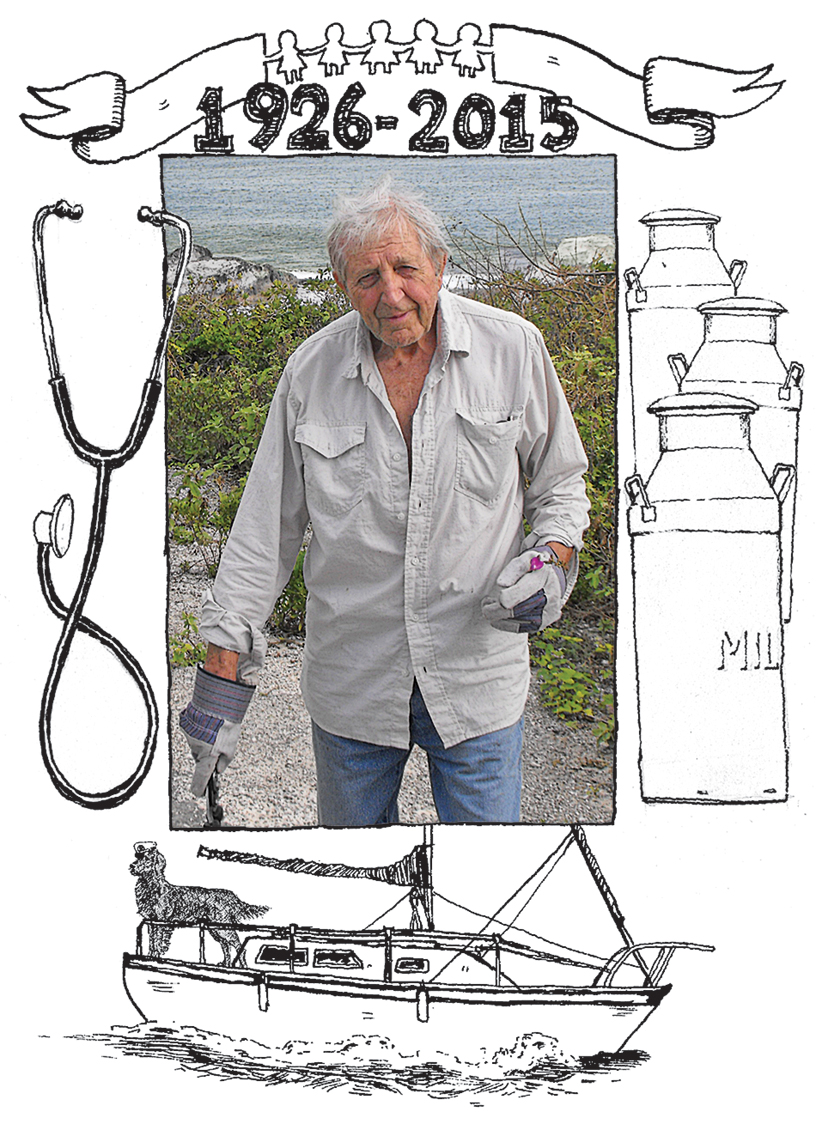 Harry Geoffrey Harding was born on Sept. 11, 1926, in Widnes, England. Geoffrey’s father, Harry, was a soldier in the First World War and, later, a builder. His mother, Margaret Seddon, ran a milk business in town. Geoffrey and his three siblings, Alan, Nora and Nancy, acted as the company’s delivery kids. Twice a day every day, including Christmas, the children grabbed their bikes and cycled around the town, one urn each, ladling the milk to customers.

After attending grammar school and completing his national service in the Royal Horseguards, he got a job as a doctor’s assistant in Germany. He returned with a full-sized medical skeleton in his luggage and a plan: he was going to study medicine. He graduated from the University of Liverpool’s medical school in 1954. Immediately after, he took a post as the doctor on an expedition to Antarctica with a group of surveyors, barely surviving a free-fall down a crevasse. “He always was a tad clumsy,” his sister Nancy says. He then went to work for Getty Oil in Kuwait as the company’s doctor, where he met Veronica, a young Irish nanny who would become his first wife. The couple moved back to Widnes, where he practised family medicine and daughters Janet and Jennifer were born. But they’d always had a fascination with Canada, and when Geoffrey was offered a job as a doctor in rural Saskatchewan in 1964, they decided to go.

In Carnduff, Sask., as the only doctor available for miles, Geoffrey delivered his own daughters, Sarah and Gillian. A few years later, he and Veronica divorced. He moved to Moose Jaw with his four daughters in 1970, raising them on his own and running his practice full-time, spending long hours at his clinic. While working at a hospital in the city, he met a lab tech named Barbara. “He was a sucker for beautiful women,” Sarah says. The pair married and the family moved back to the U.K., where Geoffrey did a specialty in obstetrics and gynecology. “We were a little rambunctious, a little bit wild because we were raised by our dad,” Sarah says. Geoffrey’s fifth daughter, Becky, was born in 1976.

Nine years later, with he and Barbara divorced and the girls enrolled in boarding school, Geoffrey moved back to Canada. This time, he took a position in Lac La Biche, Alta., as a gynecologist. “He always loved the small, remote towns,” Sarah says. “There was definitely a need. I think he was fulfilling that.”

He continued to practise in rural Alberta and B.C. as a family doctor and gynecologist, in communities such as Dawson Creek, New Westminster and Tumbler Ridge. He helped build the first medical clinic in Chetwynd and delivered countless babies there. “Patients knew he lived above his clinic, which meant they would knock on his door at all hours,” Sarah says. When his passion for sailing led him to set up a practice on Gabriola Island in 2004—so he could spend days on his 26-foot boat—some of his patients followed him from Vancouver, taking two ferry rides for an appointment. He was never far from his “son” Punch, a golden retriever who accompanied him to the ofﬁce. Staff and patients would often wait outside his door thinking he was on the phone while, unbeknownst to them, he was actually chatting with Punch.

He had an adventurous streak that didn’t waver as he got older: on his 80th birthday, he got his motorcycle licence, much to the chagrin of his daughters. Once, while recovering from open-heart surgery, he went on a whitewater rafting trip with colleagues, was thrown from the boat and eventually rescued by paddlers on another raft who found him tangled in branches downriver. “He was supposed to be recovering. He was the worst patient,” Sarah says.

He had 13 grandchildren ranging from ages 30 to 2, and was often found cuddling with the younger ones or dispensing advice to the older ones. “He wanted to make sure our kids had a sense of being smart and being capable,” Sarah says.

A few years after his retirement in 2009, Geoffrey began to spend the winter months at his home in the Bahamas, a small house he had built on a plot of land purchased in the early 1960s. On the evening of April 1, 2015, he went to a friend’s place for dinner before returning home to his armchair, overlooking the ocean, to read and maybe work on the Telegraph’s weekly crossword. An intruder entered his home and stabbed him to death. He was 88.